Redis Labs, fresh off its latest funding round, today announced a change to how it licenses its Redis Modules. This may not sound like a big deal, but in the world of open-source projects, licensing is currently a big issue. That’s because organizations like Redis, MongoDB, Confluent and others have recently introduced new licenses that make it harder for their competitors to take their products and sell them as rebranded services without contributing back to the community (and most of these companies point directly at AWS as the main offender here).

“Some cloud providers have repeatedly taken advantage of successful opensource projects, without significant contributions to their communities,” the Redis Labs team writes today. “They repackage software that was not developed by them into competitive, proprietary service offerings and use their business leverage to reap substantial revenues from these open source projects.”

The point of these new licenses it to put a stop to this.

This is not the first time Redis Labs has changed how it licenses its Redis Modules (and I’m stressing the “Redis Modules” part here because this is only about modules from Redis Labs and does not have any bearing on how the Redis database project itself is licensed). Back in 2018, Redis Labs changed its license from AGPL to Apache 2 modified with Commons Clause. The “Commons Clause” is the part that places commercial restrictions on top of the license.

That created quite a stir, as Redis Labs co-founder and CEO Ofer Bengal told me a few days ago when we spoke about the company’s funding.

“When we came out with this new license, there were many different views,” he acknowledged. “Some people condemned that. But after the initial noise calmed down — and especially after some other companies came out with a similar concept — the community now understands that the original concept of open source has to be fixed because it isn’t suitable anymore to the modern era where cloud companies use their monopoly power to adopt any successful open source project without contributing anything to it.” 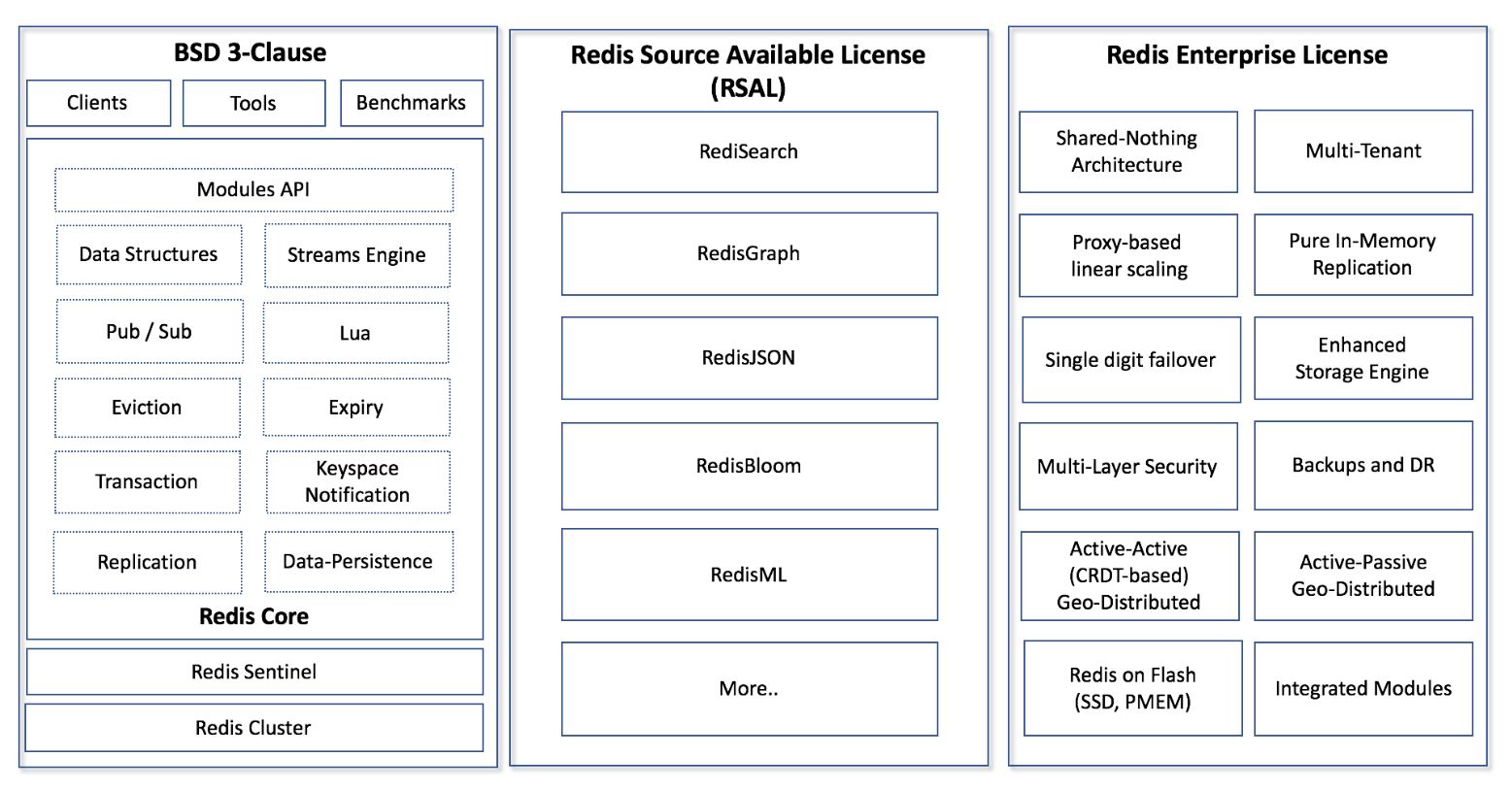 The way the code was licensed, though, created a bit of confusion, the company now says, because some users thought they were only bound by the terms of the Apache 2 license. Some terms in the Commons Clause, too, weren’t quite clear (including the meaning of “substantial,” for example).

So today, Redis Labs is introducing the Redis Source Available License. This license, too, only applies to certain Redis Modules created by Redis Labs. Users can still get the code, modify it and integrate it into their applications — but that application can’t be a database product, caching engine, stream processing engine, search engine, indexing engine or ML/DL/AI serving engine.

This is surely not the last we’ve heard of this. Sooner or later, more projects will follow the same path. By then, we’ll likely see more standard licenses that address this issue so other companies won’t have to change multiple times. Ideally, though, we won’t need it because everybody will play nice — but since we’re not living in a utopia, that’s not likely to happen.