The handset is the budget variant of the flagship. In other words, it’s sort of like Samsung’s take on the iPhone XR. At $750, it’s not cheap, cheap. The company’s got plenty of phones that fit that bill, if you’re on a budget. Instead, it’s a reasonably affordable alternative to the ever-escalating price of flagships — and a way to get a version of the S10 without breaking the bank. 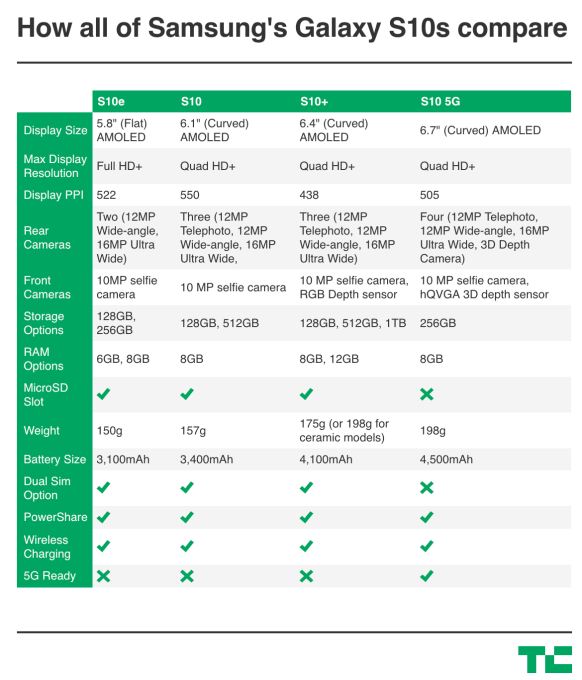 Like the iPhone XR, the S10e is a tacit acknowledgement that flagship phones have been priced out of the reach of many users. It’s also an attempt to appeal to developing markets, while reacting to slowed upgrade cycles and increased pricing competitions from companies like Huawei, who have demonstrated that flagships don’t need to cost an arm and a leg.