Facebook is updating its privacy settings on Android to make it easier for users to control what location data is sent to and stored by the company.

In its announcement, Facebook acknowledged that Android users have expressed concern over the app’s ability to continuously log location data in the background. Due to Android’s all-or-nothing system of location permissions relative to iOS, the Facebook app has historically had the green light for collecting location data whether a user is actively in the app or not. 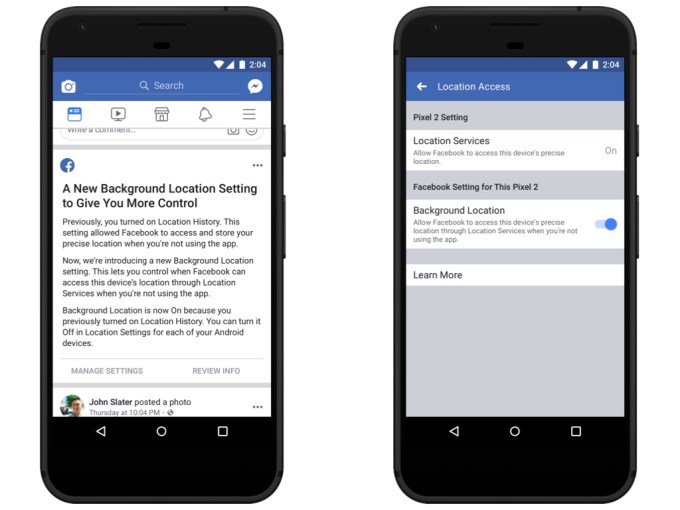 While the company stopped short of admitting the practice, Facebook for Android users who previously had location services enabled can probably assume that Facebook was extensively tracking their location even when they weren’t actively using the app. Facebook describes the choice to toggle location history on as “[allowing] Facebook to build a history of precise locations received through Location Services on your devices.”

Android users who previously allowed Facebook access to their location data will retain those settings, though they’ll receive an alert about the new location controls. For users who kept the location settings for Facebook disabled, those permissions will remain toggled off. While these changes apply only to Android users, Facebook also noted that it would send out an alert to iOS users to remind them to reevaluate their location history settings.

If your location history isn’t something you’ve thought much about before, it’s worth spending a minute to consider how comfortable you are with that depth of personal data being transmitted continuously to a company with Facebook’s privacy track record. Remember: Once that information is out of your hands, you have little to no control over what happens with it.