European multimodal travel booking platform GoEuro has announced a change of name and destination: Its new ambition is to go global, scaling beyond its regional grounding to tackle the challenge of intercity travel internationally — hence needing a more expansive brand name.

The name it’s chosen is Omio, pronounced with the stress on the ‘me’ sound in the middle of the word.

GoEuro unveiled a new brand identity late last year — which it says now was preparing the ground for this full rebranding.

So why Omio? CEO and founder Naren Shaam tells TechCrunch the new name was chosen to be memorable, lighthearted and neutral. A word that travels inoffensively across languages was also clearly essential.

“It took a while — probably eight months — to do the search on the name,” he says. “The hard thing about the name is a few criteria we had. One was that it had to be short, easy to remember, and four letter names are just non-existent now.

“It had to be lighthearted because travel inherently comes with a lot of stress to consumers… Every time you book travel it’s a lot of anxiety and then relief after you book it etc. So we want to change that behavior to customers; saying we will take care of your journey.”

The multimodal travel startup, which was founded back in 2012, also says it’s happy to have been able to retain a ghost of its old brand — thanks to the double ‘o’ in both names — which it intends to suggestively stand in for the beginning and end of a journey.

In Europe the travel aggregator tool that’s been known since launch as GoEuro — and soon, within a matter of weeks, Omio, everywhere it operates — has some 27 million monthly users tapping into the convenience of a platform that knits together train travel, bus trips, flights and most recently ferries to offer the most comprehensive coverage available of longer distance travel options in the region.

Europe is heavily networked for transport, with multiple intercity travel options to choose from. But it is also massively fragmented across a huge mix of providers (and languages) making it challenging for travellers to navigate, compare and book across so many potential options.

Taming this complexity via a multimodal search and comparison tool that now also integrates booking for most ground-based travel options (and some flights) on one platform has been GoEuro’s mission to-date. And now it’s Omio’s tackle globally.

“Global transport is not on a single product. What we bring is way more than just air, in terms of all ground transportation,” says Shaam. “So for me the problem of how do I get from Kyoto to Tokyo, or Rio to Sao Paulo. Or somewhere in Southeast Asia in Thailand is still a global problem. And it’s not yet solved. And so for us it’s the right time to evolve the brand… It’s definitely time to step out and say we want to build a global brand. We want to be that transport product across the world where we can serve all transport globally.”

While GoEuro is in some senses a quintessentially European business — Shaam says he “couldn’t have imagined” building a multimodal transport platform out of the US, for instance, where travel is so dominated by airlines and cars — he suggests that sets the business up to tackle similar complexity elsewhere.

Putting in the hard graft of negotiating partnerships and nailing technical integrations with multiple transport providers, large and tiny, also isn’t the sort of tech business prone to fast-following platform clones. So Omio suggests competition at a global scale will most likely be piecemeal, from multiple regional players.

“When I look beyond Europe the problem that I experienced in Europe in 2010 [which inspired me to set up GoEuro] is definitely a problem I experience still globally,” he says. “So when we can figure out how to bring 100,000 remote train and bus stations plugged into a uniform, normalized product and then give a single-click mobile ticket that works everywhere why not actually solve this problem globally?”

That translates into having “the engineering and the product and the means” to scale what GoEuro has done for travel in Europe internationally, moving to other continents with their own blend and mix of transport options and challenges.

Shaam notes that Omio employs more than 200 engineers within a company that has a staff of 300 — emphasizing also that the partnerships plus all the engineering that sits behind the aggregator’s front end take a lot of resource to maintain.

“I agree it is such a European startup. And it has served us well to get 27M monthly users traveling across Europe. Last year alone we served something like eight million unique routes. So the density of routes that we have is great. We already have global users; we have users from 100+ countries,” he says, adding: “If you look at Europe, European companies are starting to go on the global stage more and more now.

“You can see Spotify being one of the largest global tech companies coming out of Europe. You’ve seen some in the fintech space. Industries where there’s heavy fragmentation in Europe allow us to build global products because Europe is a great product market.” 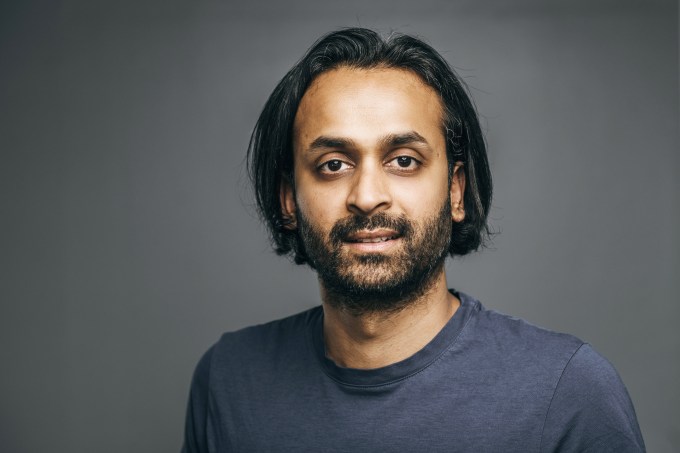 On the international expansion horizon, Omio says its considering expanding into South America, Asia and the U.S. Although Shaam says no decisions have yet been taken as to the regions and markets it might move into first.

He also readily accepts the goal of building a global travel aggregator is a long term mission, with the partnerships, engineering and legacy technology integrations that will have to underpin the expansion all requiring time (and money) to work through.

There’s also no suggestion that Omio intends to offer a more lightweight transport proposition as a strategy to elbow its way into new markets, either.

“If we go into the U.S. the goal is not to just offer another airline product,” he says. “There’s enough websites out there that do exactly that. So we will offer something different. And our competition will also be regional companies that offer something similar in each market.”

In a year’s time, Shaam says he hopes to have further deepened the platform’s coverage and usage in Europe — noting there are more transport dots to connect in markets including Portugal, Ireland, Norway, Sweden, plus parts of Eastern Europe (as well as “very heavily fragmented” bus providers in Spain and Italy).

By then he says he also wants to have “a clear answer to what are the two next big continents we want to expand into and have people that are ready to do that”.

So connecting the dots of intercity travel is very evidently a far slower-paced business than heavily VC-backed innercity transport plays — which have attracted multiple billions in funding in very short order thanks to fast usage velocity and revenue growth vs GoEuro’s modest (by contrast) ~$300M.

Nonetheless Shaam is convinced the intercity opportunity is still “a big market”. Perhaps not as massive as micromobility, ride-hailing and so on but still big and relatively under-invested, as he sees it.

So how will GoEuro as Omio approach scaling a travel business that is, necessarily, so very grounded in fixed and non-uniform transport infrastructure? He suggests the business will be able to draw on what is already years of experience integrating with transport providers of various types and sizes to support the new global push.

It’s developed what he describes as an “a la carte” menu of products for different sized travel providers — arguing this established menu of tools will help scale into new markets in fresh geographies, even while conceding there are other aspects of the business that will not be so easily replicable.

“Over time we built a lot of tooling that adapts to the different types of suppliers. So, for example, if you’re a large state-owned operator… that has very different systems built for decades basically vs a tiny bus company that runs from Naples to Positano that nobody even knows the name of or no technology it stands on we have different products that we offer to each of them.

“We have all the tooling built out so it’s basically ‘plug and play’ for us to do. So this thing doesn’t change. That’s portable.”

What will be new for Omio is international product market fit, with Shaam saying, for example, that it won’t necessarily be able to rely on the same sort of network effects it sees in Europe that help drive usage.

“It’s not quick,” he concedes. “That’s why we’d rather launch now because I can’t tell you that in three months we’ll have had four more continents covered, right. This is a long term play but we’ve raised enough capital to make sure we’re here for that long term journey.”

“We have a name that people know and we can build technology,” he adds, expanding on what Omio can bring to the table as it tries to sell its platform to travel providers everywhere. “We’ve worked with 800+ suppliers. So from a commercial standpoint, people know who we are and how much scale we can bring in terms of their fixed cost businesses — so we can sell a lot of tickets for all of them. We can bring international tourists from a global audience. And we can really fill up seats. So people know that you put your supply on our product and we instantly scale because the existing demand is just so large.”

The Berlin-based startup closed a $150M funding round last fall so it’s not short of immediate resources to support the new hires it’ll be looking to add to start building out its global roadmap.

Shaam also notes it brought in more Asian capital with its last round, which he says he hopes will help “with this globalization capital”. Most of the investors it added then are also geared towards longer term returns vs traditional VC, he adds.

Omio is not currently in the process of raising another funding round, according to Shaam, though he confirms it does plan to raise more in future as it works towards the global vision of a single platform to help travellers move all over the world.

“The amount of capital that’s gone into intercity transport is tiny compared to innercity transport,” he notes. “That means that if you’re still going after a global problem that we want to solve that means that we need to raise capital at some point in the future. For now we’re just very comfortable with what we have but it doesn’t mean that we’ll stop.”

One potential future market Omio is likely to approach only very cautiously is China.

A b2c partnership with local travel booking platform Qunar, which GoEuro inked back in 2017, to link Chinese consumers with European travel opportunities, means Omio has a commercial reason to be sensitive of any moves into that market.

The complexity and challenge of going into China as an outsider is of course another major reason to go slow.

“I want to say very carefully that China is a market we need a lot more time to understand before we go into, as I think there’s enough lessons learned from all the tech companies from the West,” says Shaam readily. “It’s not going to be a rushed decision. So in that case the partnership with have with Qunar — I don’t see any changes in the near term because going into China is a big step for us. And it’s not an easy decision anyway.”