Boston and New York have been sporting rivals for decades, constantly fighting over bragging rights across all four major sports, but today the two cities had something in common neither was probably hoping for. Both had major tech companies back out of massive deals on the same day.

It turns out, however, the two cities lost the deals for entirely different reasons. For NY, Amazon wasn’t pleased with the political greeting it received and decided it wasn’t going to be friendly enough for its liking. In the Boston case, it was entirely an economic decision as GE’s fortunes have changed considerably since it made its plans in 2016. 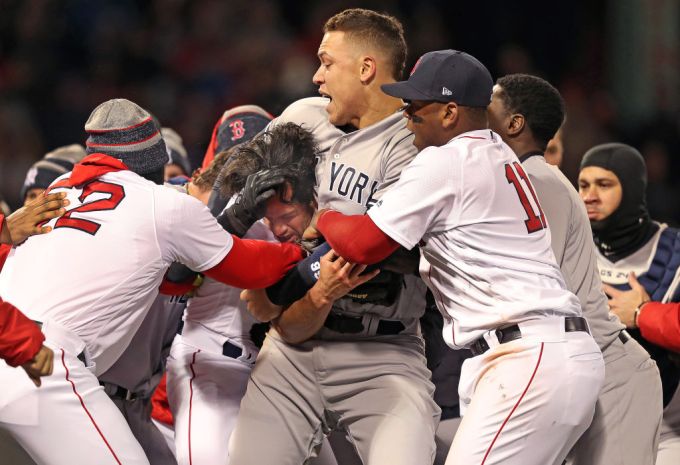 In New York, Amazon announced it was canceling plans to put its HQ2 in Long Island City. Folks who bought speculative real estate are certainly bumming today, but it turns out that Amazon had trouble with even just a little political push-back. In a statement, it laid the blame on politicians, who had the audacity to question Amazon about its employment practices.

“While polls show that 70% of New Yorkers support our plans and investment, a number of state and local politicians have made it clear that they oppose our presence and will not work with us to build the type of relationships that are required to go forward with the project we and many others envisioned in Long Island City,” Amazon said in a statement.

As for Boston, it wasn’t quite so political as that. It was more that GE decided to build its headquarters in the Fort Point area of Boston at a time when it was doing reasonably well. Since that time, the company has gone through a couple of CEOs and the stock price has plummeted. It has sold or spun off divisions including its Industrial IoT business.

It has not been on a positive trend for some time, and it resulted in the announcement today that the company plans to sell the new Boston headquarters and pay Massachusetts the $87 million it received in incentives to come there. While the Boston Globe reports the company will still have a presence in Boston, it won’t be generating the 800 jobs it once promised and won’t be in the shiny new building in Fort Point.

These aren’t the first deals to go south this year. In Wisconsin, Foxconn announced it was canceling plans to build a factory there after receiving massive incentives from the state. It took intervention from the president to get the deal back on track, but it’s still not entirely clear it’s going to happen. There has been criticism of the size of tax breaks the company received to build in Wisconsin.

As I wrote last year in an article on high-tech tax breaks, Amazon isn’t alone in getting them, and they don’t always turn out the way you hope:

It’s not hard to find projects that didn’t work out. A $2 million tax subsidy deal between Massachusetts and Nortel Networks in 2008 to keep 2200 jobs in place and add 800 more failed miserably. By 2010 there were just 145 jobs left at the facility and the tax incentive lasted another 4 years, according to a Boston.com report.

Regardless, for today at least both New York and Boston face similar fates when it comes to their reliance on big companies to provide them jobs in exchange for big tax incentives. It’s a lesson for every government and tax payer to beware the fickle minds of large corporations looking for the friendliest terms. Sometimes you might not get what you were bargaining for.

Amazon isn’t the only tech company getting tax breaks