The company has built a desktop machine, called OLO, that analyzes cartridges manually loaded with drops of the patient’s blood — performing blood counts in situ.

The new funding is led by VC firm Longliv Ventures, also based in Israel, and a member of the multinational conglomerate CK Hutchison Group.

Sight Diagnostics said it was after strategic investment for the Series C — specifically investors that could contribute to its technological and commercial expansion. And on that front CK Hutchison Group’s portfolio includes more than 14,500 health and beauty stores across Europe and Asia, providing a clear go-to-market route for the company’s OLO blood testing device.

Other strategic investors in the round include Jack Nicklaus II, a healthcare philanthropist and board member of the Nicklaus Children’s Health Care Foundation; Steven Esrick, a healthcare impact investor; and a “major medical equipment manufacturer” — which they’re not naming.

Sight Diagnostics also notes that it’s seeking additional strategic partners who can help it get its device to “major markets throughout the world”.

Commenting in a statement, Yossi Pollak, co-founder and CEO, said: “We sought out groups and individuals who genuinely believe in our mission to improve health for everyone with next-generation diagnostics, and most importantly, who can add significant value beyond financial support. We are already seeing positive traction across Europe and seeking additional strategic partners who can help us deploy OLO to major markets throughout the world.”

The company says it expects that customers across “multiple countries in Europe” will have deployed OLO in actual use this year. 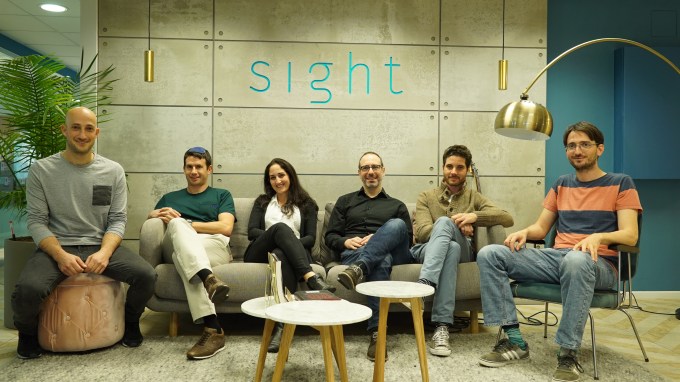 Existing investors OurCrowd, Go Capital, and New Alliance Capital also participated in the Series C. The medtech startup, which was founded back in 2011, has raised more than $50M to date, only disclosing its Series A and B raises last year.

The new funding will be used to further efforts to sell what it bills as its “lab-grade” point-of-care blood diagnostics system, OLO, around the world. Although its initial go-to-market push has focused on Europe — where it has obtained CE Mark registration for OLO (necessary for commercial sale within certain European countries) following a 287-person clinical trial, and went on to launch the device last summer. It’s since signed a distribution agreement for OLO in Italy.

“We have pursued several pilots with potential customers in Europe, specifically in the UK and Italy,” co-founder Danny Levner tells TechCrunch. “In Europe, it is typical for market adoption to begin with pilot studies: Small clinical evaluations that each major customers run at their own facilities, under real-world conditions. This allows users to experience the specific benefits of the technology in their own context. In typical progress, pilot studies are then followed by modest initial orders, and then by broad deployment.”

The funding will also support ongoing regulatory efforts in the U.S., where it’s been conducting a series of trials as part of FDA testing in the hopes of gaining regulatory clearance for OLO. Levner tells us it has now submitted data to the regulator and is waiting for it to be reviewed.

“In December 2018, we completed US clinical trials at three US clinical sites and we are submitting them later this month to the FDA. We are seeking 510(k) FDA clearance for use in US CLIA compliant laboratories, to be followed by a CLIA waiver application that will allow for use at any doctor’s office. We are very pleased with the results of our US trial and we hope to obtain the FDA’s 510(k) clearance within a year’s time,” he says.

“With the current funding, we’re focusing on commercialization in the European market, starting in the UK, Italy and the Nordics,” he adds. “In the US, we’re working to identify new opportunities in oncology and pediatrics.”

Funds will also go on R&D to expand the menu of diagnostic tests the company is able to offer via OLO.

The startup previously told us it envisages developing the device into a platform capable of running a portfolio of blood tests, saying each additional test would be added individually and only after “independent clinical validation”.

The initial test OLO offers is a complete blood count (CBC), with Sight Diagnostics applying machine learning and computer vision technology to digitize and analyze a high resolution photograph of a finger prick’s worth of the patient’s blood on device.

The idea is to offer an alternative to having venous blood drawn and sent away to a lab for analysis — with an OLO-based CBC billed as taking “minutes” to perform, with the startup also claiming it’s simple enough for non-professional to carry out, whereas it says a lab-based blood count can take several days to process and return a result.

On the R&D front, Levner says it sees “enormous potential” for OLO to be used to diagnose blood diseases such as leukemia and sickle cell anemia.

“Also, given the small amount of blood required and the minimally-invasive nature of the test when using finger-prick blood samples, there is an opportunity to use OLO in neonatal screening,” he says. “Accordingly, one of the most important immediate next steps is to tailor the test procedures and algorithms for neonate screening.”

Levner also told us that some of its pilot studies have looked at evaluating “improvements in operator and patient satisfaction”. “Clearly standing out in these studies is the preference for finger-prick-based testing, which OLO provides,” he claims.

One key point to note: Sight Diagnostics has still yet to publish peer reviewed results of its clinical trials for OLO. Last July it told us it has a publication pending in a peer-reviewed journal.

“With regards to the peer-reviewed publication, we’ve decided to combine the results from the Israel clinical trials with those that we just completed in the US for a more robust publication,” the company says now. “We expect to focus on that publication after we receive FDA approval in the US.”