LinkedIn — the social network for the working world with close to 600 million users globally — says that video is the fastest-growing format on its platform alongside original written work, shared news and other content. Now it’s taking its next step in the medium in earnest.

This week, the company is launching live video, giving people and organizations the ability to broadcast real-time video to select groups, or to the LinkedIn world at large.

Launching in beta first in the U.S., LinkedIn Live (as the product is called) will be invite-only. In coming weeks, LinkedIn will also post a contact form for others who want to get in on the action. It’s not clear when and if LinkedIn will make it possible for everyone to create LinkedIn Live videos, but if you consider how it developed its publishing features for written work, that will come later, too. 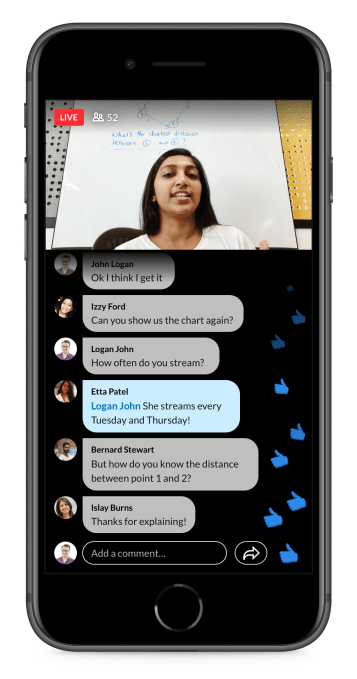 Initial live content that LinkedIn hopes to broadcast lines up with the kind of subject matter you might already see in LinkedIn’s news feed: the plan is to cover conferences, product announcements, Q&As and other events led by influencers and mentors, office hours from a big tech company, earnings calls, graduation and awards ceremonies and more.

And to underscore how LinkedIn is keen to develop this — especially in its first phase — not as rough-and-ready user-generated content, but as streams of the kinds of videos that fit with its wider ethos, it has selected several third-party developers of live broadcasting streaming services that creators will work with to create and post more polished live video on LinkedIn.

These include Wirecast, Switcher Studio, Wowza Media Systems, Socialive and Brandlive, “with more to come in the following weeks,” LinkedIn said.

There is another technical partner for LinkedIn’s live video effort, too: Microsoft, whose Azure Media Services, part of its cloud division, is providing encoding. Although Microsoft acquired LinkedIn in 2016, it has mostly kept a distance in terms of knitting together product development between the two, so this is a notable exception. Skype, incidentally, is not part of this video effort.

Compared to its competitors in the social networking sphere, LinkedIn has been a late bloomer when it comes to video.

Amid developments from competitors like Twitter and Facebook going back years to bring more engagement to its platforms with the use of moving pictures, the Microsoft-owned LinkedIn introduced its first native video features only in the summer of 2017.

But in the 17 months since launching video features, LinkedIn has seen a big boost in traffic and revenues from (non-live) video on its platform.

“Video is the fastest growing format on our platform right now, and the one most likely to get people talking,” said Pete Davies, the director of product management at LinkedIn. He and LinkedIn declined to give specific figures in terms of how many video creators or viewers there are, except to note that “millions” of LinkedIn members have used the feature.

Davies said that live video has been a big request — not least, I’d wager, because it is such a prominent part of how video is being used on other social platforms like YouTube, Facebook and Twitter, putting the functionality front of mind. 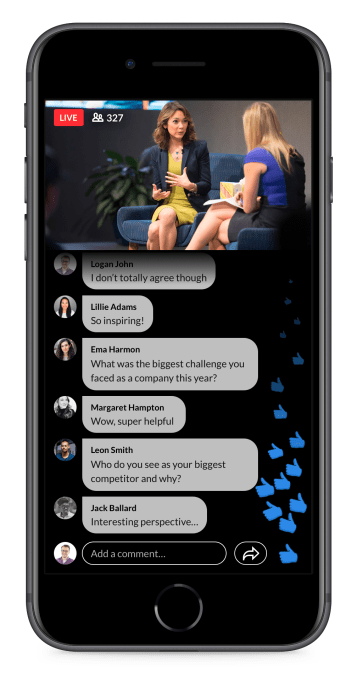 “Live has been the most requested feature,” he said. These other social platforms are serving as a template of sorts: as with these other platforms, users can “like” videos as they are being broadcast, with the likes floating along the screen. Viewers can ask questions or make suggestions in the comments in real time. Hosts can moderate those comments in real time, too, to remove harassing or other messages, Davies added.

There may be another reason beyond user requests for why LinkedIn is expanding video: it’s proving to be a strong engine for engagement and revenue growth at the company.

So far, the only monetization that LinkedIn has introduced around video is for video advertising. While Microsoft does not break out how much LinkedIn brings in in advertising revenues, much less video advertising, Microsoft reported in its last quarterly earnings that revenues at LinkedIn were up 29 percent, with a reference to growing its ads business specifically: “with record levels of engagement highlighted by LinkedIn sessions growth of 30 percent.”

With LinkedIn looking at tapping into unique content with LinkedIn Live, there is a clear opportunity for the company to explore other ways of monetizing the content beyond ads. For example, it could charge viewers for unique experiences like conferences, or make certain Live events part of the company’s paid tier to lure in more premium subscribers. On the part of the broadcasters, it could potentially provide fee-based services to provide a platform to broadcast certain content like video-based earnings reports.

LinkedIn wouldn’t comment on future monetization plans, and for now isn’t even putting video ads into LinkedIn Live videos. “That will come down the road, but for right now we are focused on awesome use cases,” said Peter Roybal, head of video product management, in an interview. “This could even be a way to try out some new ideas.”