Facebook’s crack down on non-consensual ad targeting last year will finally produce results. In March, TechCrunch discovered Facebook planned to require advertisers to pledge that they had permission to upload someone’s phone number or email address for ad targeting. That tool debuted in June, though there was no verification process and Facebook just took businesses at their word despite the financial incentive to lie. In November, Facebook launched a way for ad agencies and marketing tech developers to specify who they were buying promotions “on behalf of.” Soon that information will finally be revealed to users. 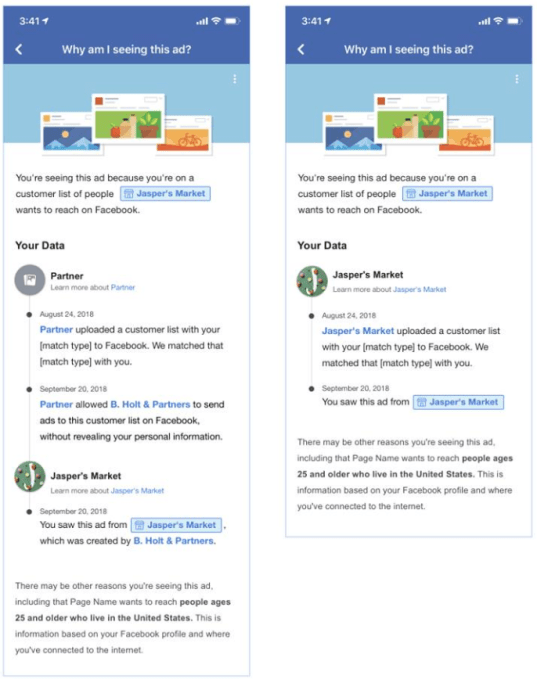 Facebook’s new Custom Audiences transparency feature shows when your contact info was uploaded and by whom, and if it was shared between brands and partners 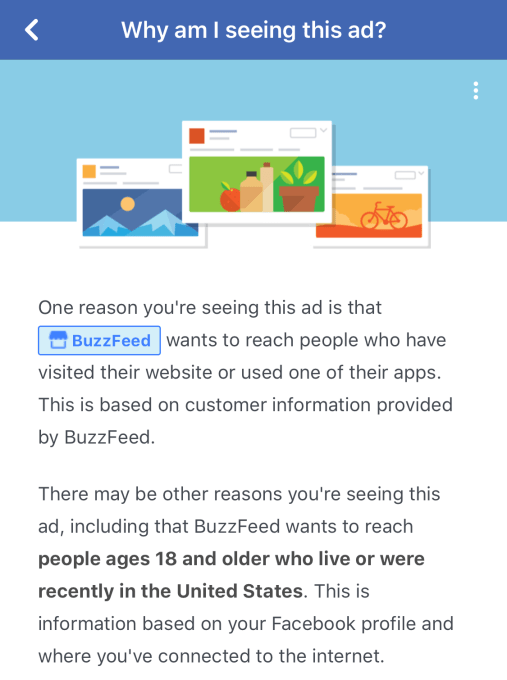 Facebook previously only revealed what brand was using your contact info for targeting, not who uploaded it or when

Starting February 28th, Facebook’s “Why am I seeing this?” button in the drop-down menu of feed posts will reveal more than the brand that paid for the ad, some biographical details they targeted and if they’d uploaded your contact info. Facebook will start to show when your contact info was uploaded, if it was by the brand or one of their agency/developer partners and when access was shared between partners. A Facebook spokesperson tells me the goal is to keep giving people a better understanding of how advertisers use their information.

The move comes in the wake of Facebook attaching immediately visible “paid for by” labels to more political ads to defend against election interference. With so many users concerned about how Facebook exploits their data, the Custom Audiences transparency feature could provide a small boost of confidence in a time when people have little faith in the social network’s privacy practices.