Machine learning and all its related forms of “AI” are being used to work on just about every problem under the sun, but even so, stemming the alarming decline of the bee population still seems out of left field. In fact it’s a great application for the technology and may help both bees and beekeepers keep hives healthy.

The latest threat to our precious honeybees is the Varroa mite, a parasite that infests hives and sucks the blood from both bees and their young. While it rarely kills a bee outright, it can weaken it and cause young to be born similarly weak or deformed. Over time this can lead to colony collapse.

The worst part is that unless you’re looking closely, you might not even see the mites — being mites, they’re tiny: a millimeter or so across. So infestations often go on for some time without being discovered.

Beekeepers, caring folk at heart obviously, want to avoid this. But the solution has been to put a flat surface beneath a hive and pull it out every few days, inspecting all the waste, dirt and other hive junk for the tiny bodies of the mites. It’s painstaking and time-consuming work, and of course if you miss a few, you might think the infestation is getting better instead of worse.

Machine learning to the rescue! 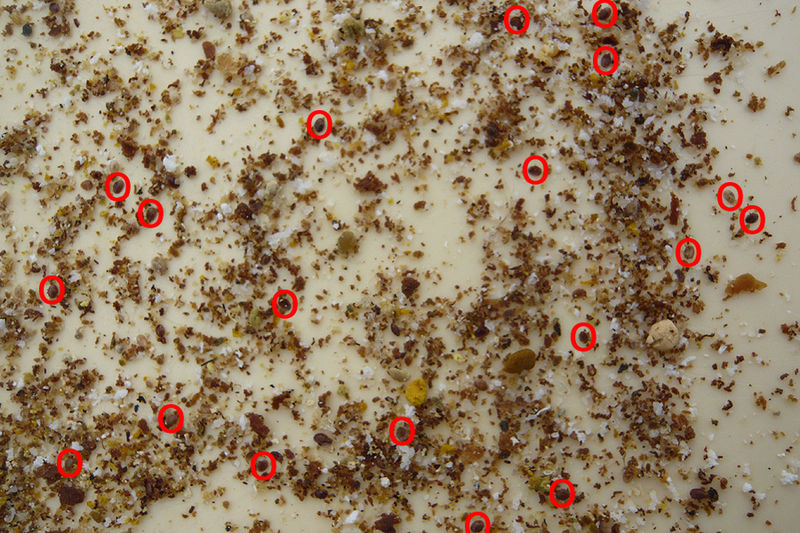 As I’ve had occasion to mention about a billion times before this, one of the things machine learning models are really good at is sorting through noisy data, like a surface covered in random tiny shapes, and finding targets, like the shape of a dead Varroa mite.

Students at the École Polytechnique Fédérale de Lausanne in Switzerland created an image recognition agent called ApiZoom trained on images of mites that can sort through a photo and identify any visible mite bodies in seconds. All the beekeeper needs to do is take a regular smartphone photo and upload it to the EPFL system.

The project started back in 2017, and since then the model has been trained with tens of thousands of images and achieved a success rate of detection of about 90 percent, which the project’s Alain Bugnon told me is about at parity with humans. The plan now is to distribute the app as widely as possible.

“We envisage two phases: a web solution, then a smartphone solution. These two solutions allow to estimate the rate of infestation of a hive, but if the application is used on a large scale, of a region,” Bugnon said. “By collecting automatic and comprehensive data, it is not impossible to make new findings about a region or atypical practices of a beekeeper, and also possible mutations of the Varroa mites.”

That kind of systematic data collection would be a major help for coordinating infestation response at a national level. ApiZoom is being spun out as a separate company by Bugnon; hopefully this will help get the software to beekeepers as soon as possible. The bees will thank them later.