Telecom company Altice is about to close a significant investment in French startup Molotov — the two companies have entered into exclusive negotiations. While terms of the deal are undisclosed, Altice is investing a large sum of money and should end up with a majority stake in Molotov — it’s more like a fundraising round than a traditional acquisition.

“We’re doing a 60/40 deal,” Molotov co-founder and CEO Jean-David Blanc told me. “Altice is taking 60 percent of Molotov. Existing investors remain shareholders and are even putting more money for some.”

Molotov had raised around $35 million from Idinvest (Benoist Grossmann), Sky, TDF, Cherry Tree Invest and others. This is an interesting move as it greatly increases the reach of Molotov and opens up some new opportunities when it comes to internationalization, content and more.

Molotov is an over-the-top streaming platform in France. You can find all major TV channels, stream live content and watch replays for free. There are optional subscriptions to unlock more features, such as cloud recordings and premium channels.

The service is available on all major platforms — desktop, mobile, tablet, Apple TV, Android TV, Amazon Fire TV, smart TVs from Samsung, LG, Panasonic, etc. It is one of the most popular apps on tvOS and Android TV, always at the top of the stores with Netflix and myCanal.

When I last covered Molotov, the company told me that it has 7 million users in France. Every day, 1.2 million users watch something on Molotov. They stream a total of 1.1 million hours of content. As you can see, those Molotov sessions can be quite long.

Altice currently operates in France under the name SFR, Israel, Portugal and Dominican Republic. Like many telecom companies, Altice and its founder Patrick Drahi also has invested in content and media.

The company owns NextRadioTV (BFM TV, BFM Business, BFM Paris, RMC Story and RMC Découverte). It operates premium sports channels, as the company currently has the distribution rights of the Premier League in France. It owns different newspapers and magazines, such as Libération and L’Express.

As Altice has already negotiated distribution rights with every TV network in France for its own set-top boxes, you can imagine a better offering on Molotov in the coming months. For instance, you could imagine being able to subscribe to Canal+ or BeIN Sports from Molotov. Restrictions on some channels, such as TF1 and M6, will likely disappear, as well.

Molotov is already thinking about new products. For instance, hotel chains have been asking for a special version of Molotov so that they can get rid of their complicated TV setup. Now, Molotov can collaborate with Altice’s B2B division to sell a software-as-a-service version of Molotov.

While the service will remain available to everyone even, if you’re an Orange subscriber for instance, SFR customers will get an extended version of Molotov for free. Altice will keep the name Molotov.

Blanc will remain at the helm of Molotov and the company will remain more or less the same for now. “We won’t have employees moving from one company to the other. Obviously there will be interactions between the companies, but they’ll remain autonomous,” Blanc said.

With this open approach, Altice doesn’t just want to integrate the service into its offering. Molotov will remain an independent service and grow independently from Altice’s telecom operations. 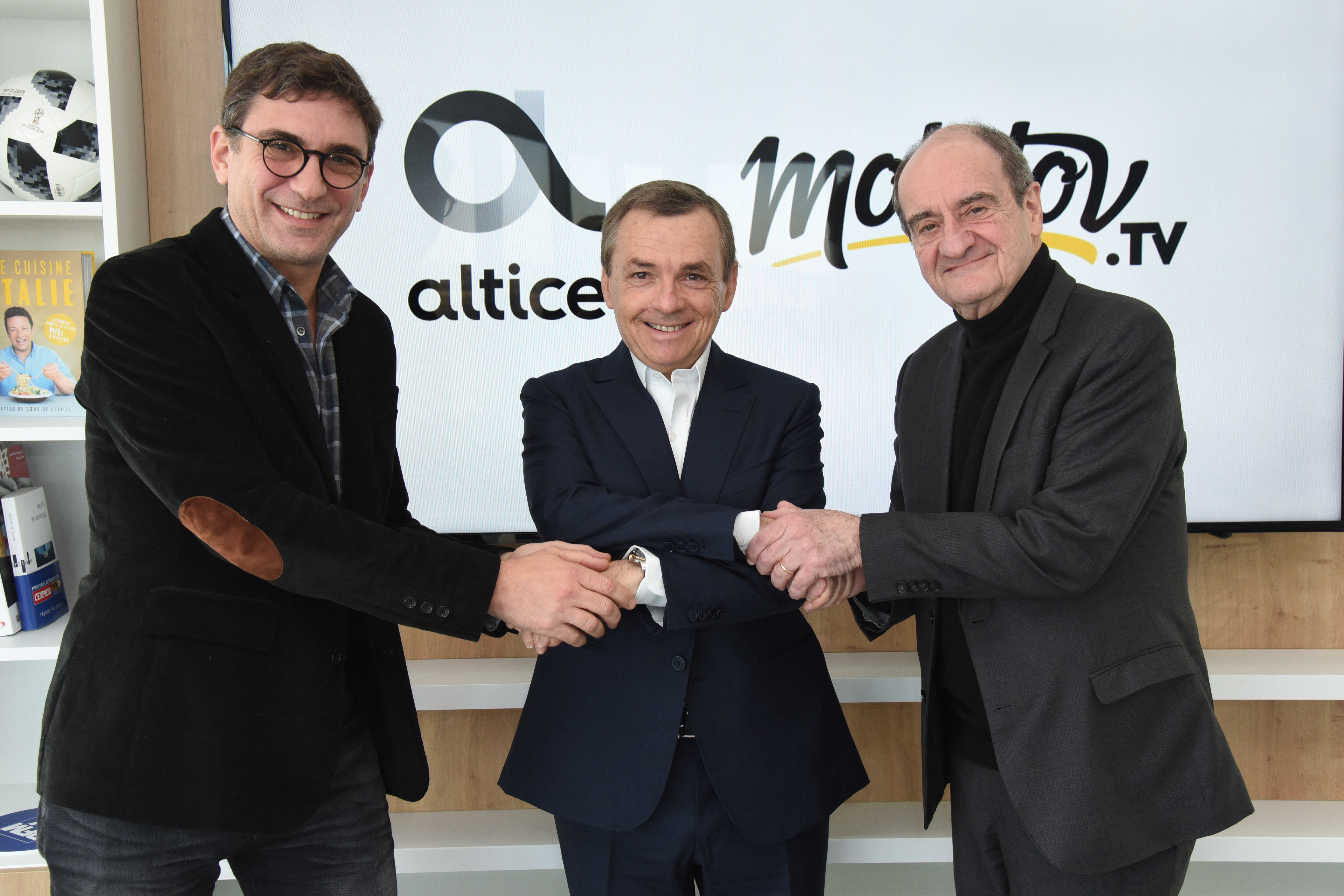