Astro, the company behind Luna Display and Astropad, is releasing a major software update that will drastically improve performance. According to the company’s own testing, you should expect as much as a 100 percent performance increase when it comes to latency and refresh rate.

Luna Display lets you use your iPad as a second monitor for your laptop. For instance, if you’re traveling and you can’t get any work done without an external display, you can use Luna Display to move macOS windows across your laptop display and your iPad.

Some people have also been using it with a home server. For instance, you can use Luna Display to control a Mac Mini using an iPad, a wireless keyboard and a wireless mouse. You’re no longer tied to a desk.

Compared to similar apps, Luna Display relies on a hardware dongle. This tiny USB-C or Mini DisplayPort device emulates a display. In your Mac settings, it looks like you plugged in a standard display even though it’s just a tiny key.

Astropad is a separate app for creative professionals. It lets you mirror your Mac display and use Photoshop with your Apple Pencil. They both rely on the same rendering engine.

And today’s update is all about performance. Thanks to a bunch of optimizations, you get an average latency of 11.3 ms when you use one of those apps with a 13-inch MacBook Pro, an 11-inch iPad Pro and a USB cable. Over Wi-Fi, you get a latency of 22.4 ms.

When it comes to frame rate, it’s a bit harder to quantify. But Astro has compared its products with competing solutions and thinks you have a higher chance of hitting 60 frames per second using Astro’s products.

Astro has compared Luna Display with Duet Display and Air Display. And it’s interesting to see that the company reports better performance than Duet.

Duet recently released an update to take advantage of hardware acceleration. At the time, Duet claimed that its solution was faster and cheaper than Luna Display. It’s clear that this space is moving quickly, and the result is better apps for everyone. 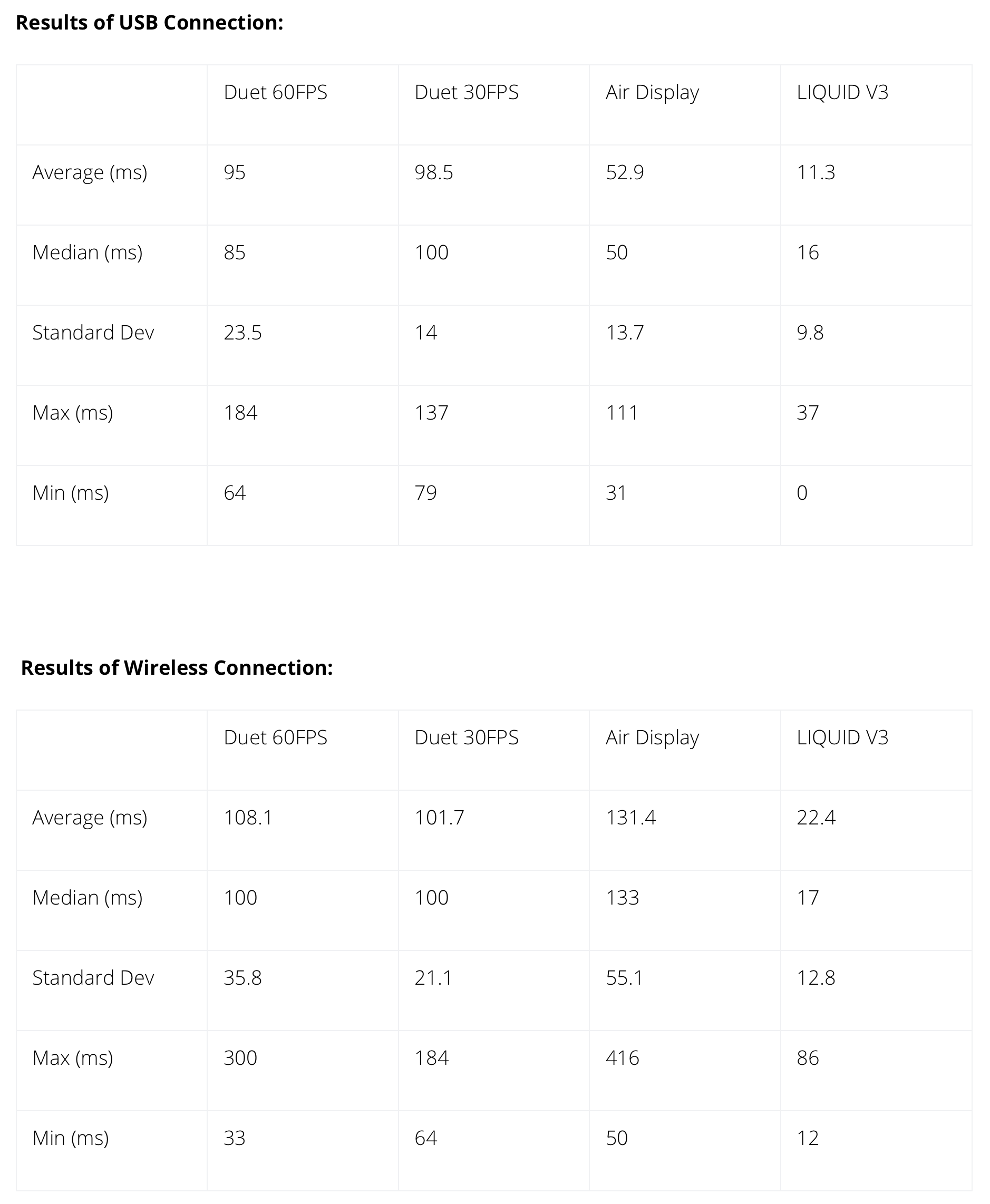