Ride-hailing startup Go-Jek’s expansion into the Philippines ran into problems earlier this month over its ownership structure, but that isn’t deterring the Indonesian company from investing into the market.

Today, Go-Jek announced it has acquired local fintech company Coins.ph through “substantial investment,” which gives it a majority stake in the business. The deal is officially undisclosed, but TechCrunch understands from two industry sources that Go-Jek paid $72 million. That price would make it Go-Jek’s biggest outlay on an acquisition to date, although most of its past deals are also undisclosed.

The startup claims five million registered users in the Philippines, where it offers a mobile wallet that covers payments, phone top-up, bill payment, public transport rides and more. Post-deal the company will continue to run as usual, but while tapping into Go-Jek’s resources and experience.

Ron Hose, CEO and co-founder, told TechCrunch that Coins.ph was in the process of raising a new round of funding when the Go-Jek opportunity presented itself.

“We had to make a decision on how we want to continue growing our business, and we felt like ultimately together with Go-Jek we could build something that is overall bigger and better for our customers,” he said in a phone interview.

Coins.ph started out offering crypto exchange services, but it pivoted to a broader focus on fintech, including mobile payments and financial services in recent times. The company has raised $10 million from two investments; it counts Naspers, Global Brain, Wavemaker, Beenext and Pantera Capital among its backers. 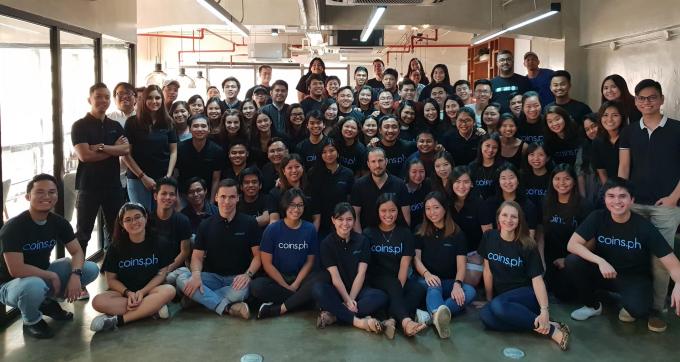 The acquisition is clearly a strategic one for Go-Jek, which is reportedly valued at around the $9 billion mark.

Last year, it expanded beyond Indonesia — where it claims to be the dominant player — for the first time. Its overseas moves saw it enter Vietnam, Thailand and Singapore, with the Philippines named as another proposed destination, although it has taken longer than planned, with no launch yet.

Fintech doesn’t sound like an obvious point of entry for a ride-hailing company, but, in Southeast Asia, ride-hailing and fintech are peas in a pod. Part of Go-Jek’s success in Indonesia was the rise of its GoPay service, which enables money transfers, offline payment and even insurance and micro-loans. The company said half of the transactions on its network in Indonesia are made via the payment service.

That approach has been copied by Grab, Go-Jek’s arch-rival, which is rolling out its Grab Pay service across Southeast Asia’s biggest six countries with plans to enter areas like loans, remittance and insurance with partners such as Chinese digital insurer ZhongAn.

In that spirit, Go-Jek said today that Coins.ph will work closely with GoPay to “to encourage a cashless
society and enhance access to financial services in the Philippines.”

Coins.th is likely to continue to operate as it currently is now, Hose said. That Thai entity has fewer locations than the Philippines business, so it is likely less appealing to Go-Jek, despite its expansion to Thailand.

The GoPay collaboration is likely to mean the rollout of services such as insurance, loans and other financial services, as well as, of course, deepening Coin.ph’s user base in the Philippines, a country with a population of more than 105 million people.

“With the second largest population and a strong domestic economy, the Philippines is one of the most exciting markets in Southeast Asia and through this partnership with Coins.ph, we are humbled to take part in the country’s digital payments transformation,” Go-Jek CEO Nadiem Makarim said in a statement.

“Today’s announcement marks the start of our long-term commitment to the Philippines and a continuation of our mission to use technology to improve everyday lives and create a positive social impact,” he added.

There’s plenty of competition on that front, though.

Grab is readying its GrabPay entry and well-funded Oriente is present, but already Alibaba has invested in payment and fintech company Mynt while Tencent, China’s other internet superpower and a Go-Jek investor, backed rival service Voyager through a $215 million deal. Now Go-Jek, which is readying a $2 billion investment round of its own, is entering the fray. This year promises to be an interesting one for fintech in the Philippines.

Past Go-Jek acquisitions have included offline payment firm Kartuku, payment gateway Midtrans and payment and lending network Mapan — announced all in one go. In India, it has gone after engineering talent with acqui-hire deals for startups C42, CodeIgnition and Piant, which have helped create its Bangalore-based tech hub.