A fintech whale quietly going about its business in Southeast Asia has come out from under the radar after Oriente, a Hong Kong-based business headed by Skype’s first employee, announced that it has raised a whopping $105 million.

It may not be well known at this point, but the company has some serious street cred.

Oriente was started in 2017 by Geoff Prentice, a Skype co-founder and ex-Chief Strategy Officer, Hubert Tai, a founder of Ping An’s Lufax and Chinese unicorn dangdang.com, and investor Lawrence Chu. The trio came together when Prentice moved on to Atomico — the VC firm started by Skype’s founders after they sold to eBay — and Chu, then with investment firm BlackPine, invited him to invest in Lufax where he bumped into Tai.

“I was going to start this fund with Lawrence to focus on old and new economy stuff together. We went to look at Southeast Asia financial services [businesses] and we were like ‘there’s nothing here.’ So I literally begged Hubert out of retirement and said ‘you’ve got to do this,'” Prentice, very much a straight shooter, told TechCrunch in an interview.

“Silicon Valley isn’t my cup of tea,” he added.

The project is definitely a far cry from the latest buzz in The Valley.

Oriente is aimed at providing digital credit and financial products in Southeast Asia, a region of 650 million people where the digital economy is predicted to triple over the next six years. Right now, it operates in the Philippines and Indonesia where its two services — Cashalo and Finmas, respectively — offer credit services for consumers using a mixture of online and offline. It is taking steps to launch in Vietnam but Prentice told TechCrunch that there is no other expansion plan at this point.

The goal is to digitizing financial services and help more people in Southeast Asia get access to banking services. While Southeast Asia is often reported to have a booming middle class, many are out of reach of that.

For example, in the Philippines — Oriente’s debut market — some 77 percent of the 105 million population is unbanked, according to a recent report. Of those unbanked, some 60 percent said that they do not operate an account due to a lack of money. The numbers are similar across other parts of Southeast Asia, yet mobile access is surging — Southeast Asia has more internet users than the entire U.S. population — offer a potential bridge to improve the situation. 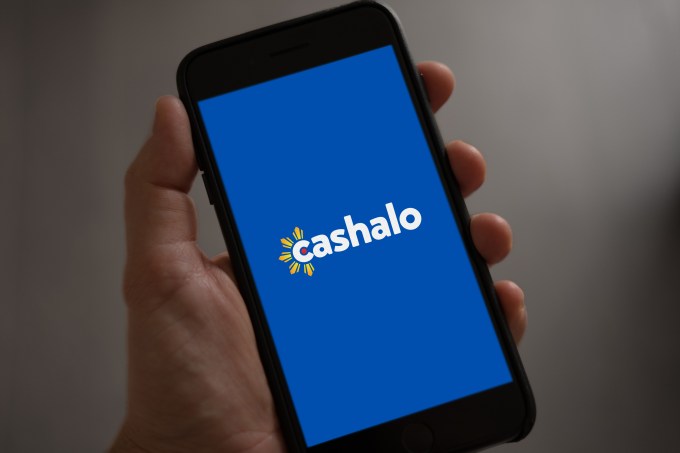 The services are digital but they use offline touch points to reach new customers. In the latter case, Oriente’s local businesses deploy salespeople in major malls and stores to help customers learn about the services themselves and the concept of payback schemes. Oriente takes a slight twist on the take. Instead of offering payback on single items, the services cover a basket of items to allow customers to pay a series of items on credit.

To help that offline push, Oriente has recruited top name investors that include a group of family offices that span members of the Berjaya Group, JG Summit Holdings and Sinar Mas. Though that is not the entities themselves, they have the potential to be highly strategic. Malaysia’s Berjaya is in property, consumer marketing and more; JG Summit operates retail, banking and even aviation in the Philippines; while Indonesia’s Sinar Mas covers financial services, telecom and more.

“If you want to build the financial services behemoth of Southeast Asia in the next 10 years how do you do that? Well, it’s going to be on a digital platform obviously but then, of course, we also have to have KYC people, you need your own collections people, you need offline sales… you need to take the best of the best technology part and then you merge it with the best of the other things,” Prentice said of the offline-online focus.

The business itself already has some 1,200 employees spread across seven offices in Asia — including a 200-person engineering team in Shanghai, composed of many former Lufax workers — with 60,000 borrowers in the Philippines alone. The Indonesian business is newer, having launched only in August and in beta, but the company expects to reach “millions” of lenders across its three markets next year.

One big challenge from an engineering perspective is constructing basic infrastructure, such as credit scoring, KYC and assessment. Existing credit bureau systems don’t cover many of the population, so Oriente is investing heavily in data-based systems to develop signals for credit assessment and, importantly, to combat fraud.

There are plenty of others battling the same fight in the region, with Ant Financial — Alibaba’s fintech affiliate — in particular setting up businesses across the region with a focus on payments and digital financial services. Grab, the ride-hailing firm that purchased Uber’s local business earlier this year, has also ventured into payments with plans for financial services as its nemesis Go-Jek has done already. That’s quite the backdrop for a battle with Oriente and its unique blend of experienced founders from the East and West and strategic corporate backers.

Update: The original version of this post has been updated to correct the investors.