Last year, Dish-owned streaming service Sling TV launched a free tier to its service designed to attract those with lapsed subscriptions to come back and watch. On Roku devices, former customers were able to tune into more than 100 hours of TV shows and movies without a subscription by launching the Sling TV app. Today, the service is extending a similar offer to newcomers. On Roku devices, those who have never signed up for the streaming TV service will have the chance to browse and watch free shows and movies, without the need for a subscription.

In other words, this is not a “free trial,” it’s a free — if limited — selection of content.

To access the free tier, newcomers can click “Browse as Guest” in order to then browse and watch from content in the “My TV” section of the app. This section includes TV shows like “Shameless,” “The Big Interview with Dan Rather,” “Heartland” and others. Users can also browse more than 5,000 movies that can be watched if they choose to subscribe, in addition to the 100+ hours of free shows and movies that are included. 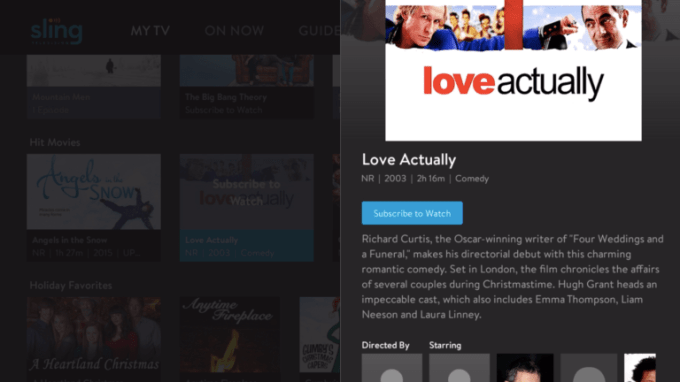 Sling TV is targeting Roku because it’s one of the most well-adopted media player platforms in the U.S., which makes it a prime target for a user acquisition strategy like this.

Having a functioning app instead of a static landing page may prompt users to subscribe to the base subscription, and it may also prompt sign-ups for Sling TV’s newer à la carte channels.

At the same time last year when the company announced its free tier for lapsed subscribers, it also launched à la carte programming as a way to differentiate itself from other live TV services. Unlike Hulu with Live TV or YouTube TV, this feature allows Sling TV users to buy access to standalone paid channels, without needing to subscribe to a TV package — like how Amazon Prime Video Channels works.

As a result, Sling TV can today serve as a place to watch paid channels like Showtime, CuriosityStream, NBA League Pass, Docurama, Stingray Karaoke and others.

Newcomers on this free tier can also rent PPV events without a subscription, the company says.

Free programming today is being used as a lure to attract customers to various platforms in the streaming video market and beyond. Amazon offers to Prime subscribers a ton of free video, including originals, and just last week launched a new ad-supported streaming service from IMDb. Roku offers free content on The Roku Channel, and Plex recently said it will venture into this area in 2019, as well. 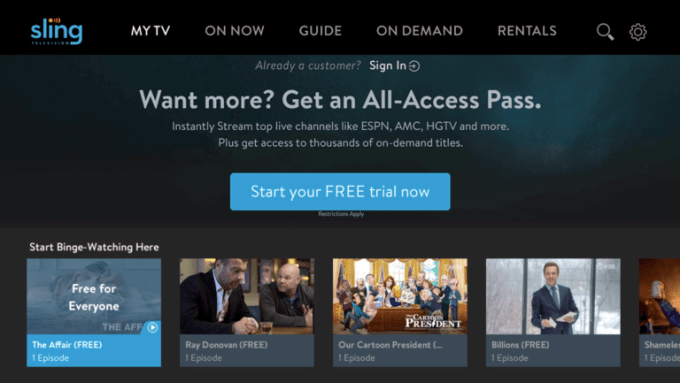 Alongside the launch of the free programming, Sling TV is rolling out an improved search experience, which now shows “popular searches,” and a new binge-watching feature.

The latter will prompt users to watch the next episode in an on-demand or recorded series after they’ve completed the current episode, and will auto-play it if no action is taken in 10 seconds. 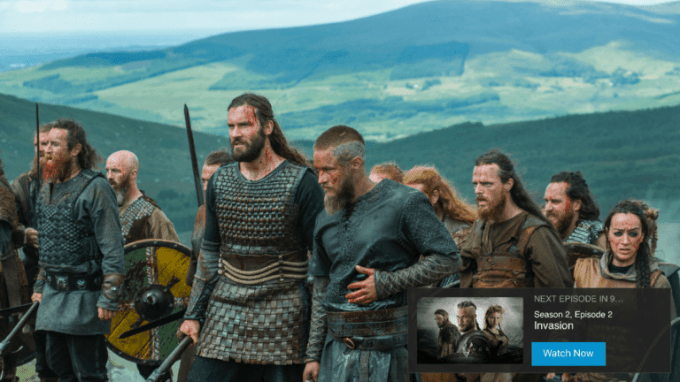 The new free tier is initially rolling out to Roku users, starting today, but will come to other devices in the future.

The updated Search option is live now on Android TV, Amazon Fire TV and Roku devices. And the binge-watching feature is first coming to Roku devices in the weeks ahead, with support for others also arriving in the future.