The Shield TV, Nvidia’s Android TV streaming box, is still getting regular updates, but the Shield Tablet, which launched in 2014, was last refreshed in 2015 and officially discontinued last year, wasn’t quite the same success. As Nvidia CEO Jensen Huang said during a small press gathering at CES in Las Vegas today, the company doesn’t have any plans to resurrect it.

“Shield TV is still unquestionably the best Android TV in the world,” he said. “We have updated the software now over 30 times. People are blown away by how much we continue to enhance it.” And more (unspecified) enhancements are coming, he said.

On the mobile side, though, the days of the Shield Tablet are very much over, especially now that the Nintendo Switch, which uses Nvidia’s Tegra chips, has really captured that market.

“We are really committed to [Shield TV], but on mobile devices, we don’t think it’s necessary,” Huang said. “We would only build things not to gain market share. Nvidia is not a ‘take somebody else’s market share company.’ I think that’s really angry. It’s an angry way to run a business. Creating new markets, expanding the horizon, creating things that the world doesn’t have, that’s a loving way to build a business.”

He added that this is the way to inspire employees, too. Just copying competitors and maybe selling a product cheaper, though, does nothing to motivate employees and is not what Nvidia is interested in.

Of course, Huang left the door open to a future tablet if it made sense — though he clearly doesn’t think it does today. He’d only do so, “if the world needs it. But at the moment, I just don’t see it. I think Nintendo did such a great job.” 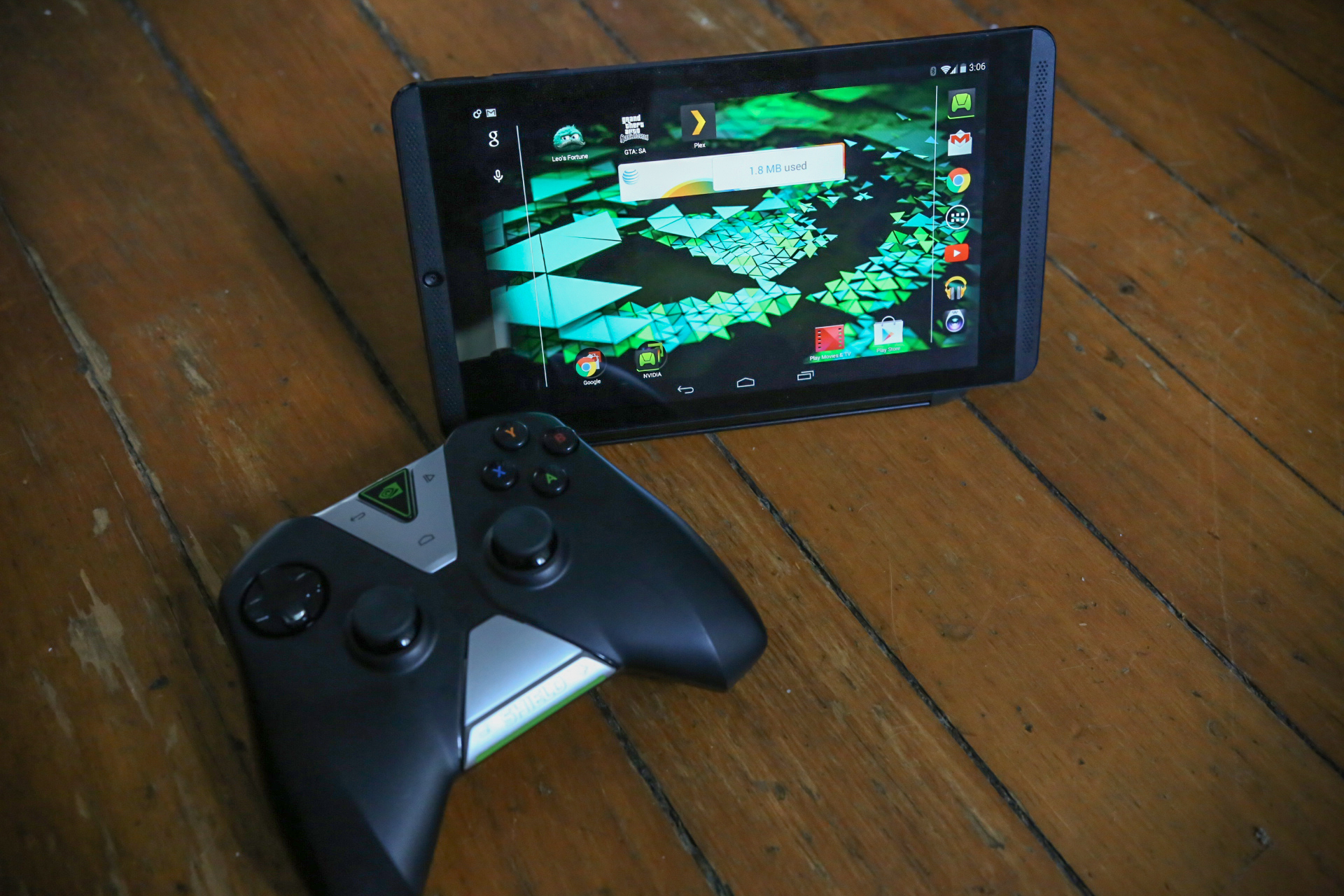 Bonus: The outspoken Huang also used his time with the assembled journalists to voice his opinion of AMD’s new Radeon VII graphics cards, which were announced earlier today. “Wow. Underwhelming, huh? I was kind of like saying ‘what?’ Because the performance is lousy and there’s nothing new. There’s no raytracing, no artificial intelligence. It’s a 7nm chip with HBM memory that barely keeps up with a 2080 and when we turn on DLSS, we’ll crush it. When we turn on raytracing, we’ll crush it. And it’s not even available yet.”