Rather than just focus on Facebook’s problems like his 2018 challenge, this year Mark Zuckerberg wants to give transparency to his deliberations and invite the views of others. Today he announced his 2019 challenge will be “to host a series of public discussions about the future of technology in society — the opportunities, the challenges, the hopes, and the anxieties.” He plans to hold the talks with different leaders, experts and community members in a variety of formats and venues, though they’ll all be publicly viewable from his Facebook and Instagram accounts or traditional media.

This isn’t the first time Zuckerberg has held a series of public talks. He ran community Q&A sessions in 2014 and 2015 to take questions directly from his users. The idea for Facebook Reactions for expressing emotions beyond “Likes” first emerged during those talks. 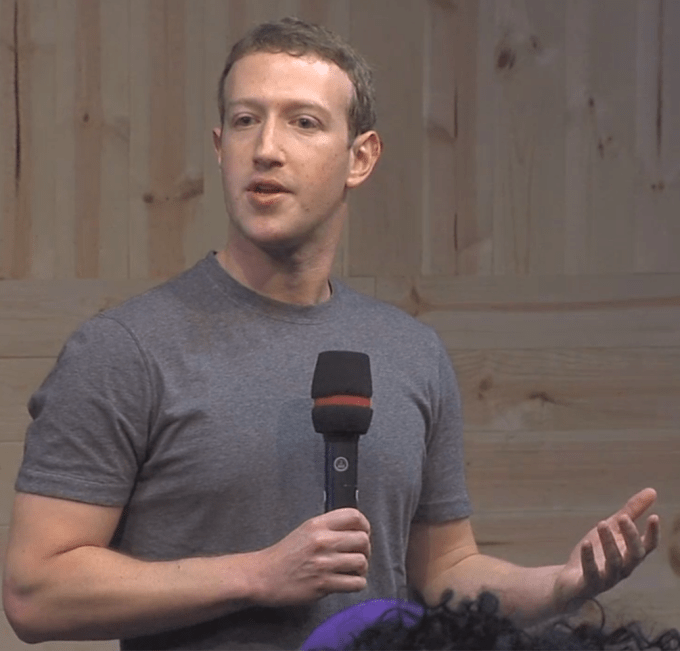 From his initial framing of the 2019 challenge, though, it already sounds like Zuckerberg sees more Facebook as the answer to many of the issues facing society. He asks, “There are so many big questions about the world we want to live in and technology’s place in it. Do we want technology to keep giving more people a voice, or will traditional gatekeepers control what ideas can be expressed? Should we decentralize authority through encryption or other means to put more power in people’s hands? In a world where many physical communities are weakening, what role can the internet play in strengthening our social fabric?”

[Update: Zuckerberg asked me in the comments of his posts for some format and speaker suggestions. My ideas include:

It’s nice that one of the de facto leaders of the world will shed more light on his thoughts. But given Zuckerberg is prone to sticking to his talking points, the public would benefit from talks held by moderators who don’t give the CEO all the questions ahead of time.

Hearing Zuckerberg’s candid thoughts on the inherent trade-offs of “bringing the world closer together” or “making the world more open and connected” could help users determine whose interests he has at heart.

Zuckerberg’s past challenges have been:

2011 – Only eat animals he killed himself