Petcube’s popular line of pet cameras let people monitor, talk to and interact with their dogs and cats while away – including by doing things like doling out treats or turning on a laser toy, for example. Today at CES, the pet camera maker announced it is upgrading its line with two new devices, the Petcube Bites 2 and Petcube Play 2. These are redesigned and reimagined versions of the company’s existing pet cameras, which now offer improved sound and connectivity, a 180-degree ultra-wide lens, as well as built-in support for Alexa.

Both cameras now include a wide angle lens with up to 180 degree full-room views, so you can see more of the room than before. They also now include a premium audio experience with full duplex sound, a 4-microphone array and speaker bar. The cameras offer improved connectivity, with support for both 2.4 and 5 GHz Wi-Fi, as well.

Beyond the tech spec upgrades, what pet owners may be more excited about is the cameras’ new ability to work with Alexa, without requiring a separate Amazon Echo or other Echo device.

Instead, Petcube cameras can now take the place of a small smart speaker, like the Echo Dot, for example. Through Alexa, Petcube camera owners will be able to play music (hence the need for better sound), control other smart home devices, set alarms, listen to the news, check the weather, and more. They’ll also have access over 50,000 Alexa skills from their devices, including Petcube’s own companion voice application. 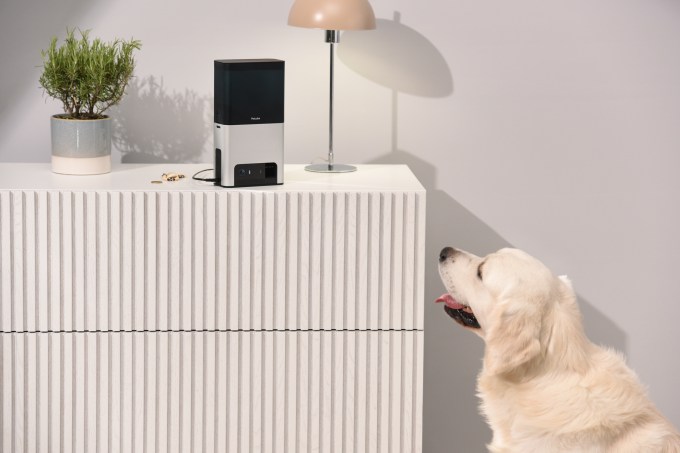 With the Alexa voice app, pet owners will be able to ask Alexa to fling treats, play with their pet, or order more pet supplies from Amazon, the company says. This Alexa skill was previously available to older generation devices, but required that the customer had their own Alexa device – now the Petcube is the Alexa device. The two cameras are getting other tweaks, too.

The treat-dispensing device called the Petcubes Bites 2 has been redesigned to be more compact, so it can better fit into smaller spaces. It now also has a better “treat flinging” mechanism and can support a wider variety of treat sizes than before, so you can better control treat portions. The mechanism flings with more precision, too. 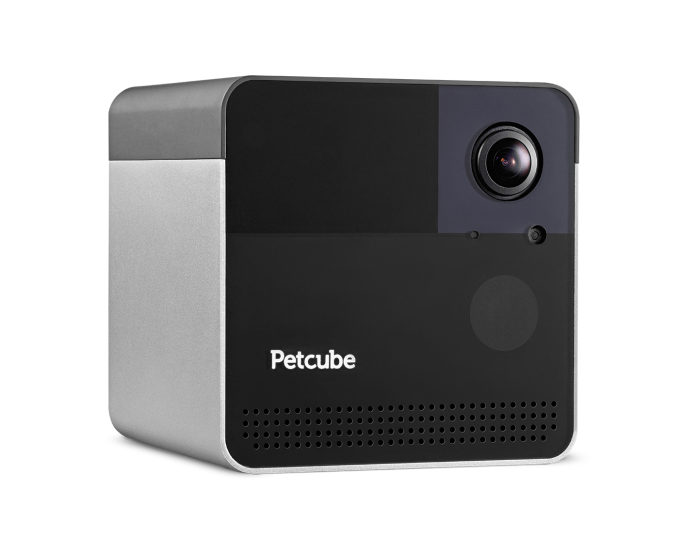 Meanwhile, the Petcube Play 2 is a redesigned version of the cube-shaped camera that includes a built-in laser toy, which has been re-engineered to be more precise and smoother than the prior version, Petcube claims.

As before, the pet camera hardware is used to entice pet owners to sign up for the Petcube Care subscription. The system leverages A.I. to figure out what pets are doing, detect if there’s human movement in the frame, register if the dog begins barking or the cat mewing, and identify other abnormal behaviors. In those cases, pet owners would receive an alert so they know to check in on their device, pet and home.

Subscribers also get discounts on pets products and services from Mars Petcare, Wellness, Trupanion, Rover, Audible, Vetted, KONG, and others. The pricing plan for Petcube Care starts at $2.99 per month.

The new cameras come in Matte Silver and Carbon Black design options. The Petcube Bites 2 is $249 and the Petcube Play 2 is $199 on Petcube.com.