Iflix, the emerging-market Netflix competitor that’s backed by Sky, is leaving Africa to double down on its business in Asia.

The Malaysia-based company announced today it has sold the remaining shares in its Africa business — Kwesé Iflix — to Econet Group, the telecom firm that is already an investor in the business. The deal size is not disclosed. Kwesé Iflix covers the Iflix service in eight countries — Nigeria, Ghana, Kenya, Uganda, Tanzania, Ethiopia, Zambia and Zimbabwe — with plans to expand to four more soon.

The completion of the deal means that Iflix’s total market coverage is trimmed to 23 countries, including markets in Southeast Asia, the Middle East and more.

“It has been an incredible journey and learning experience, launching our service in Africa. The acquisition by the Econet Group, our regional partner and Africa’s leading broadcast network, is a significant milestone for the African business, and further reinforces Iiflix’s commitment to our core markets in Asia, particularly Indonesia, Malaysia and the Philippines which continue to grow from strength to strength,” Iflix co-founder and CEO Mark Britt said in a statement. 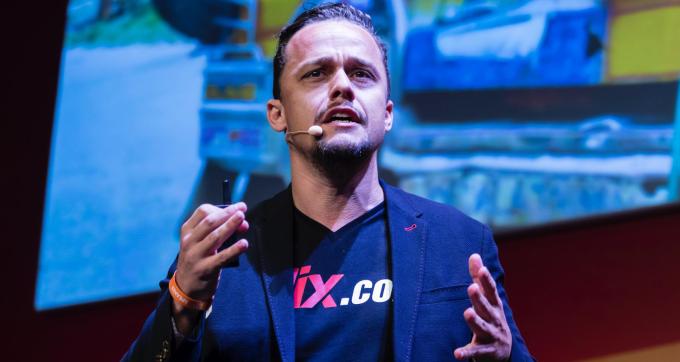 Iflix has raised nearly $300 million to date from investors that include British broadcaster Sky, U.S. Hearst Communications, broadband and TV provider Liberty Global and Malaysia-based Catcha Group. Its most recent funding round was $133 million in August 2017.

Econet-owned pay TV firm Kwesé bought into the company’s Africa business in February 2018, therein creating the rebranded “Kwesé Iflix” joint venture. Since then, Iflix has divested its stake until finally exiting the business as announced today.

Iflix offers a freemium service with a paid tier that costs around $3 per month. It claims an audience of “millions” of users. Its biggest rival is Netflix, which has begun testing more aggressive pricing in Malaysia — Iflix’s home market — through a mobile-only package that lowers its subscription cost to RM17, or around $4, each month.

Moves like that put Iflix and other regional players such as HOOQ — which doesn’t operate in Malaysia — under pressure if Netflix decides to press ahead and expand its cheaper subscription to more markets in Asia.

Both Iflix and HOOQ pivoted to freemium earlier this year, and Iflix, in particular, has doubled down on supply. The Malaysian firm this month initiated a $5 million program to back around 30 independent content makers across Asia as it bids to widen its local programming library to compete with rivals which, in Asia, include traditional TV.

Updated 12/22 02:25 PST: Article corrected to reflect that Iflix is not present in India.