“嘿 Siri!” Apple’s HomePod will be available for sale in China early next year. A listing is already up on Apple’s China site, with the smart speaker priced at RMB 2,799 (about $407), or about 17 percent more than its $349 price in the United States. Though Apple doesn’t list an exact shipping date for Chinese buyers, it says the HomePod will be available in early 2019. 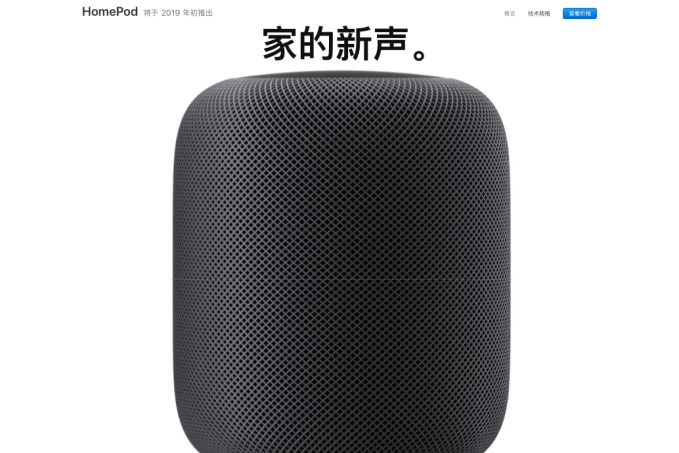 Several of these smart speakers are much, much cheaper than the HomePod; for example, the Tmall Genie, Tingting and Baidu’s Xiaodu have each been offered at a discounted price of about $15. But in spite of its significantly higher price, the HomePod will probably still be an attractive option for iOS users. Despite formidable competition from Samsung, Huawei and Xiaomi, Apple held an 11.9 percent market share in China as of the second quarter of 2018, according to Gartner.

The HomePod launched in the United States, United Kingdom and Australia in February before rolling out over the succeeding months in France, Germany, Canada, Mexico and Spain.