A number of app developers building third-party screen time trackers and parental control applications are worried that Apple’s increased scrutiny of their apps in recent weeks is not a coincidence. With Apple’s launch of iOS 12, the company has implemented its own built-in screen time tracking tools and controls. Not long after, developers’ third-party screen time apps came under increased review from Apple, and, in some cases, rejections and removals from the App Store.

The impacted developers have been using a variety of methods to track screen time, as there has not been any official means of tracking this data. This included the use of background location, VPNs and MDM-based solutions, and sometimes a combination of methods.

A small crowd of a half-dozen or so developers began to discuss their troubles amongst themselves over the past couple of months. But not all wanted to go on record. After all, publicly criticizing Apple is not something many developers feel comfortable doing, especially when their business is at risk.

However, a few did take to their company blogs to report their troubles when they thought they had reached the end of the road.

In October, for example, the digital detox app called Mute publicly announced its removal from the App Store around the same time that many other screen time tracking apps had been put on notice.

Then three-year-old screen time app Space did the same after its removal from the App Store in November.

They were not alone. Several others, which did not want to be quoted, were also facing rejections.

Others were told their app violated developer guideline 2.5.1, which references using public APIs in an unapproved manner.

And others, still, were told the way they’ve implemented screen time and parental controls was no longer permitted. 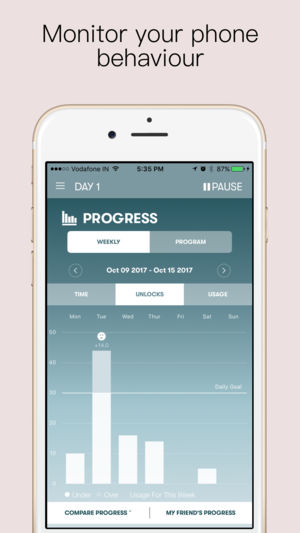 Above: Space on iOS

In an odd turn of events, after Space and Mute published on their public company blogs to complain, they received a call from Apple and had their apps reinstated on the App Store.

The Apple reps asked the companies about how they handled data privacy, and reminded them they must have a customer-facing feature that requires location-based services in order to legitimize their use of such an approach, they reported.

“We are of course hugely grateful that Apple has chosen to continue to allow our business to operate,” said Space CEO Georgina Powell.

But these were not isolated incidents. Across the third-party screen time app industry, apps were coming under review — in some cases, after operating for years without incident. 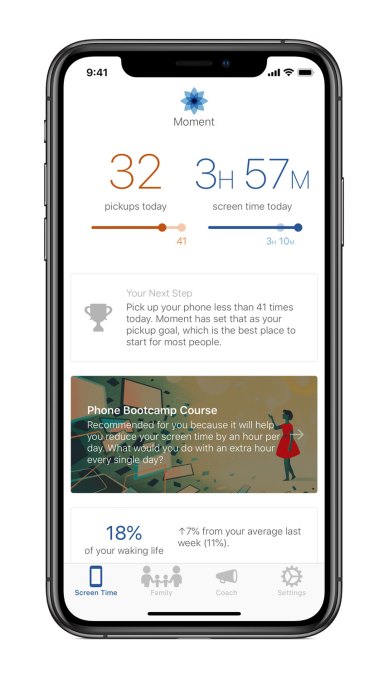 Above: Moment app on iOS

But at the same time, some apps were getting a pass — as if Apple is making its decisions on a one-off basis.

For example, an app called Moment — which TechCrunch has covered a few times over the past four years and has been featured by Apple — also received a call from Apple, we learned.

Apple had some questions for Moment, which they answered to Apple’s satisfaction. The app was not removed or threatened.

Asked if they were concerned at all about the increased scrutiny, Moment’s creator Kevin Holesh responded, “I do feel confident about Moment’s future after talking to Apple.” But he added he’s now “mostly watching to see how things play out with this issue going forward.”

The makers of the screen time app solution and hardware device Circle with Disney is also unaffected, we were told. (But then, imagine the consumer backlash if your $99 home network device just stopped working.)

Though not all apps were getting the boot, it seemed, Apple did seem to have a problem with screen time apps that took advantage of mobile device management (MDM) and/or VPNs to operate.

For example, the developer behind Kidslox had implemented a combination of MDM and a VPN for screen time and parental controls. The app tracks the time the device is connected to the VPN for screen time, which Apple said it could no longer do.

Kidslox CEO Viktor Yevpak tried to explain a VPN was necessary for more than just screen time. The app also includes a feature that checks websites against a blacklist to allow for kids to safely browse when they were connected through the VPN.

“I said, there has to be a middle ground, because you’re pretty much killing the entire company,” Yevpak told TechCrunch, recalling his conversations with Apple’s app review. “We have over 30 people working on it, and you’re us telling us to shut down,” he had told them.

After several rejections of updates to Kidslox’ year-old app, the developer finally took to the company blog to also call out Apple for what it believed was the “systematic destruction” of the third-party screen time management industry.

Like many we spoke to, he’s highly suspicious about the timing of Apple’s review, given that iOS 12’s screen time feature has just launched.

Kidslox remains available on the App Store today but its updates are not being approved. Yevpak says the company has been discussing ways to pivot the business, as it seems its time is up.

Apple, of course, never intended for VPNs to be used for screen time tracking or parental controls, nor did it want the enterprise-focused MDM technology to be implemented in consumer-based apps. And by permitting its use to date in apps like these, Apple had given up control over how its devices can be used by consumers.

But its policies have not matched up with its App Store approvals. Apple has greenlit — and it has been directly aware of — screen time apps using MDM in ways that violated its guidelines for years.

One case in point is OurPact (specifically, its OurPact Jr. product), an app that leverages MDM technology to allow parents to control if and when kids can use certain apps on their phone, block texting, filter the web and much more. Its apps — one designed for the parent and the other for the child — have been live for four years. OurPact now says that Apple will no longer allow the company to use MDM for its purposes.

“Our team has received confirmation from Apple that managing application access and content outside of iOS Screen Time will not be permitted in the Apple device ecosystem,” says Amir Moussavian of OurPact parent company Eturi Corp., in a statement provided to TechCrunch. “It’s incredibly disappointing that Apple is choosing to dissolve the iOS parental control market at a time when childhood and adolescent screen time management is finally being understood as a necessity.”

The company says its OurPact Jr. app, the app designed for the child’s device, is impacted by the change. But its parent app will continue to operate.

Apple’s permissiveness to allow these “rule-breaking” apps signaled to developers entering the screen time space anew that MDM was being tacitly approved in these scenarios, even if Apple’s own terms and agreements said otherwise.

Developer Andrew Armour of ACTIVATE Fitness said he decided to implement MDM for a screen time management solution for iOS after seeing many other developers already had been doing the same thing for years, he told TechCrunch.

“I have sunk my entire life savings into the development of this mobile application to provide families with a solution to better regulate and manage screen time and at the same time promote physical activity,” Armour said, speaking about his app’s App Store rejection. “After two years of hard work and determination, my entrepreneurial journey to introduce ACTIVATE Fitness to the world has come to an end due to an Apple rejection in a flawed and unfair review process,” he lamented.

Apple could choose to release an official Screen Time API or carve out exceptions for screen time apps that use MDM or other technologies. Its decision to instead put the entire third-party industry on notice after rolling out its own screen time solution, however, seems to indicate it now wants to control the experience of monitoring screen time usage on iOS, and not leave it up to these third parties.

At the end of the day, the decision is bad for consumers because Apple’s solution doesn’t offer many of the features of the MDM-based solutions focused on parental controls. For example, parents using third-party screen time solutions can hide certain apps from kids’ homescreens and control when those apps function.

But sources familiar with Apple’s thinking dismissed this as being some sort of targeted crackdown against third-party screen time apps. Rather, the pushback developers received was part of Apple’s ongoing app review process, they said, and noted that the rules these apps violate have been in place for years. 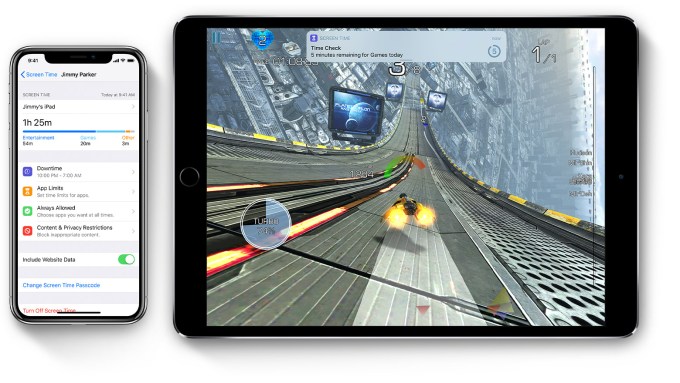 That’s a fair point. Apple can opt to enforce its rules at any time, and building apps in violation of those rules is never a great idea — especially when developers are knowingly taking advantage of technologies in ways they had to know Apple never intended.

That being said, a decision to purge the App Store of third-party screen time and parental control apps is one that may come across to the impacted end users of these apps as being in poor taste.

In recent months, big tech companies — including the likes of Facebook and Google — have been made aware of the addictive nature of our devices and the apps we use and the negative effects on our mental health. They have all been rolling out solutions to counter this problem. For Apple to be seen as tamping down on the very apps that have been trying to battle these problems for years — before Silicon Valley took notice — is not a great look.