UnitedMasters came out of stealth about a year ago with a plan to help artists have a more direct relationship with their customers and fans and, more importantly, retain more control over their actual recordings. With $70 million from Alphabet, a16z, Floodgate and 20th Century Fox — as well as founder Steve Stoute, the former president of Interscope Records — the promises are big. But the team seems up to the task.

With this launch, UnitedMasters artists will be able to have their music played across all of their properties around the world, including digital properties like NBA.com and its apps.

“We’ve seen that there are a lot of synergies between the music industry, sports leagues, and individual personalities across athletes and musicians,” says Steve Stoute, founder and CEO of UnitedMasters. “The overlap between UnitedMasters artists, their fans and the NBA’s following provides a mutually beneficial opportunity to tap into an artist pool that is also a target consumer for the NBA.”

The NBA’s social community is huge, and the audience has an outsized tendency to be engaged with the music, style and culture that surrounds its fans and superstar players.

“The real value is the artist and who they are – they’re NBA fans, they’re fans of the product they’re soundtracking. You can go from watching the game to soundtracking its highlights,” says Stoute. “This is truly democratizing and removes any barrier from getting your music heard. You can watch something through the NBA, be inspired, create music and then upload it to UnitedMasters for the chance to be heard by 1.5 billion people.” 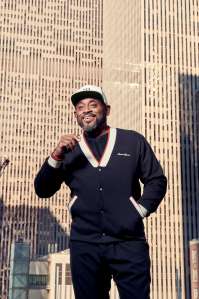 The UnitedMasters hook is that it’s a record label that makes money on royalties and distribution, while allowing artists to retain the rights to their master product. Stoute was motivated by the fact that the creators and culture makers that have been driving the conversation, preferences and consumption habits of their fans have been unable to have a direct relationship with those most highly engaged consumers. Instead, they’re disintermediated by licensing and endorsement deals, middlemen that control how their product can be used and by whom, and restrictive deals.

Outside of amazing, but rare, successes like famously independent Chance the Rapper, or online sensations that build up their own merch and marketing arms, it’s difficult for most artists to see a pathway from screening their own tees in their basement to partnering with big brands without having to make all of the same concessions that have been in place for years.

Simply put, the people most responsible for shaping what people feel, how they dress, how they dance and yes, what they buy, have been largely unable to craft a direct person-to-person relationship with those people.

“We have a longstanding relationship with Steve Stoute and saw a unique opportunity with UnitedMasters to enhance the experience for NBA fans on our social and digital media, while providing a global digital stage for up-and-coming artists. This partnership will create a direct line between new artists and the NBA,” said Jeff Marsilio, SVP New Media at the NBA about what they get out of the deal.

“The breakthrough in this structure is that it’s a unique example of a brand or league providing a global distribution platform for artists — something UnitedMasters and the NBA are singularly positioned to do. The artists will have the opportunity to have their music heard on a global digital stage, while our fans will now have a new way to discover music while they enjoy NBA highlights on our social and digital media. It’s a win-win for everyone involved.”

The NBA partnership will allow artists to have their music heard by a much bigger audience, but it will also allow for UnitedMasters to use its creative agency Translation to market themselves, their merchandise and tickets to their shows directly. 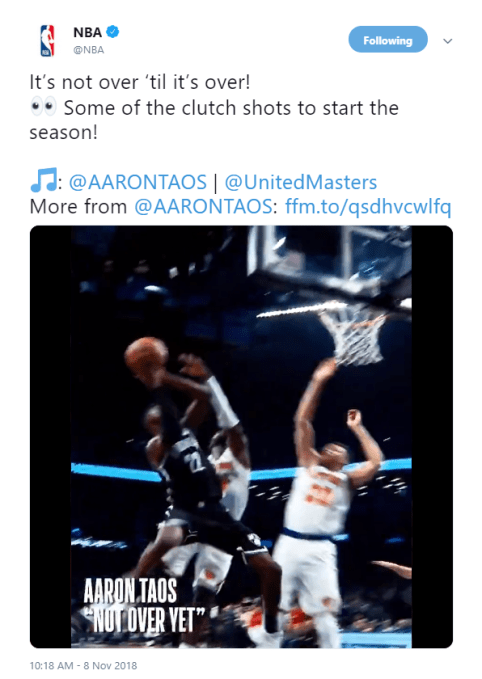 And, perhaps most valuably, the artists also get data about all of these endpoints. Analytics, taken for granted by indie creators across platforms like YouTube, SoundCloud and more, are often either invisible or very strictly guarded and doled out once an artist makes a deal with a label, who treats those insights as proprietary. Access to data and help to understand what that data means and how to leverage it to connect customers, companies and money-making opportunities to artists is a key premise of Translation and UnitedMasters.

“Starting on November 8, artists can sign up on UnitedMasters to create a profile, upload music and videos to the platform for distribution to major DSPs (e.g. Spotify, Apple), and opt-in for consideration to be featured in NBA content. In the future, artists will opt into other brand partnerships separately,” says Stoute.

The partnership is the first big test of the UnitedMasters premise. The firm will analyze the data coming from artists and fans to help figure out which tracks are best to insert into the stream of content going to the NBA. It will also measure how being featured on NBA properties reflects in artist performance like pure traffic to the artist’s music and other media, as well as providing analysis of the before and after effects on a larger scale. Basically, using data to tell exactly how beneficial the integration is for individual artists, and trying to maximize the match between artists and their most engaged fans.

“These data-driven insights and performance analysis will help UnitedMasters and artists understand what other partnerships could be a good fit for them to opt-in for in the future so they can build momentum with audiences where they have demonstrated success, continue to reach new fans and gain exposure in new markets,” says Stoute. 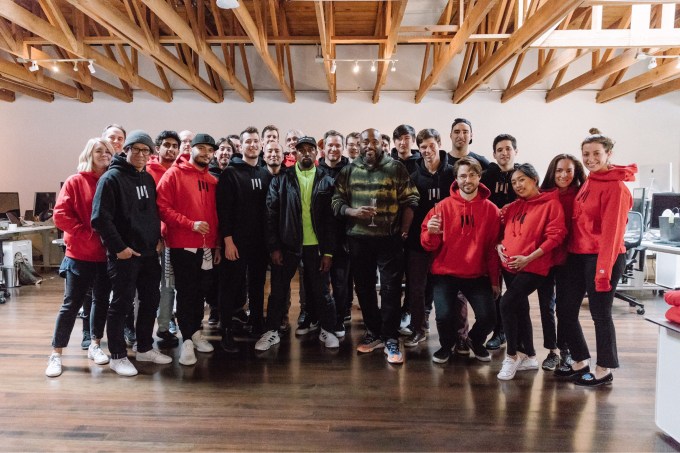 Kanye comes for a visit on launch week

If every artist is able to get a deeper, more personal understanding of what exact audiences most love their music, follow what they do and buy into what they’re selling, they can maximize their profits without having to sell the farm to get a small slice of that bigger pie.

If the proposition of simply being able to understand their audiences via data sounds somewhat basic, it’s probably because we’ve all been spoiled by how central data is to many platforms for music, social media and videos. Imagine if you could publish on YouTube but only see pure views, never where those views came from in the world, what the customers who love you are interested in or who they are at all. It handicaps your ability to market anything to those people or to build a relationship with them by understanding what they like, what regional or demographic trends you should be capitalizing on to make sure you’re maximizing your profit.

From the start, the transition to streaming and digital distribution for music has been handicapped by the efforts of the traditional machinery to maintain its grip on the path from artists to fans. There have been some attempts to loosen that grip over the years, and some that are confusingly un-seized, like the potential for Apple Music to be a true platform for artists that want a relatively direct commercial relationship with their fans.

UnitedMasters has some definite potential, and it’s about time someone tried something new here. The NBA partnership is a very savvy start to building up a surface area for its artists to market directly. We’ll see what they do next.