Ignoring the midterm hysteria, we continue our obsession with SoftBank today by looking at the group’s IPO of its telecom unit. But first, some thoughts about Form Ds.

Recently, I was looking up the investment history of Patreon (Note: I was an investor in the company through my previous venture firm CRV). I did what I normally do: I went straight to the SEC’s EDGAR system and started searching for the company and its filings. And came up with nothing. Full-text search, office address searches and founder name searches — nothing was returned.

And yet, the company has publicly raised more than $100 million in venture capital according to Crunchbase, and to my knowledge, is not incorporated outside of the United States.

There should be a whole spate of filings, and yet none exist. What’s up with that?

After some investigation, my working hypothesis is that startups are (increasingly?) not filing disclosures with the SEC as a specific strategy to avoid scrutiny.

To take a step back, when companies take money from investors, they sell those investors securities. Under American laws, all securities need to be registered with the Securities and Exchange Commission using pre-defined templates (such as an S-1 registration form) to ensure that all investors know exactly what they are buying.

However, registration is expensive and time-consuming, and so U.S. law also provides a set of exemptions from registration for companies where that process is impractical. Startups take advantage of these exemptions and stay private, until they eventually want to become public through a registration with the SEC.

One mandated component of taking advantage of these registration exemptions is that the startup needs to file a Form D with the SEC. The Form D is free to file and relatively simple, requiring basic information such as the amount of capital fundraised and who the investors were in the round. It’s required to be filed 15 days after the first sale of securities, and, conveniently, the form preempts most state securities laws so that startups don’t have to file in state jurisdictions.

There are theoretically large penalties for failing to file — a company could open itself to investor lawsuits, and there are various financial felonies available that could be applied, as well.

But that’s legal theory, and the practicalities are that almost nothing bad happens to startups that fail to file a Form D. American courts, along with the SEC, have upheld that a startup does not lose its covered security exemption by failing to file the form. The only additional requirement is generally to file state security forms in lieu of the federal form.

A bigger question is why go through this when filing is easy and free? The obvious answer is that startups don’t want to put their round’s information out in the public eye where the good people at TechCrunch will see it and report on it. Of course, the whole point of Form D disclosure is to provide the public a modicum of information about what is happening in the economy.

But actually, the motivations go far beyond that. One reader, Paul David Shrader, saw our note yesterday that we were investigating Form Ds and offered this list of reasons on why companies in general (and to be clear, not specific to any company he has advised) choose to forgo filing:

As for the “why,” there are a few reasons why management, the board of directors, or even investors may be sensitive to fundraising disclosures:

1. The company doesn’t want the increased scrutiny internally that comes along with a new funding round. This can come from employees demanding different levels of compensation.

2. The company doesn’t want increased regulatory scrutiny. Many startups operate in regulatory gray areas, and increased attention from regulators before they are ready can be a Bad Thing.

3. The company has security concerns. For startups that operate in certain environments internationally, raising a monster round can place a target on the backs of its employees. This has been an issue in Latin America from time to time.

4. The company has competitive concerns. Raising a big round may attract new entrants to the market or heighten attention from existing competitors before a startup has solidified its position in the market.

6. Flat rounds or down rounds can suck away any positive momentum. When founders are trying to convince customers and employees to join the rocket ship that is their company, a flatlining fundraise can look like… well, a flatlining company.

7. The round may not be closed yet. Companies sometimes have optimistic goals about the size of a round (“We’re raising $4 million!”), but only have a smaller amount committed at the outset of the round. Sometimes a single round can take 18+ months to close, even though a sizable (or not so sizable) percentage closed at the outset.

Some of these are obvious, but others, such as internal compensation concerns or international security concerns, were more surprising to me. Thanks Paul David for the thoughts.

Now, I said at the outset that my hypothesis is that startups are increasingly foregoing Form D disclosure. Arman and I are still doing work on this (the SEC has some data sets), but to be frank, it is very hard to operationalize and prove. Form D filings are up or steady, which makes sense given that the number of startups in areas like San Francisco have skyrocketed over the past decade. We are trying to prove something that doesn’t exist, and Karl Popper has helpfully explained that that is impossible.

Nonetheless, we are still interested in whether the legal norms have shifted here, and will hopefully report back on this again. If you are a startup attorney with an opinion here, please email Danny@techcrunch.com or Arman.tabatabai@techcrunch.com with your thoughts. 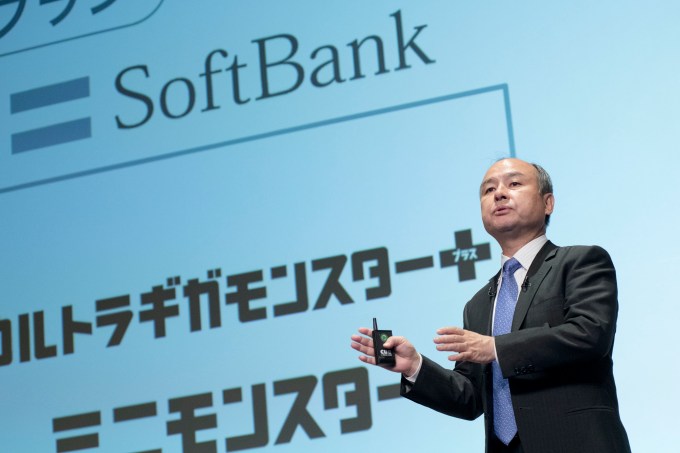 Talking about filings, one of the most complicated filings in the world is underway. While we were digging into SoftBank’s financing strategies yesterday, all the activity around the looming IPO of its telco business caught our attention.

As we analyzed yesterday, though SoftBank’s debt balance continues to balloon, the company’s balance sheet has rarely prevented it from pursuing investments in the past.

SoftBank continues to dole out multi-billion-dollar checks with stunning regularity, having invested around one-third of its $90+ billion Vision Fund. And we know SoftBank has no intention of slowing its torrid pace, with chairman and CEO Masayoshi Son previously stating he plans to raise $100 billion funds that would spend around $50 billion annually, every two or three years.

One way SoftBank is looking to access additional funding to pour into the next batch of unicorns is by taking a portion of its Japanese mobile business public. For some context, SoftBank is generally considered to be the third largest telco in Japan behind NTT DoCoMo and KDDI.

Even though initial estimates expect SoftBank to only sell around 30-40 percent of the company’s shares, the offering is widely expected to be one of the largest listings ever at potentially more than $25 billion, which would value the overall business at $90 billion on the high end. Reuters recently reported via a Japanese news service that the Tokyo Stock Exchange is expected to give SoftBank approval to list shares next Monday, with a likely listing date of December 19th.

But the progression of the IPO has been oddly complex and unique from the beginning.

First, there was an issue with a set of bonds SoftBank had issued in 2013, which were guaranteed by the telecom business and had covenants requiring that the company hold investment-grade credit ratings before pursuing a sale of any sort. However, SoftBank’s bonds hold junk status from major credit ratings agencies. To fix that roadblock, SoftBank issued a new set of bonds with better terms to buy back the bonds with the prohibitive covenants, undercutting and aggravating some investors of the initial bonds.

Then, it was reported that while lining up the underwriting banks for the IPO, SoftBank reportedly asked banks to commit to loans to the Vision Fund that total around $9 billion, a claim SoftBank has not commented on. As reported by Bloomberg:

The IPO’s top underwriters, which include Nomura Holdings Inc. and Goldman Sachs Group Inc., have given non-binding assurances while they finalize terms of the loan to the Vision Fund, the people said. Stakes in around five of the investment fund’s holdings will be used as collateral, according to the people, who asked not to be identified because the information is private.

While the fund’s holdings (perhaps Uber or WeWork or others) would be set as collateral, Bloomberg also reported in the same article that the loans were non-recourse, meaning that if for some reason SoftBank were unable to repay the loan, the lenders would have no claim to any assets outside of the company stakes set as collateral. The loan terms become more concerning with the Vision Fund since it invests in many unlisted and, in many cases, unprofitable companies. As we noted yesterday, at least one potential lender, Bank of America, decided not to participate due to concerns that the terms were too risky.

Such sausage-making isn’t usually visible to the public, which would seem to indicate that at least some of the banks are grousing to reporters about terms they find egregious. As always, feel free to grouse to us as well.