Picture it. The scene is Silicon Valley. Suddenly an investment firm materializes on the scene and starts writing checks bigger than anyone is accustomed to seeing. Fellow investors start to privately complain. Its partners are poseurs, they say. The firm is driving up valuations, they continue. It’s going to ruin venture capital, they conclude.

It was said of Andreessen Horowitz when it burst onto the scene in 2009. (Remember its then jaw-dropping decision to hand GitHub a $100 million check in 2012?) Today, it’s being said even more widely about the SoftBank Vision Fund, and little wonder, given that SoftBank is fast plowing $100 billion into mostly venture-backed companies and that, according to its CEO, Masayoshi Son, more $100 billion funds are coming soon.

Just this week, the firm led a $1 billion round in the India-based hotel chain and room aggregator Oyo. It also participated in two other enormous deals,  leading a $450 million round for the real estate tech platform Compass, which creates tools for residential real estate agents and more recently launched a commercial brokerage division. Separately, it led a $400 million round in the home-buying startup Opendoor.

What might be the longer-term impact of so much capital getting jammed into still private companies? How does SoftBank decide who to fund, and who to steer around? On Tuesday night, at a StrictlyVC event in San Francisco, we had the chance to talk with two of its investors, Vision Fund Managing Director Jeff Housenbold and Anna Lo, a director with SoftBank Investment Advisors, to learn more about how the whole thing works — and to run past them some of the criticisms that their fellow investors have been whispering to us.

In addition to some basic stats (SoftBank’s Vision Fund is run by 86 people, including nine managing directors, across offices in Tokyo, London, and San Carlos, Ca.; it has a 14-year investing period), you’ll learn what SoftBank won’t touch, how big a check it can write before asking for permission from its own investors, and what happens to companies that say they are in talks with the Vision Fund when they are not.

Also, spoiler alert: the Vision Fund has vice clauses that prevent it from funding tobacco, firearms and certain other companies, as do most venture firms. (We’d asked in the context of discussing whether SoftBank might ever fund the e-cig company Juul, which also appeared at the event.) 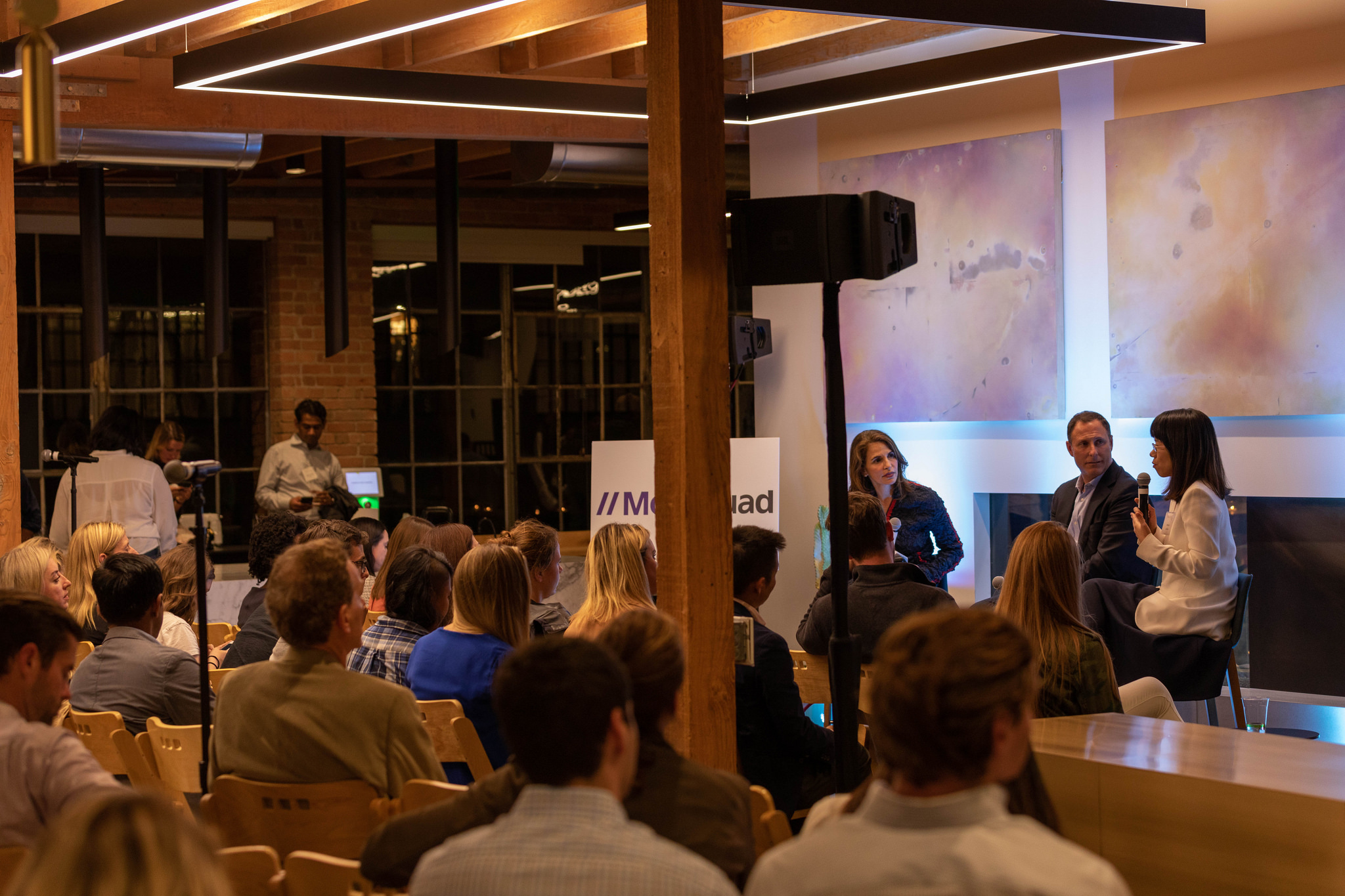 You can watch the chat for yourself below. In the meantime, some outtakes from that conversation follow, edited lightly for length:

TC: Walk us through how you decide on which companies to approach.

AL: Definitely leaders in their respective markets and geographies. Excellent, rock star teams. We are very friendly and collaborative with our founders, so we need to see eye to eye on their vision. The criteria isn’t so different from a lot of VCs here in the audience.

TC: More specifically, what do you want to see?

JH: In the continuum of venture capital, we’re late-stage growth. Our minimum check size is $100 million. We’re looking for product-market fit [meaning] some revenue and some traction before we typically come into a deal. It depends on which industry and which company. It could be GMV. It could be revenue. If it’s in enterprise software, it could be how many clients do they have and the diversification of the revenue and what the repeats and retention rates [are].

But we’re looking for companies that are growing very quickly and could deploy a lot of capital in a differentiated way to either capture new customers, market share, enter into new geographies, expand their product portfolio, or move into adjacent markets.

TC: How do you think about making that first call? I would imagine when companies get a call from you, it’s both exciting and nerve wracking, because you’re clearly looking at a certain sector and probably not just talking to that one company.

JH: First, we’ll do landscape studies, and have strategic hypotheses around certain sectors and how technology is impacting that sector and driving innovation. So, let’s say, in the real estate sector: we took a scan and looked at over 80 different companies across different aspects of the value chain. So we’ve already mapped out which are the incumbents, who are the up-and-coming startups, who is differentiating themselves, who’s getting traction. And then we have a thesis [about] where can money be made in those value chains. And then we go and approach those companies.

The other thing, often the phone rings when you have a large fund. People call us opportunistically. So sometimes it’s like, ‘Oh, you know, we looked at that eight months ago; maybe we should take another look.’ Because now a new player entered, or this company has gotten more traction, or they completed that merger they told us about, where they move from $20 million in [annual recurring revenue] to now $100 million. And we’ll come back to that because they called us. So it’s a combination. 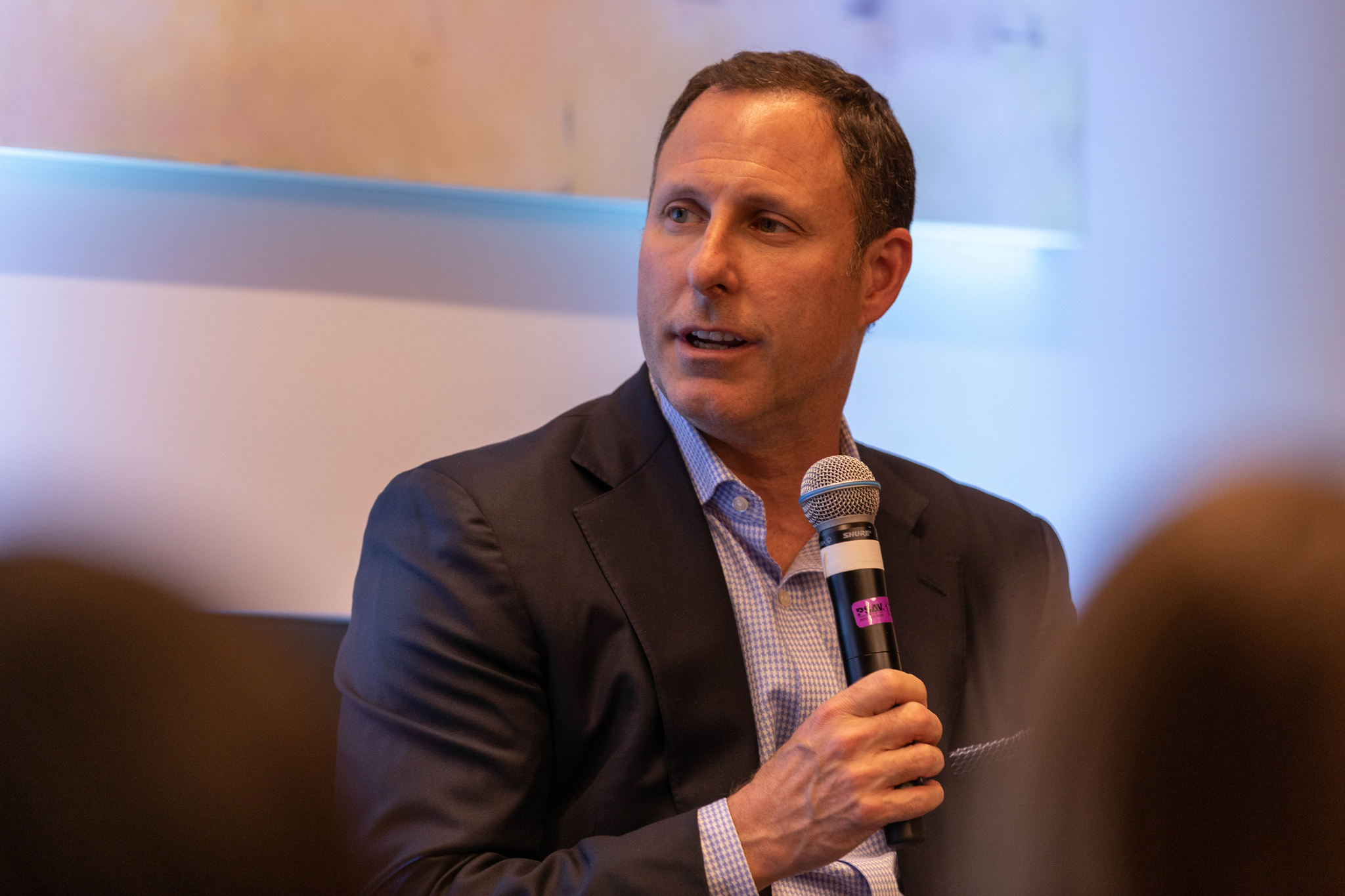 AL: We’re also looking for successful e-commerce models in emerging markets that are beginning to display characteristics such as in China in terms of rising income and the adoption of mobile internet.

JH: Also, half of what you read in the press, as you can imagine, is fake news. So companies are now using our name to create competitive tension in a term sheet, where we’ve never even met with the company. So I’ll read in the press, ‘Oh, we’re investing a billion in so and so company,’ and I log in and no one has ever met the company.

TC: Is that company then permanently off your screen?

TC: What does the decision-making process look like inside the Vision Fund? There are five managing directors in the Bay Area. You’re one of them. Is it a majority-rules situation?

JH:  So, for example, my team looks after consumer and real estate [opportunities], so if it’s a deal in consumer and we’re intrigued by it, we’ll do a bunch of work. We’ll meet with the management team. We’ll do some outside-in and inside-out research, and we’ll come up with an investment thesis.

If we have conviction internally, we then take it to managing partners and we ask the management team to come back and meet all of us. If there are no major objections, then we bring [the deal] to a global deal call, where partners around the world come together once a week, and we walk through our investment case. And Masa is on that call often, and he’ll say, ‘I’m intrigued. Bring the entrepreneur to Japan.’ So Masa meets every single entrepreneur who we invest in, which is phenomenal because he’s brilliant . .  . he has amazing pattern recognition. But what’s really amazing is, he’s fearless. He’ll sit with an entrepreneur and go, ‘I really love that concept. Have you thought about what if we remove barriers?’ Or, ‘What if capital wasn’t a restriction?’ Or, ‘What if we could land you a CFO, a CMO, and a CPO tomorrow. What would you do different?’ And it’s just fun to be in that environment.

And so if Masa says, “Yes, I’m intrigued, move forward,’ then we go to our formal investment committee to do confirmatory due diligence, then we close the deal.

TC: There was a story in the WSJ recently that talked of Masa’s brilliance but also painted a picture of his being impulsive. It said he can get excited about a company and rough out the deal terms and not leave much for everyone else to do. Does that happen often and either way, does it drive you crazy?

AL: All companies still come through the wringer, [including] the due diligence process, the investment committee meeting, sometimes lots of follow-up questions, and regulatory approvals.

JH: Sometimes where that changes is: we never bring a company to see Masa that we haven’t already kind of outlined what the deal terms will look like. But sometimes in that exploration, Masa says, ‘What if you went bigger, quicker, faster?’ Then instead of putting $300 million [into the company], he says, ‘Could you deploy $500 million? What would your business plan look like?’ And that’s where sometimes, the deal terms change. Because in the moment, he helps to think about, ‘Well, what if we bought your competitor and we move quickly in doing that? What if we took you to Japan quickly?’ And so the deal terms often change because of that more expansive worldview and the challenge to the management team of what they could do if we remove some of the perceived barriers to building a great franchise quickly. 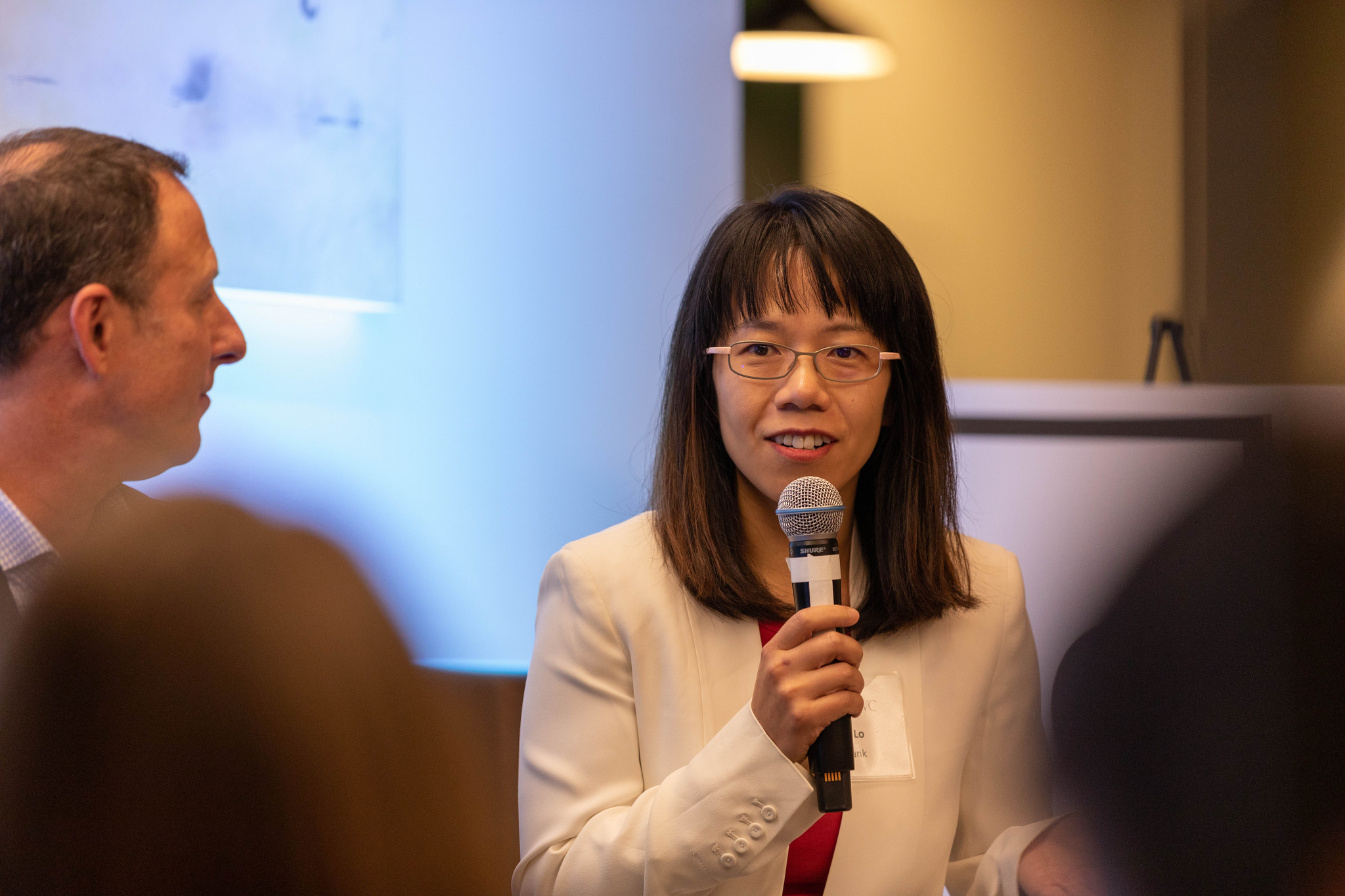 JH: Masa is a man of action. But he’s also a man of facts and wisdom. So I’ve had several deals where at first blush, he goes, ‘Yeah, I don’t really get it.’ And I’ll say, ‘Well, then I didn’t do a good enough job of explaining why we had such conviction around this investment.’ And so he’ll say, ‘Okay, come back. Take me through it so I can understand these aspects of it.’

Then there are instances where he says, ‘I was at this conference and met this entrepreneur and think they are really amazing. I want to invest in them.’ That’s not a mandate to go invest. That’s the permission to go explore. It’s our job to then go vet that [person’s company] and put it through the rigor and analytics and then come back to Masa. And there have been plenty examples where he was excited about something, and we say, ‘You know, the tech really doesn’t scale.’ Or sometimes it’s, ‘This is a great company and it’s number one, but we’ve found a much better, smaller company with better tech, a better management team, a better go-to-market strategy, better execution. We think we should [bet] on number two because they will pass number one in 14 months.’ And Masa if very open to [this]. If you know your stuff and it’s fact-based, he’s very open to changing his opinion.

TC: How much of the Vision Fund is being deployed in the U.S. versus elsewhere, and how mapped out is that in advance?

AL: It’s quite in line with how private equity gets deployed. If you think about the biggest venture and private equity ecosystems in the world, the two biggest being the U.S. and China, I think we do have 50-50 U.S and non-U.S investments across 30-plus companies. Based on what we’re seeing, I’d say Southeast Asia and the Middle East are next frontiers for us. But the check size would not be as large as in China, where it takes a lot more capital to build at scale.

TC: And how much are you looking to own of a company? I’ve read 15 to 20 percent, but it’s confusing, given the size checks you are writing.

You can check out the rest of our interview below.