Few things in the world of technology can really ever be said to be “done,” and certainly exoskeletons are not among their number. They exist, but they are all works in progress, expensive, heavy, and limited. So it’s great to see this team working continuously on their TWIICE robotic wearable, improving it immensely with the guidance of motivated users.

TWIICE made its debut in 2016, and like all exoskeletons it was more promise made than promise kept. It’s a lower-half exoskeleton that supports and moves the legs of someone with limited mobility, while they support themselves on crutches. It’s far from ideal, and the rigidity and weight of systems like this make them too risky to deploy at scale for now.

But two years of refinement have made a world of difference. The exoskeleton weighs the same (which doesn’t matter since it carries its own weight), but supports heavier users while imparting more force with its motors, which have been integrated into the body itself to make it far less bulky. 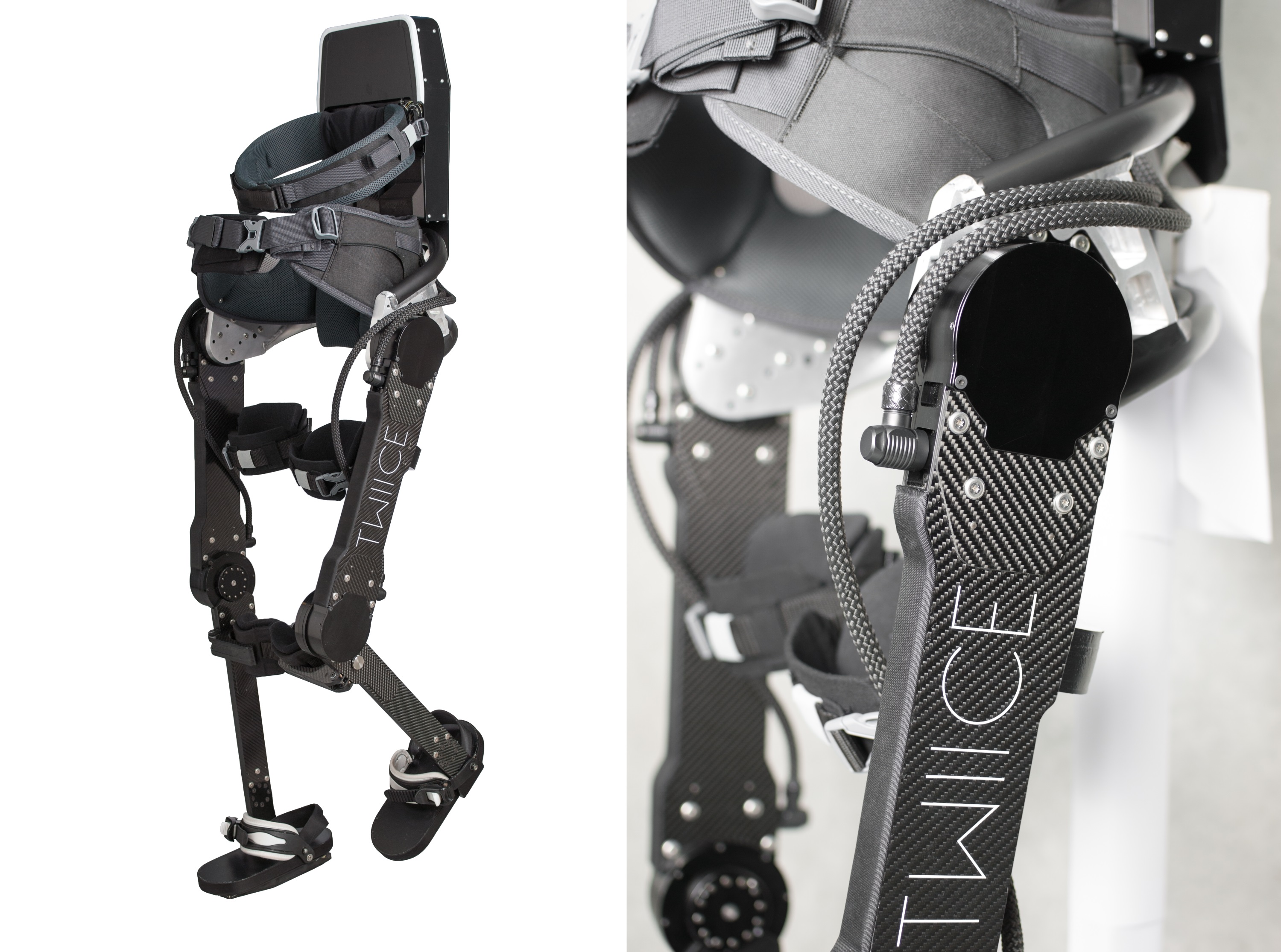 Perhaps most importantly, however, the whole apparatus can now be donned and activated by the user all by herself, as Swiss former acrobat and now handcycling champion Silke Pan demonstrated in a video. She levers herself from her wheelchair into the sitting exoskeleton, attaches the fasteners on her legs and trunk, then activates the device and stands right up.

She then proceeds to climb more stairs than I’d rather attempt. She is an athlete, after all.

That kind of independence is often crucially important for the physically disabled for a multitude of reasons, and clearly achieving the capability has been a focus for the TWIICE team.

Although the exoskeleton has been worked on as a research project within the Ecole Polytechnique Federale de Lausanne (EPFL), the plan is to spin off a startup to commercialize the tech as it approaches viability. The more they make and the more people use these devices — despite their limitations — the better future versions will be.