Hyundai first invested in Grab in January, and it joins recently announced investors Microsoft (undisclosed) and Booking Holdings ($200 million) in the round, which is aimed at reaching at least $3 billion before the end of this year. Grab first announced a $1 billion investment from Toyota in June and that was doubled to $2 billion when a range of institutional backers joined. Those include OppenheimerFunds, Ping An Capital, Mirae Asset-Naver Asia Growth Fund, Lightspeed Venture Partners and Macquarie Capital, and today Grab disclosed two others: Goldman Sachs Investment Partners and Citi Ventures.

In total, these additions take that Series H round to $2.7 billion so far, Grab said. That means that Grab, which is valued at over $11 billion, has now raised more than $6 billion from investors including SoftBank and China’s Didi. That’s a figure that extends its record for a startup in Southeast Asia. Grab claims 125 million downloads across its eight markets in Southeast Asia and over 2.5 billion rides completed to date, up from two billion in July.

Grab said that it will work with the Korea firm introduce a series of EV pilots in Southeast Asia that’ll feature Hyundai and Hyundai-owned Kia vehicles. The companies began working on the rollout of Hyundai’s IONIQ vehicle in Singapore earlier this year and now they will add Kia EVs and explore opportunities beyond Singapore. 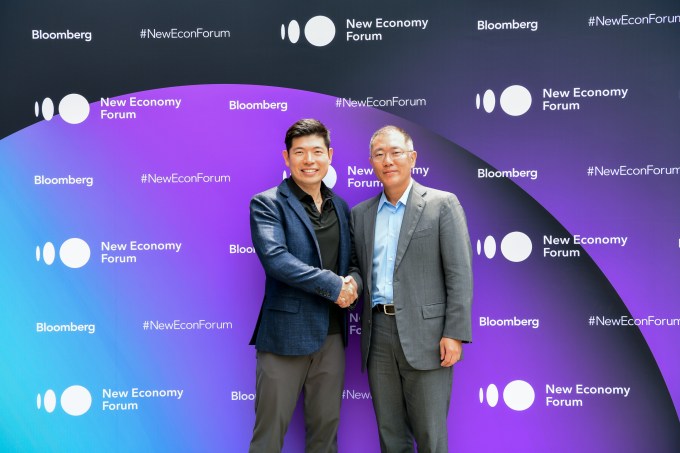 Grab has an EV fleet in Singapore — size undisclosed — and it is working with Singapore Power to roll out a network of charging hubs and packages for Grab EV drivers as it expands that EV presence in the country. But this Hyundai partnership would represent its first EV foray into other markets in Southeast Asia, which has a cumulative population of more than 600 million consumers, although it didn’t name which markets or give a timeframe.

As in Singapore, Grab said its EV strategy will include engaging governments and “infrastructure players” to set up the right conditions for EVs, such as charging networks, maintenance packages for drivers and general research into how EVs perform in more humid environments.

Beyond the EV plans, Grab’s Series H is being put aside for a number of ventures which include its push to become an all-in-one ‘super app’ that goes beyond transportation to cover food deliveries, services on-demand, payments and fintech services, and more. There’s also likely an allocation for competition because, although Grab consumed Uber’s local business in the region, Indonesia-based rival Go-Jek is expanding in the region.

Go-Jek, which is aiming to raise $2 billion in its latest funding round according to sources, has entered Vietnam, is in the process of launching in Thailand and has just begun recruiting drivers for a Singapore rollout. That means Grab needs to keep a substantial amount of powder dry in case of the (likely) event that its battle with Go-Jek descends into a discount war, as was often the case during its rivalry with Uber.

That explains why it is raising an enormous $3 billion round despite having already removed Uber from the region via the buyout deal, which saw the U.S. ride-hailing giant take a 27.5 percent stake in Grab.

That deal, by the way, didn’t really go as planned. Not only was Grab over ambitious on the logistics, including plans to consume most of Uber’s 500 staff, but it misread the public reaction and incurred the wrath of regulators. Singapore’s consumer watchdog hit Uber and Grab with a total of $9.5 million in fines for the “anti-competitive” merger, while the pair got a lighter reprimand in the Philippines.