They say in sport that the best teams win even when they don’t perform. On those terms, Uber seems unstoppable.

The day’s big news is that the U.S. ride-hailing firm is leaving Southeast Asia after it agreed to sell its business to local rival Grab. That much is true, but claims that Grab beat Uber out may be overstating the situation.

Ordinarily, you’d call the exit a loss for Uber and a win for Grab, but the devil is in the detail. The deal that has been agreed is a very solid win for both sides which reads more than an alliance than a settlement between winner and loser.

Uber takes a 27.5 percent stake in a growing business that was most recently valued at $6 billion.

That stake — worth north of $1.6 billion — is a strong return considering that Uber said today it has invested $700 million in Southeast Asia over the past five years.

Grab takes over and shuts down its largest rival’s business, all while importing any drivers and passengers that aren’t already on its platform and adding Uber Eats to its nascent food delivery play.

That’s a notable outcome for Grab, which started out offering licensed taxis only and required passengers to pay their bill in cash until three years ago. When Uber first arrived the two were hugely differentiated and market share was fairly even, but now Grab is the dominant player in the region by some margin.

Despite humble beginnings, Grab — which started out in Malaysia but relocated to Singapore — has made strides over the past two years. Today, it offers more than 10 transportation services — including taxis, private cars, car-pooling, bicycle sharing, and bike taxis — across eight countries.

You might read about its localization strategy and how important it is, and for sure it is impressive.

Beyond food delivery — which is now a fairly standard expansion for ride-sharing companies — it has made a push into financial services through its GrabPay service, which allows users to pay for goods and services offline, and a new venture that provides micro-loans and insurance products.

Grab’s focus on fanning out beyond ride-sharing is designed to capture and engage users beyond just offering transportation. The theory is that this not only makes it more useful to users, but it introduces entirely different (and potentially more lucrative) business opportunities that set the company up to become a profitable entity further down the line.

But — and this is the important caveat — this product expansion is in its early stages so the effect didn’t play out on Grab’s rivalry with Uber.

In fact, it looks like a lot of the rivalry came down to the usual factor: Money.

Put simply, Grab has consistently secured the financial backing of its investors.

As one senior Uber employee in Southeast Asia aptly explained to TechCrunch recently: “They just kept giving them money!”

Over the past two years the money factor appeared to swing in Grab’s favor. It raised $750 million in late 2016, and then followed that up with more than $2.5 billion last year to take it to more than $4 billion from investors at a valuation of over $6 billion.

Compare that to the $700 million Uber had invested in Southeast Asia and you can already see an advantage which is particularly key in ride-hailing when two firms are locked in an ongoing subsidy war.

So, for all those comparisons and fancy charts that show the total amount Uber raised as a global business, it was financially outmuscled in Southeast Asia presumably because it chose to limit its investment.

Grab’s money was strategic, too.

SoftBank and Didi, the ‘Uber slayer’ of China, fronted $2 billion of the newest round, while the likes of Toyota, Hyundai, Tiger Global, Coatue Management and influential Indonesian firms Emtek and Lippo are among others to have come aboard in recent years.

That network allowed Grab to hire experienced executives to fill out its team, including most notably Ming Maa, a “deal-maker” who joined as company President from SoftBank 18 months ago.

Uber was often quick to point out that it gave country offices the freedom to suggest and implement localized policies and ideas, but in Southeast Asia it seemed to lack overall coherence. For example, it only appointed a regional head for Southeast Asia last August, some four years after its initial arrival.

That symbolizes its struggle to develop a strategy until it was too late. And that’s without even mentioning the wave of controversies that hit Uber as a company in 2017, which no doubt impacted decision-making outside of the U.S.. 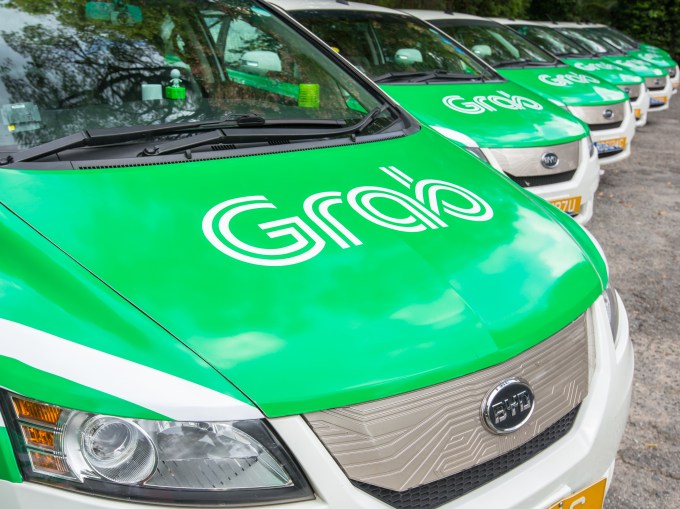 Uber struck decent deals to exit China and Russia, and it appears to be the same again here.

As a private company, it isn’t possible to analyze Grab’s shareholders and their ownership percentages, but Uber is likely now one of the largest investors in the business. That’s the ideal scenario for Uber and its shareholders because Southeast Asia is forecast to be a major growth market for ride-hailing, and Uber is now in the front seat with the market leader.

Currently a loss-making region for Grab and Uber, revenue from taxi apps in Southeast Asia is said to have more than doubled over the past two years to cross $5 billion in 2017, according to a recent report co-authored by Google. The industry is expected to grow more than four-fold to hit $20 billion by 2025, according to the same research.

Uber could have continued on, increased its investment and still seen success, but the deal it has landed allows it to maintain a presence via proxy while diverting resources to other markets worldwide. That stake in Grab, which is worth north of $1.6 billion as of Grab’s most recent funding round, is likely to appreciate significantly over time as the market grows and Grab’s fintech play yields fruit.

Sources close to the deal indicate that Grab gave Uber less than $100 million as part of this deal, and it will take on Uber’s roughly 500 staff across the region in addition to its ride-hailing business and Uber Eats, which is present in three countries.

More than the operational gains, Grab can now count on both Uber and China’s Didi as investors, with Uber CEO Khosrowshahi joining the board. That’s the kind of influence and experience that money can’t buy, and it may be essential for what comes next.

The next stage of ride-sharing in Southeast Asia will pit Grab against Indonesia’s Go-Jek, a $5 billion startup backed by big names including Google and Tencent. Go-Jek is leading in its home market — where it pioneered the kind of financial products and on-demand services that Grab is just launching now — and it houses ambitions to export its empire to new markets starting this year.

One source close to Go-Jek told TechCrunch that the company is preparing to launch in the Philippines potentially before the end of March. Go-Jek has been very deliberate about taking its time, but now that Uber is out of the equation in Southeast Asia, it’s time to walk to walk and amp up the battle.