Google Cloud is getting a managed cron service for running batch jobs. Cloud Scheduler, as the new service is called, provides all the functionality of the kind of standard command-line cron service you probably love to hate, but with the reliability and ease of use of running a managed service in the cloud.

The targets for Cloud Scheduler jobs can be any HTTP/S endpoints and Google’s own Cloud Pub/Sub topics and App Engine applications. Developers can manage these jobs through a UI in the Google Cloud Console, a command-line interface and through an API.

“Job schedulers like cron are a mainstay of any developer’s arsenal, helping run scheduled tasks and automating system maintenance,” Google product manager Vinod Ramachandran notes in today’s announcement. “But job schedulers have the same challenges as other traditional IT services: the need to manage the underlying infrastructure, operational overhead of manually restarting failed jobs and lack of visibility into a job’s status.” 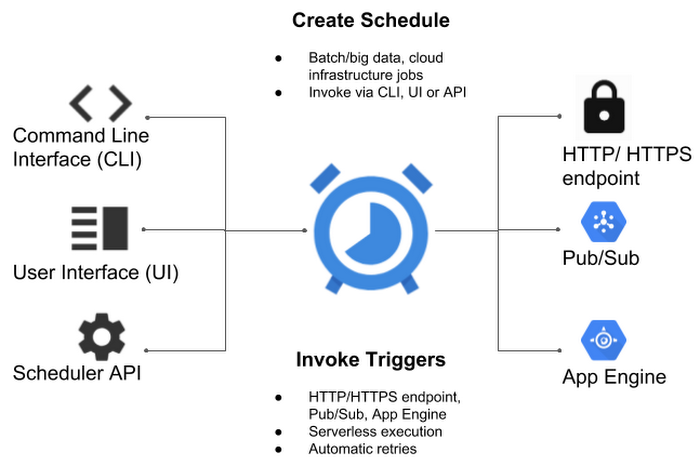 As Ramachandran also notes, Cloud Scheduler, which is currently in beta, guarantees the delivery of a job to the target, which ensures that important jobs are indeed started and if you’re sending the job to AppEngine or Pub/Sub, those services will also return a success code — or an error code, if things go awry. The company stresses that Cloud Scheduler also makes it easy to automate retries when things go wrong.

Google is obviously not the first company to hit upon this concept. There are a few startups that also offer a similar service, and Google’s competitors like Microsoft also offer comparable tools.