Instagram is considering offering collaborative School Stories that only a certain school’s students can see or contribute to. And to make sure these Stories wouldn’t become bullying cesspools, Instagram’s code shows a warning that “School stories are manually reviewed to make sure the community is safe.” School Stories could create a fun space for kids to share with their peers beyond the prying eyes of their parents or strangers, though they could also exacerbate teen culture issues around envy and exclusionary social scenes.

The code was first discovered by TechCrunch’s top tipster Jane Manchun Wong. Instagram declined to comment on the record regarding the code, though previous discoveries from its code that it also “no-comment’ed” — such as video calling and Nametags — went on to officially launch. But typically, Instagram confirms if it’s internally or externally testing features we spot, so if it ever decides to actually launch School Stories, it might not be for months or longer.

Instagram could still scrap the feature rather than having to risk the harassment issues and invest in moderation. Bullying isn’t always obvious name-calling. It can mean excluding certain kids from gatherings, using inside jokes to belittle people or just purposefully making life look more glamorous than it is. Instagram would have to develop an extraordinarily nuanced rubric for deciding what’s allowed, and do deep training of moderators to make sure they don’t miss anything. The question will be whether the teen engagement is worth the gamble. 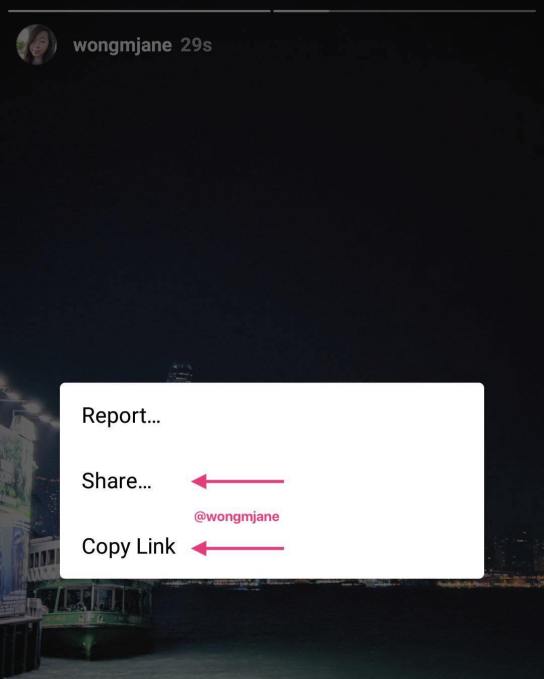 In other news from Wong’s findings, Instagram is also prototyping a URL scheme for Stories so users could share deep links directly to their Stories outside of Instagram. That could be very powerful for influencers, public figures and brands trying to build their audience with behind-the-scenes and day-to-day Stories content instead of just feed posts that already have URLs.

Instagram declined to comment on a Stories URL as well, so again it could be a while before this rolls out, if ever. But marketers might especially love the idea of being able to funnel ad clicks or fans of their other social profiles to their Instagram Stories. You could imagine Stories links floating around Twitter, YouTube and more. Snapchat has never offered more than a deep link to user profiles, so this could be a way for Instagram to show it does more than just copy.

Instagram already allows users to contribute to public collaborative Stories around locations and hashtags, while Facebook offers them for Events and Groups. And Facebook Stories recently launched holiday Stories where friends can see collections of each other’s posts for Halloween or other big moments. 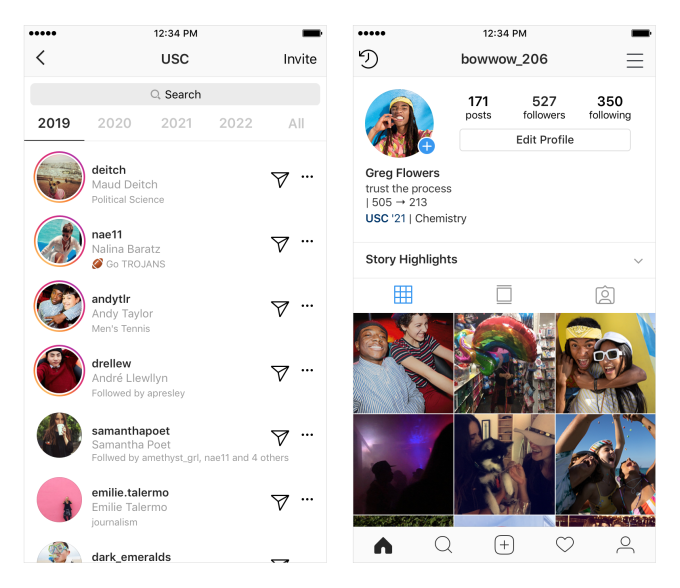 School Stories could build on the idea of Instagram sub-networks, which it first started testing last month with universities. Instagram used signals from what you post about, your location and your network to invite users to join their university’s network. This lets them show off a line in their profile with their school, class year, major, sports team and/or Greek affiliation, and show up in a directory for the school so people could follow them or DM their pending inbox.