South Korean peer-to-peer lending startup PeopleFund is in the money itself after it raised an $11 million Series B funding round that was led by Kakao Pay, the fintech division of Kakao, Korea’s top messaging firm. The deal comes as the country’s P2P marketplace continues to grow with a competitive field of players.

A newer arrival on the scene, PeopleFund was founded in 2015 as a marketplace that connects borrowers and investors to connect to enable lending. While that peer-to-peer model is often closely associated with loans to consumers, they are just one segment of the company’s target market, founder and CEO Joey Kim explained to TechCrunch. Consumer and personal loans represent around one-quarter, with 17 percent for SMEs and the remainder on mortgage and property, which include real estate construction developers.

However, PeopleFund is likely going after more adoption among consumers, and you’d imagine that is a major reason why Kakao Pay led this investment.

The business — which is backed by Chinese internet giant Alibaba’s fintech division — handles Kakao’s payment business while it has also forayed into financial products such as loans. With 43 million users — or 85 percent of the population — Kakao is Korea’s dominant chat platform by some margin, which gives Kakao Pay a running startup into payments and fintech services. 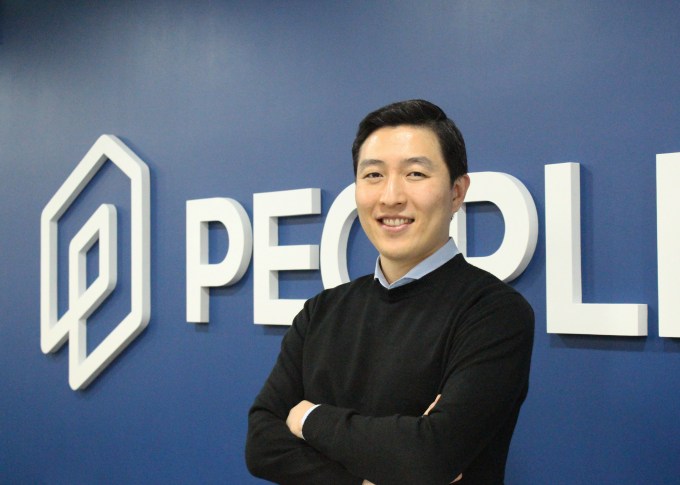 Even with its colossal footprint, Kakao Pay needs all the help it can get because Korea’s digital loan system is exploding.

The P2P market is estimated to have paid out $4 billion over the past four years, with estimates cited by PeopleFund forecasting that figure could jump to $10 billion by the end of next year as annual loan volumes rise to $3 billion. As with most fast-growing industries, there have been scandals — the CEO of Roof Funding was arrested this year on suspicion of fraud — and the government has stepped in to regulate, although the future looks bright.

PeopleFund and rival Tera Funding have both reached $300 million in loans to date, ahead of other rivals including Lendit and 8percent and Toss — which counts PayPal and Sequoia China among its investors. Like Kakao Pay, Toss plans to add loans and investment products into its popular payment service, which is processing $1.4 billion in transactions per month as of June this year.

Tera raised over $9 million in a January investment round, but it has been operating longer than PeopleFund. That means that the latter is Korea’s fastest growing digital loan platform, and Kim shared that 2017 saw 823 percent annual growth while the company reached a record monthly high of around $31 million in September. In another record high, September saw 69 percent of loans provided by institutional investors, as opposed to individuals. That’s important because institutions are a strong validation of the business and the P2P industry and, with more funds available, they can help scale the loan book faster than individuals.

But Kim and his team aren’t sitting around and, beyond the potential to collaborate with Kakao Pay, the new round will be used for product developing and hiring. Kim said the company plans to raise its current headcount of 90 staff with a focus on R&D hires, whilst also further developing its credit rating model and risk pricing for loans and mortgages.