The office might not seem like an area in desperate need of disruption, but Envoy — a Silicon Valley company used to sign in over 100,000 visitors at offices across the world each day; and a TechCrunch SF office neighbor! — has raised $43 million to do just that.

The company started life five years digitizing the sign-in book with a simple iPad-based approach, and it has moved on to office deliveries with an automated system that simply involves scanning a barcode. In both cases, alerts are routed directly to the person collecting the goods or visitor using an app.

The concept is simple: no more pen and paper, no calls or prompts, everything goes digital.

The result is an easier life for office workers and more efficiency for front desk staff, who have more time for important items. A basic version of Envoy is available for free, but the feature-rich options include two-tiered plans ($99/$249 per month) and bespoke packages for more advanced integrations.

This new Series B capital takes Envoy to $59.5 million raised to date. The round was led by Menlo Ventures with participation from existing backers Initialized Capital and Andreessen Horowitz. Envoy’s previous round was a $15 million Series A in 2015, and its seed investors include Marc Benioff as well as Initialized Capital partners Gary Tan and Alexis Ohanian.

Envoy has certainly expanded since that first $1.5 million seed deal. CEO and founder Larry Gadea, who spent four years at Google after joining at 19 and later worked for Twitter, told TechCrunch in an interview that its customer base spans 72 countries. Over 32 million visitors have been signed in to date and Gadea is particularly proud that 80 percent of its 10,000 daily companies — which includes well-known names like Yelp, Mailchimp and Rakuten — are based outside of Silicon Valley. That, he rightly asserts, is evidence that the issue isn’t just a Silicon Valley/first world problem like so many ideas spun out of The Valley can be.

“The growth has been absolutely nuts. It’s a very viral product… people see it, use it and then take it back to their company,” Gadea, who joined Google from high school in Canada, explained. “The majority of our deals happening through inbound.” 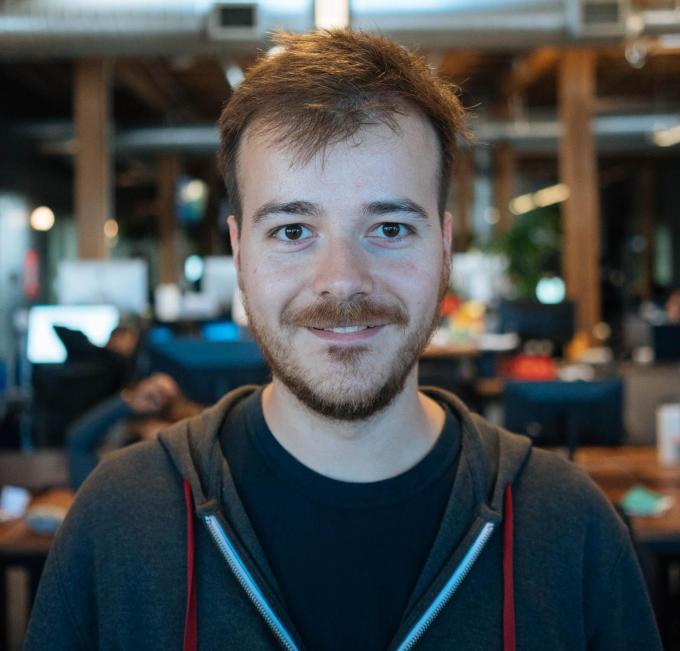 Organic growth is a good start, but $43 million is a lot of money and it’ll be used to go push things further still and expand the Envoy team which is currently at around 100 people. You can expect more new office digitizations from the company since its ultimate goal is to make the entire office smarter. That could include products like meeting room booking and other small pieces which, when put together, Gadea hopes will allow workers to concentrate on their work not unnecessary admin. Just as Envoy has done with front desk staff.

“We’re known for the front desk and sign-in but where I think it’s really interesting, and where our future is, is that the rest of the office is just so broken,” he explained. “There’s so much low-hanging fruit we can go after.”

Gadea explained a little more in an Envoy blog post announcing the new round:

Though we’ve helped modernize over 10,000 lobbies with automated iPad-based sign-in, and started bringing some order to the chaos of the mailroom, the rest of the workplace remains largely untouched: people are losing their keys/badges (and being locked out of their office!), meeting rooms are reserved but are unoccupied, lights/heating are left on after-hours, there’s all sorts of out-of-place things that nobody’s reporting, etc. Where are the products to fix all those things? And to unify them all together.

The ultimate vision is a kind of ‘office OS’ platform that other companies can build off. Gadea compares the potential impact to what Nest has done to the home with its smart products, which started with the thermostat.

Gadea is still working on a name for the platform, and he isn’t saying exactly what features it might include. Certainly, now that there’s an additional $43 million in the kitty, expectations for what might (first) appear to be a modest proposal for the front desk have been raised.