Twitter is making a change to how its tweet reporting procedures will work. Before, Twitter had experimented with both showing or hiding the tweet you reported, but users told the company they sometimes needed to refer back to the tweet – like when they’re trying to report it to law enforcement, for example. Now, Twitter says it will hide the tweet behind an informational notice, but allow you to tap the notice to view the tweet again.

In addition, the company is also making it more transparent to users whether a deleted tweet was deleted by the user or because Twitter took an action. If the latter, these same informational notices will display. 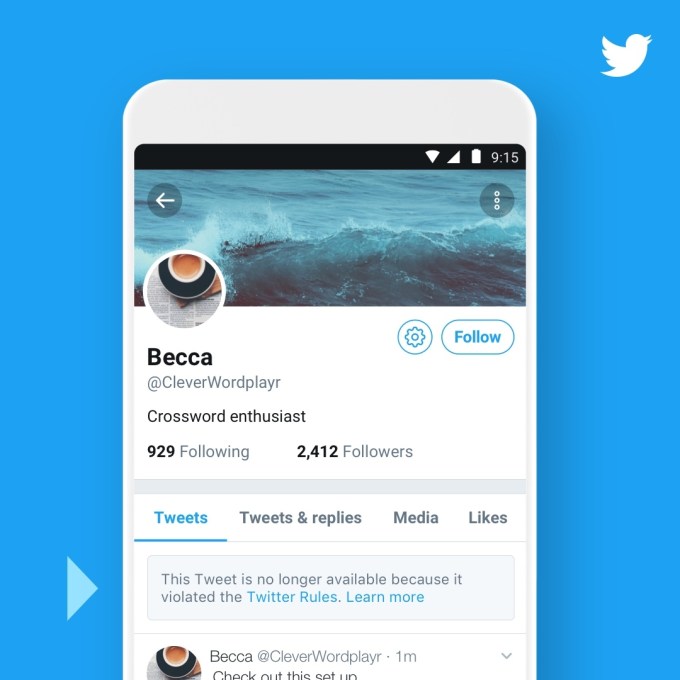 Going forward, Twitter says that once it has determined that a tweet should be deleted, it will display a notice that states the tweet is unavailable because it violated the Twitter Rules. This will also include a link to those rules and an article that provides details on how Twitter enforces its rules.

This notice will be displayed both on the account’s profile and on the specific tweet’s page for 14 days after the tweet is deleted.

This will roll out to the Twitter app and Twitter.com on the web in the coming weeks, the company says. 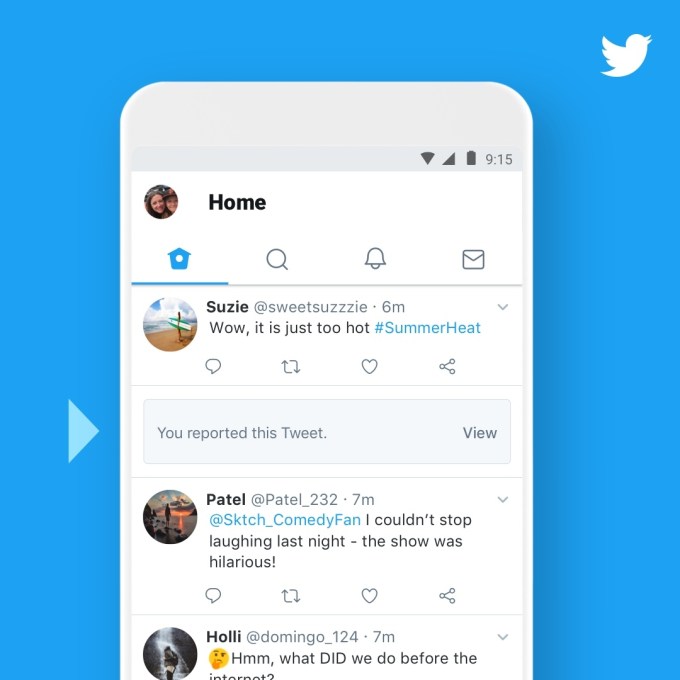 The new process offers a compromise between showing and hiding these tweets.

While the tweet is hidden by default, if you do need to see it, the option is available with a tap on the notice.

The change is the latest in a series of updates, feature release, and new procedures and policies that Twitter has been rolling out in recent months. The company has been trying to crack down on the rampant abuse and harassment that occurs on its platform, while also being careful about making sure its rules are understood and properly enforced.

Not everyone believes that Twitter is doing a good job at this yet, or that it will ever really be able to solve issues around online abuse and hate speech, which afflict so many social media platforms today.