Homebodies across the U.S. have reason to celebrate. Postmates — the on-demand food delivery service so popular in major cities that it’s a verb now — just launched in 134 new markets. Those 134 additional cities mean that Postmates has a presence in 550 cities total across the U.S, including places like Lubbock, Texas; Athens, Georgia; Columbia, South Carolina and Albany, New York. 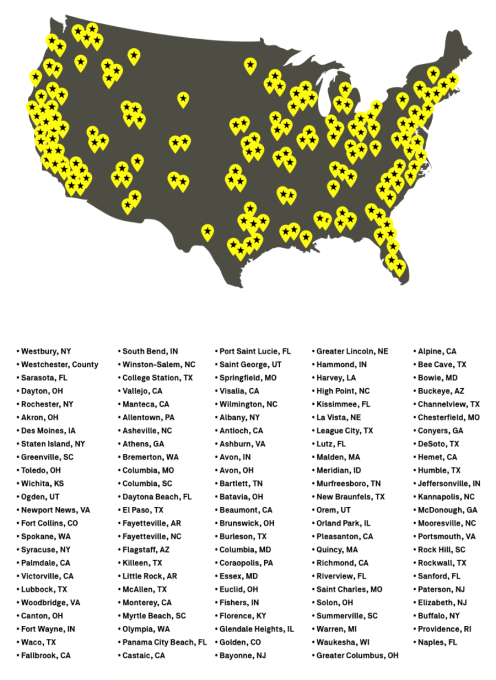 In April, the company announced that it would partner with Walmart on grocery delivery. The move was meant to offset Amazon’s potential dominance in the space given the online retail giant’s acquisition of Whole Foods last year. Postmates was most recently valued at $1.2 billion after a $300 million influx of funding last month.

In July, Postmates added a wave of more than 100 cities, bringing its count up to 385 at the time. Now, Postmates claims coverage of 60 percent of households in the U.S., showing that the company is serious about taking Bay Area-centric on-demand luxuries and its own delivery infrastructure far beyond Silicon Valley.

Postmates raises another $300M, reportedly valued at $1.2B