If you miss the old AOL chat rooms, you’ll love Facebook’s plan to combine Groups and Messenger without spamming you to death. Starting today, Facebook will gradually roll out the ability for members of Facebook Groups to launch group chats about specific sub-topics that up to 250 members can join. They can also start audio or video calls with up to 50 members. A dog owners’ Group could spawn threads for discussing spontaneous park meetups, grooming tips or sharing photos as their puppies grow up. Chat for Groups could make Facebook’s discussion forums more real-time and engaging, strengthening loyalty to one of the social network’s most differentiated features. 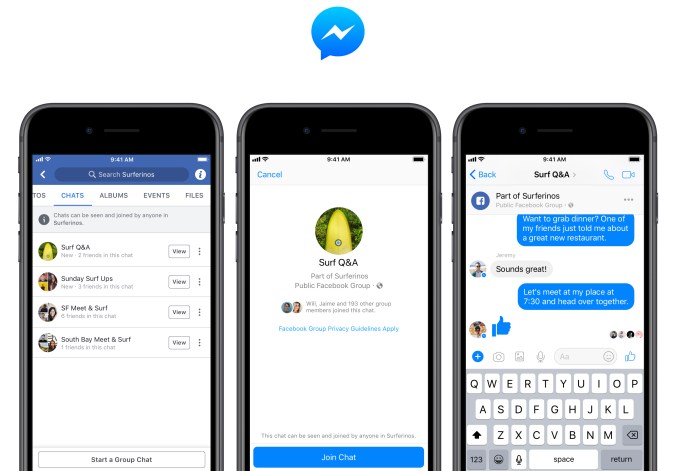 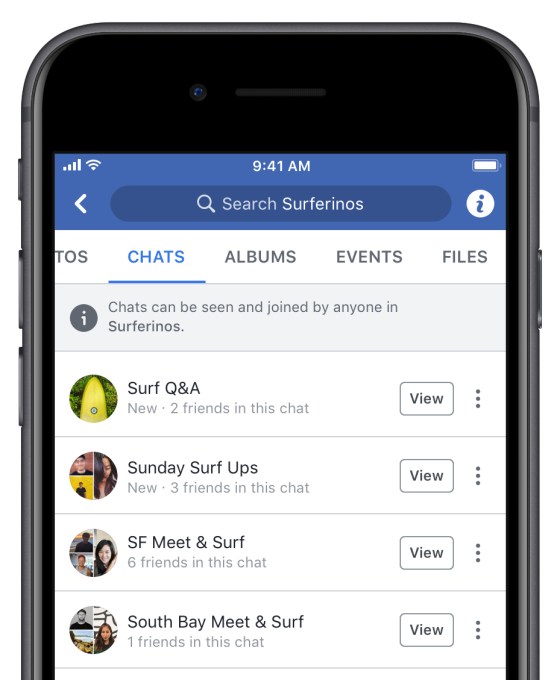 But instead of immediately alerting you of every message in every thread, you’ll first get a Facebook Groups notification inviting you to each new group chat you have to voluntarily join to receive further notifications. If you miss that initial alert, you can always go to the new Chat tab on Facebook Groups to browse the active threads or launch a new one. And if a Group chat gets overwhelming, you can turn off notifications about message reactions and Messenger games, or opt to only be notified if you’re @ mentioned in the thread. As a last resort against spam, Group admins can always shut down a group chat or limit their creation to only other admins.

Facebook has been poking around how it could integrate Messenger and Groups for a while. It already offers group chat for up to 250 members of a Facebook Event, and in 2016 Messenger tested public discussion “Rooms.” Now Facebook has settled on building chat as an extension of its existing Groups instead.

As the News Feed gets more politically combative and the algorithm preferences generalist content that’s appealing to everyone, there’s less room for niche interest content on Facebook. That’s contributed to an explosion of group chat activity on competitors like Telegram. WhatsApp revamped its own group chats with more admin tools in May to fight off this threat.

With 1.4 billion people active in Facebook Groups each month as part of tens of millions of active Groups, the feature generates a ton of activity and return visits for Facebook. With Groups Chats, Facebook expects users could “plan events, arrange in-person meetings, or have deeper discussions.” Messaging could also help Facebook build toward its goal of getting 1 billion people into what it calls “meaningful Groups” after it announced 200 million people already were as of May. With all the scandals plaguing its reputation and concerns that it polarizes the populace, Facebook is eager to find more ways to show it actually brings people together.