At a special event in New York City, Google announced some of its latest, flagship hardware devices. During the hour-long press conference Google executives and product managers took the wraps off the company’s latest products and explained their features. Chief among the lot is the Pixel 3, Google’s latest flagship Android device. Like the Pixel 2 before it, the Pixel 3’s main feature is its stellar camera but there’s a lot more magic packed inside the svelte frame. 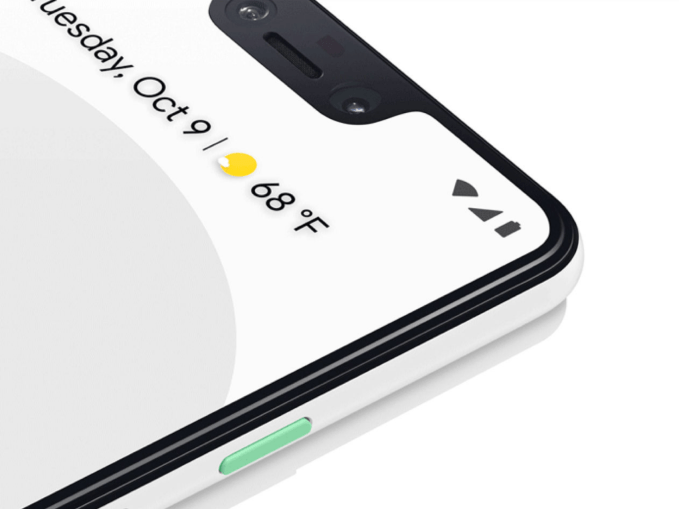 Contrary to some earlier renders, the third version of Google’s Android flagship (spotted by 9 to 5 Google) does boast a sizable notch up top, in keeping with earlier images of the larger XL. Makes sense, after all, Google went out of its way to boast about notch functionality when it introduced Pie, the latest version of its mobile OS.

The device is available for preorder today and will start shipping October 18, starting at $799. The larger XL starts at $899, still putting the product at less than the latest flagships from Apple and Samsung.

The device looks pretty much exactly like the leaks lead us to believe — it’s a premium slate with a keyboard cover that doubles as a stand. It also features a touch pad, which gives it the edge over products like Samsung’s most recent Galaxy Tab. There’s also a matching Google Pen, which appears to more or less be the same product announced around the Pixel Book, albeit with a darker paint job to match the new product.

The product starts at $599, plus $199 for the keyboard and $99 for the new dark Pen. All three are shipping at some point later this year. 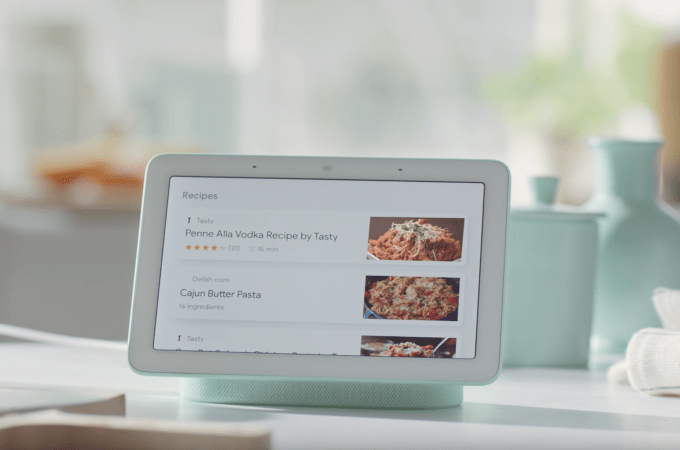 The device looks like an Android tablet mounted on top of a speaker — which ought to address the backward firing sound, which is one of the largest design flaws of the recently introduced Echo Show 2. The speaker fabric comes in a number of different colors, in keeping with the rest of the Pixel/Home products, including the new Aqua.

When not in use, the product doubles as a smart picture frame, using albums from Google Photos. A new Live Albums, which auto updates, based on the people you choose. So you can, say, select your significant others and it will create a gallery based on that person. Sweet and also potentially creepy. Machine learning, meanwhile, will automatically filter out all of the lousy shots.

The Home Hub is up for pre-order today for a very reasonable $149. In fact, the device actually seems like a bit of a loss leader for the company in an attempt to hook people into the Google Assistant ecosystem. It will start shipping October 22. 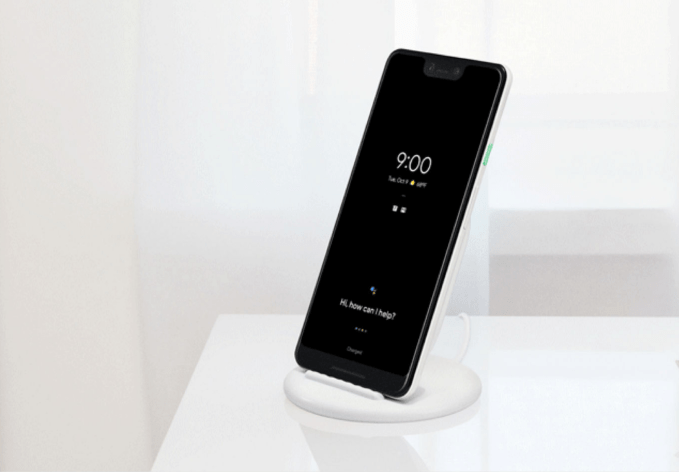 The Pixel Stand is basically a sleek little round dock for your phone. While it can obviously charge your phone, what’s maybe more interesting is that when you put your phone into the cradle, it looks like it’ll start a new notifications view that’s not unlike what you’d see on a smart display. It costs $79.