Facebook just snatched some talent to fuel its invasion of LinkedIn’s turf. A source tells TechCrunch that members of coding interview practice startup Refdash including at least some of its executives have been hired by Facebook. The social network confirmed to TechCrunch that members of Refdash’s leadership team are joining to work on Facebook’s Jobs feature that lets business promote employment openings that users can instantly apply for.

[Update 10:30pm pacific: Refdash has just published a blog post confirming our report, and indicating it will cease conducting interviews with clients as “we have decided to take on a new opportunity and become a part of a larger, fast-growing team”. The remains of the company will try to stay afloat, noting “As our team transitions, Refdash interviewing products and services will continue to operate independently under Refdash. Having said that, we will have to take time to figure out how to execute on it while keeping the quality of interviews at the highest possible level. We will be making those decisions at a later time. Until then, we will, unfortunately, be suspending our interviewing services.”

Interestingly, the team notes it will get to “impact a wider community across different industries and job verticals”, which could hint at Facebook’s motive. The Refdash team could help it build a similar service where you’re interviewed once and then several employers can opt to hire you, but for other jobs besides software engineering including food service, retail, or customer service roles.]

Facebook’s big opportunity here is that it’s a place people already browse naturally, so they can be exposed to Job listings even when they’re not actively looking for a company or career change. Since launching the feature in early 2017, Facebook has focused on blue-collar jobs like service and retail industry jobs that constantly need filling. But the Refdash team could give it more experience in recruiting for technical roles, connecting high-skilled workers like computer programmers to positions that need filling. These hirers might be willing to pay high prices to advertise their job listings on Facebook, siphoning revenue away from LinkedIn.

Facebook confirms that this is not an acquisition or technically a full acquihire, as there’s no overarching deal to buy assets or talent as a package. It’s so far unclear what exactly will happen to Refdash now that its team members are starting at Facebook this week, though it’s possible it will shut down now that its leaders have left for the tech giant’s cushy campuses and premium perks. 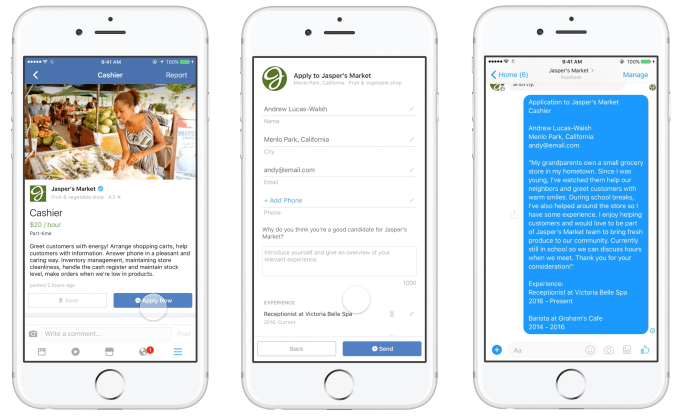 Founded in 2016 in Mountain View with an undisclosed amount of funding from Founder Friendly Labs, Refdash gave programmers direct qualitative and scored feedback on their coding interviews. Users would do a mock interview, get graded, and then have their performance anonymously shared with potential employers to match them with the right companies and positions for their skills. This saved engineers from having to endure grueling interrogations with tons of different hirers. Refdash claimed to place users at startups like Coinbase, Cruise, Lyft, and Mixpanel.

A source tells us that Refdash focused on understanding people’s deep professional expertise and sending them to the perfect employer without having to judge by superficial resumes that can introduce bias to the process. It also touted allowing hirers to browse candidates without knowing their biographical details, which could also cut down on discrimination and helps ensure privacy in the job hunting process (especially if people are still working elsewhere and are trying to be discreet in their job hunt). 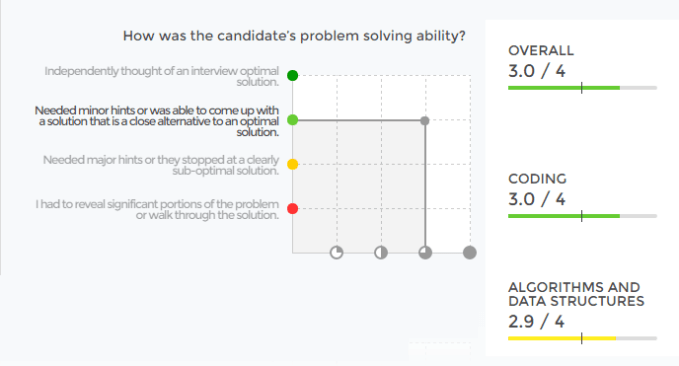 It’s easy to imagine Facebook building its own coding challenge and puzzles that programmers could take to then get paired with appropriate hirers through its Jobs product. Perhaps Facebook could even build a similar service to Refdash, though the one-on-one feedback sessions it’d conduct might not be scalable enough for Menlo Park’s liking. If Facebook can make it easier to not only apply for jobs but interview for them too, it could lure talent and advertisers away from LinkedIn to a product that’s already part of people’s daily lives.

The co-founders of Refdash have something of a track record in building companies that get acquihired to help add new features to existing services. Nikola Otasevic and Andrew Kearney were respectively an engineer and tech lead for Room 77, which was picked up by Google in 2014 to help rebuild its travel search vertical. At the time it was described as a licensing deal although Refdash’s founders these days call it an acquisition.

Building tools to improve the basic process of hiring via remote testing could help Facebook get an edge on technical recruiting, but it’s not the only one building such features. LinkedIn’s stablemate Skype (like LinkedIn, owned by Microsoft) last year unveiled Interviews to let recruiters test developers and others applying for technical jobs with a real-time code editor. LinkedIn has not (yet?) incorporated it into its platform.