Since its launch, one of the top complaints about YouTube’s live TV streaming service, YouTube TV, was that its DVR feature would often default users to the video-on-demand version of the show — which means you’d have to watch the commercials. It’s been one of the biggest drawbacks to YouTube TV, and a selling point for competitors’ services, frankly. That’s been slowly starting to change, however. And this week, YouTube announced several more deals that will allow users to opt for the recorded version of the show instead of the ad-filled, video-on-demand one.

This includes deals with AMC, Disney/ABC, FOX, NBCU and Turner-owned channels, says YouTube. Thanks to these deals, a number of the most-watched TV networks will now allow users to switch to the recorded version of the show, where they’ll have full control over pausing, rewinding and fast-forwarding at any time during playback — even during an ad break. 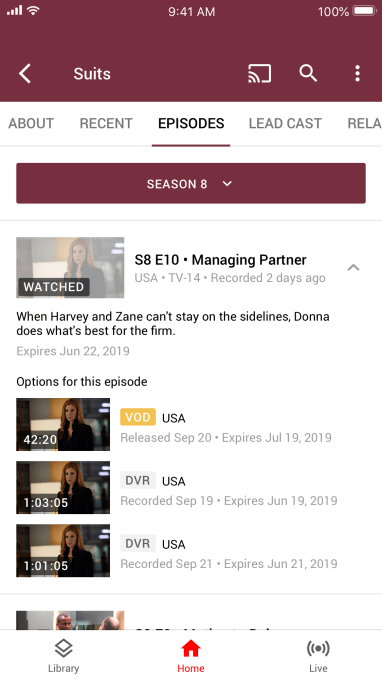 The change is not because of a technical advance, to be clear, but rather one that required negotiations on YouTube’s part. Its original compromise with TV programmers was that it would switch users to the on-demand version of the show, if available. But for YouTube TV subscribers, that’s been a subpar experience — and one that could drive them to rival services, like Hulu with Live TV or DirecTV Now, where fast-forwarding through commercials is supported.

YouTube also officially announced this week a number of other changes that aren’t brand-new, but recent ones it hadn’t publicly noted yet — including the rollout of a Dark Theme on the desktop — similar to the one on YouTube proper; the ability to personalize its Live TV Guide by reordering networks and hiding others; and the ability to turn off spoilers to hide sports scores. 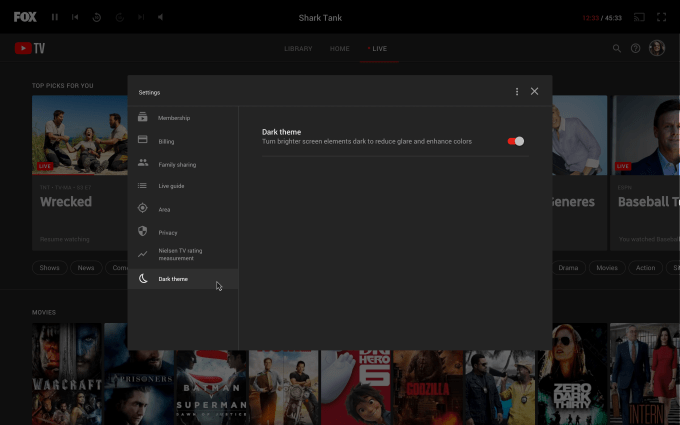 The streaming TV service is one of the newer ones to arrive, and still behind market leaders Sling TV and DirecTV Now, which have millions of subscribers. However, YouTube’s service is growing quickly, having gone from an estimated 300,000 paying customers in the beginning of 2018 to 800,000 this summer. With the DVR improvement, those numbers could grow even more quickly.