Hopper — a mobile-only travel booking app cofounded by a former Expedia executive in Montreal, Canada that uses artificial intelligence to help you search for and book hotels and flights — has gained a little elevation of its own today. The startup has raised another $100 million in funding, money that it plans to use to build out its AI algorithms and expand deeper into international markets. Hopper has now passed 30 million installs and 75 million trips planned, and says it’s on track to make nearly $1 billion in sales this year.

Sources very close to the company say Hopper’s valuation with this round is also flying: it’s now close to 1 billion Canadian dollars ($780 million in US dollars). As a point of comparison, Hopper was valued at US$300 million in its last round, in late 2016, and it has raised C$184 million (US$235 million) to date. Throughout that time, it’s been a consistent presence in the top-10 travel apps in the US, according to stats from App Annie.

Frederic Lalonde, CEO and co-founder of Hopper, said in an interview that the company is not profitable at the moment because it reinvests all its returns in fuelling its growth.

There are a sea of travel apps in the market today that help people search for and book trips, from old standbys like Expedia/Travelocity and Booking.com, through to newer upstarts like Airbnb and smaller startups that have been snapped up by bigger players (such as Hipmunk, now owned by SAP/Concur, and Kayak, acquired by Booking.com/Priceline for $1.8 billion).

Hopper has carved out a distinct place for itself by building an AI framework that not only helps people find good deals, but also discover trips they may have not known that they specifically wanted to take.

AI is used to build profiles of users and their interests, which Hopper starts to build after someone downloads the app and opens it for the first time and starts to use it. From that, Hopper asks to send push notifications, and when users respond to those, this helps shape their profiles further.

“We’re able to capture our users’ intent in an unprecedented way in the industry because users start watching their trips four to five months in advance of departure,” said Lalonde in an emailed interview (and pictured here with his cofounder Joost Ouwerkerk). “During that period, we build a relationship through an ongoing conversation about their trip, which primarily takes place via push notifications. User intent is key to our ability to implement further algorithms based on AI.” 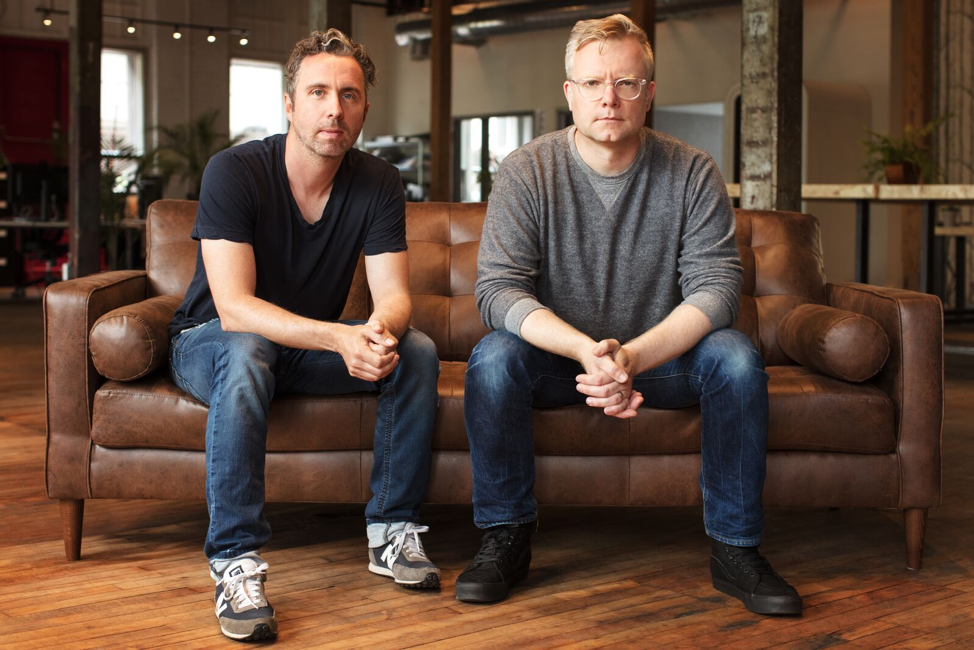 Added to this are some classic AI methods: Hopper, Lalonde said, learns more about its users by building lookalike profiles of anonymised data of people who have similar preferences to you. “It’s similar to how Netflix will recommend a show to you based on what other viewers like you are watching,” he said. “What once was done by a human travel agent is now done through a machine that gets smarter each time an action is (or is not) taken.”

AI, as you probably know, is a term that is thrown around a lot today, but it has a very direct relationship to how Hopper has grown its business. Lalonde said that 25 percent of Hopper’s bookings are the result of AI — in other words, users are booking trips they didn’t explicitly search for but the app knew to suggest. “Conversion rates on AI-based recommendation notifications are 2.6 times higher than ones for which the users explicitly searched,” Lalonde added.

Hopper is designated an OTA — not a metasearch provider or aggregator — so the booking takes place right in the app, rather than passing you on to another site. This means that the company makes money via commissions on those bookings. Lalonde said that 52 percent of its airline bookings are for international, long-haul flights — which translates to more is being spent per booking than for domestic flights, and typically not last-minute bookings. “We’re a very complimentary channel for airline and hotel partners given our users are shopping far in advance on mobile so we aren’t competing with their websites,” he said.

Going forward, Hopper will likely integrate more forms of travel that fit the profile of its user base. It has already started to do that with airlines, adding 47 low-cost carriers in Europe in the last year, which the company said has boost sales by 154 percent in the region compared to a year ago.

Still, Lalonde would not comment specifically on whether the company might ever try to add Airbnb or any other private-home platform to give people that option.

“Nearly 70% of Hopper bookers are Millennials so alternate accommodations is something we may be interested in exploring,” he said. “However, we’re currently entirely focused on scaling our hotel markets and supply since accommodations is still a very new category for us.” I think that this is something to watch, though: the more a company like Hopper intersects with a company like Airbnb in terms of user base and the kinds of services it provides, we might start to see them either work together more, or potentially see one gobble up the other in an ongoing consolidation effort. (I’ll also point out that Airbnb — which is valued now at over $31 billion and is on track for an IPO — is looking for more ways to connect to users beyond simply when they are looking for a place to stay.)

Nor, it seems, does Hopper have plans for ever expanding to old school web.

“Our core strengths are due to the fact that we’re mobile-only so we have no plans to offer a web product,” Lalonde said. Indeed, as laptop usage has declined, smartphones have only grown in their ubiquity. “As the world continues to shift from the web to mobile, and in-app in particular — estimates place online mobile minutes anywhere between 70-90 percent worldwide; 92 percent of all mobile time is spent in-app — we believe Hopper is in a unique position to become the go-to way to book travel,” he added.

Despite all that growth, we’re still in a relatively early and small stage of the market. Travel is currently a $1.3 trillion industry, online accounts for $662 billion of that, and mobile is a $264 billion part of it. For Hopper’s investors, they’re betting that the third of these will eventually be the dominant platform for the wider business, and that Hopper with the early groundwork that’s it’s laid has a shot at being a very big player within that.

“Mobile travel is growing 20 percent year over year. By continuing to innovate on mobile and ultimately change the way consumers plan and book travel, we believe Hopper has a tremendous opportunity globally,” said Damien Steel, Managing Partner at OMERS Ventures, in a statement. “We’re proud to continue supporting Hopper as the company further establishes itself as the leader in mobile travel booking.”