Facebook might be doing its best to stay out of political scandals in the latter half of 2018, but the company had a presence, front and center, at one of the most contentious Senate hearings in modern history.

Facebook’s vice president of Global Public Policy, Joel Kaplan, was spotted sitting prominently near his wife, Laura Cox Kaplan, in the section for Brett Kavanaugh’s supporters. He is pictured on the left side of the header image, second row, in a blue tie.

For reference, below is an image of Kaplan to the immediate right of Mark Zuckerberg during a Senate Judiciary joint hearing in April of this year. 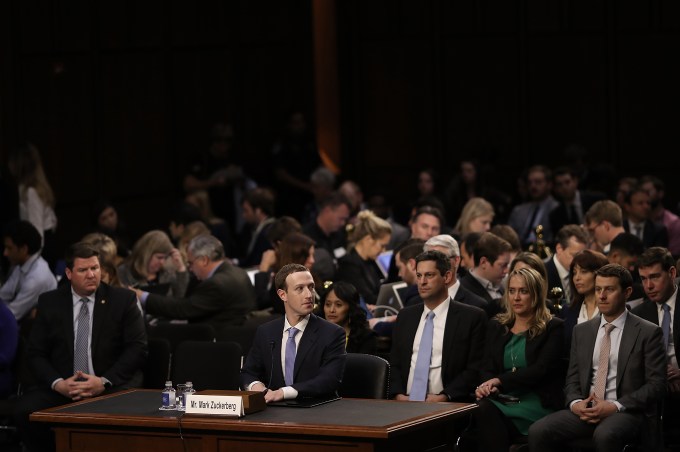 Kaplan has not made any public commentary on Twitter or Facebook about his support for the Supreme Court nominee, though, through retweets, Kaplan’s wife appears to be of the mind that the hearing is part of a “smear campaign” against the family friend.

Kaplan is also featured in this viral image, making the rounds on Twitter.

His appearance during the hearing is a show of personal support, though it still turns heads for such a prominent Facebook employee to make a visible statement during such a politically divisive event. Kaplan is not representing Facebook in a formal capacity.

Kaplan served as a policy adviser on George W. Bush’s 2000 election campaign and went on to serve as a policy assistant to the president and as the deputy director of the Office of Management and Budget (OMB) and a deputy chief of staff. Kavanaugh worked for the Bush administration during the same period, joining the former president’s legal team and going on to work on the nomination of Chief Justice John Roberts to the Supreme Court.

Kaplan joined Facebook in 2011 as its VP of U.S. public policy. Kaplan continues to serve in a heavily influential political role with the company today, leading its Washington D.C. office, which serves as the company’s lobbying arm.