Drone operating system startup Airware today suddenly informed employees it will cease operations immediately despite having raised $118 million from top investors like Andreessen Horowitz, Google’s GV, and Kleiner Perkins. The startup ran out of money after trying to manufacture its own hardware that couldn’t compete with drone giants like China’s DJI. The company at one point had as many as 140 employees, all of which are now out of a job.

A source sent TechCrunch screenshots from the Airware alumni Slack channel detailing how the staff was told this morning that Airware would shut down.

Airware makes a cloud sofware system that helps enterprise customers like construction companies, mining operations, and insurance companies reviewing equipment for damages to use drones to collect and analyze aerial data. That allowed companies to avoid using expensive helicopters or dangerous rigs with humans on harnesses to make inspections and gauge work progress. 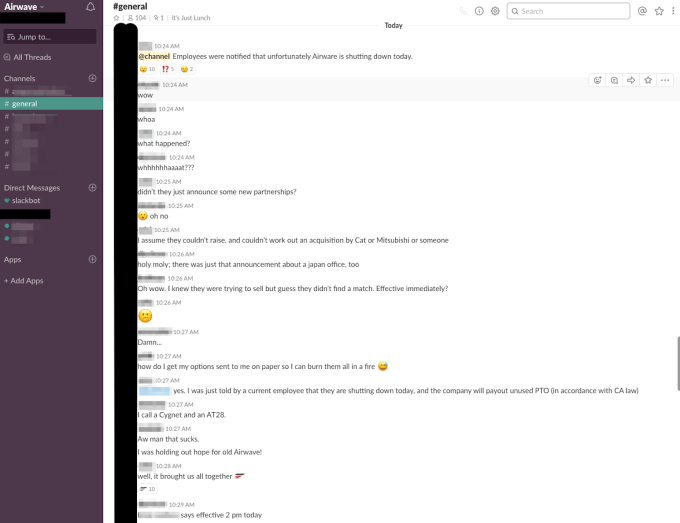 One ex-employee asked “How do I get my options sent to me on paper so I can burn them all in a fire?😅”

Founded in 2011 by Jonathan Downey, the son of two pilots, Airware first built an autopilot system for programming drones to follow certain routes to collect data. It could help businesses check rooftops for damage, see how much of a raw material was coming out of a mine, or build constantly-updated maps of construction sites. Later it tried to build its own drones before pivoting to consult clients on how to most efficiently apply unmanned aerial vehicles. 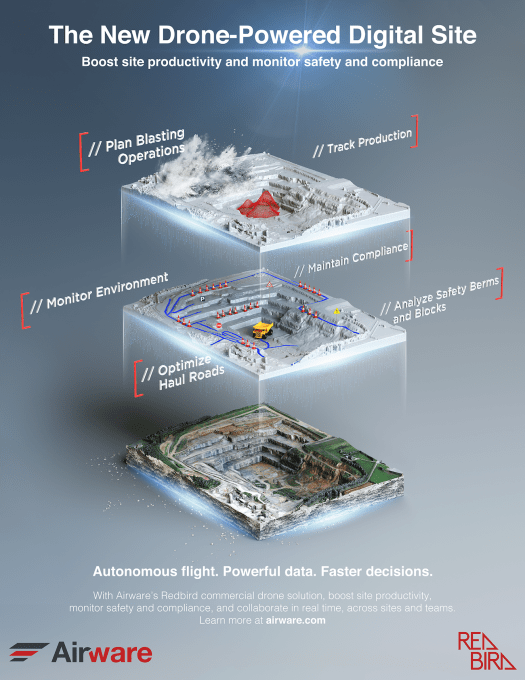 While flying high, Airware launched its own Commercial Drone Fund for investing in the market in 2015, and acquired 38-person drone analytics startup Redbird in 2016. In this pre-crypto, pre-AI boom, Airware scored a ton of hype from us and others as tried to prove drones could be more than war machines. But over time, the software that shipped with commercial drone hardware from other manufacturers was good enough to make Airware irrelevant, and a downward spiral of layoffs began over the past two years, culminating in today’s shutdown. Demonstating how sudden the shut down is, Airware opened a Tokyo headquarters alongside an investment and partnership from Mitsubishi just four days ago.

“Airware was ahead of the game trying to build their software. So far ahead that the drone hardware on the market wasn’t sophisticated enough to actually produce the granularity of data they needed to test out their software/train their algorithms” an ex-employee told TechCrunch (emphasis ours). “So they spent shitloads of money designing bespoke hardware, including two drones in-house, one multi-rotor called an AT-28, and one fixed-wing called Cygnet. Both projects were scuttled as hardware from DJI and Ebee caught up to needs, after sinking tons of engineering time and manufacturing into them.”

Following TechCrunch’s inquiry about the unnannounced news, Airware confirmed the shut down to us with this statement:

“History has taught us how hard it can be to call the timing of a market transition. We have seen this play out first hand in the commercial drone marketplace. We were the pioneers in this market and one of the first to see the power drones could have in the commercial sector. Unfortunately, the market took longer to mature than we expected. As we worked through the various required pivots to position ourselves for long term success, we ran out of financial runway. As a result, it is with a heavy heart that we notified our team, customers, and partners that we will wind down the business.

This is not the business outcome we had worked so hard for over the years and yet we are deeply proud of our company’s accomplishments and our leadership in driving the adoption of drone powered analytics to improve productivity, mitigate risks, and take workers out of harm’s way.

As we close the book of Airware; we want to thank the partners and customers who believed in us and helped us along the way. And, while it is difficult to say goodbye to our team, we want to thank them for all they have contributed to Airware and the industry. We look forward to seeing how they will take their learnings from Airware to fuel continued innovations in the world around us.”

[Update: Since we broke the news, Airware has put up a “thank you” note about the shutdown informing clients that “A representative from the Airware team will be in touch.”] 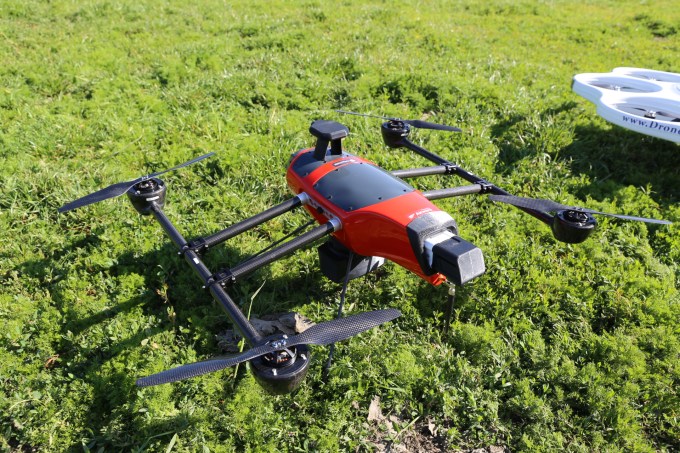 Employees will get one week’s severance, COBRA insurance until November, and payouts for unused paid time off. It appears the startup wasn’t able to raise necessary funding to save the company or secure an acquisition from one of its strategic partners like Catepillar.

Airware will serve as cautionary tale of startup overspending in hopes of finding product-market fit. Had it been more frugal, saved cash to extend its runway, and given corporate clients more time to figure out how to use drones, Airware might have stayed afloat. Sometimes, even having the most prestigious investors can’t save a startup from mismanagement.

Our ex-employee source concludes that “I think having $118M in the bank led Airware to charge ahead and sink tons of money into force-it-to-work methods rather than exercise a bit of patience and wait for the inevitable advance of hardware to catch up. They had a knack for hiring extremely talented and expensive people from places like Google, Autodesk, there was even SpaceX and NASA alumni there.

They spared no expense ever.”