The FDA is giving makers of e-cigarettes 60 days to come up with a more effective, forceful plan to combat underage use of the products.

FDA Commissioner Dr. Scott Gottlieb is yet again moving the goal posts for e-cig companies. He now considers underage use of electronic nicotine delivery systems (ENDS) an epidemic, forcing the government to make a choice that we all knew was coming: save the smokers or save the kids?

“I believe in the power of American ingenuity to solve a lot of problems, including this one,” said Gottlieb in a statement. “I’m deeply disturbed by the trends I’ve seen. I’m disturbed by an epidemic of nicotine use among teenagers. So, we’re at a crossroads today. It’s one where the opportunities from new innovations will be responsibly seized on right now, or perhaps lost forever.”

E-cigarettes, like the Juul (which owns more than 70 percent of the market by revenue), offer smokers what some say is a healthier alternative to so-called “analog” cigarettes. Smoking is the leading cause of preventable death, according to the CDC, with 6 million deaths per year worldwide, and that number is expected to rise to 8 million by 2030.

Public Health England says that e-cigarettes are 95 percent less harmful than combustible cigarettes. Addiction, which in this case is caused by nicotine, is always harmful, but not nearly as threatening as the harm caused by actual smoke from traditional cigarettes.

On the spectrum of risk, e-cigarettes should seem like a huge win in the decades-long battle against smoking.

But that was before teenagers started using e-cigarettes, including the Juul, at a surprisingly increasing rate. The FDA says more than 2 million middle and high school students were regular users of e-cigarettes last year. While nicotine isn’t all that harmful to a fully developed brain, the developing brain of a teenager is inordinately susceptible to addiction, and underage use of nicotine delivery systems may leave these users addicted to nicotine for life.

This dilemma obviously leaves e-cig makers in a tough spot, but it is also a sticky situation for the FDA. In July of last year, the FDA decided to extend the deadline for e-cigarettes to get FDA approval. This decision was made in part to give e-cig makers and the FDA itself the opportunity to thoughtfully and cooperatively figure out the ‘rules of the road’ in a budding new industry that Gottlieb himself believes is to the benefit of public health. As part of the extension, e-cig makers could leave their products on the market with the caveat that they were not allowed to bring new products to market.

In the wake of growing use by minors, the agency is now walking back some of those decisions. The FDA is keeping an even closer eye on offline and online retailers selling to minors, as well as watching for ‘straw purchases’ on the e-cig makers own online storefronts.

But the FDA is putting a good deal of the responsibility on the e-cig makers themselves. These companies, which include JUUL, Vuse, MarkTen, blu e-cigs, and Logic (97 percent of the market), will have sixty days to present the agency with a more comprehensive and effective plan to eliminate underage use of e-cigs, or the agency will have to re-evaluate its decision to extend the FDA deadline and leave these existing products on the market.

“JUUL Labs will work proactively with FDA in response to its request,” said Juul Labs spokesperson Victoria Davis. “We are committed to preventing underage use of our product, and we want to be part of the solution in keeping e-cigarettes out of the hands of young people. Our mission is to improve the lives of adult smokers by providing them with a true alternative to combustible cigarettes. Appropriate flavors play an important role in helping adult smokers switch. By working together, we believe we can help adult smokers while preventing access to minors, and we will continue to engage with the FDA to fulfill our mission.”

One of the trends that the agency has observed is minors attraction to flavors, particularly flavor-based cartridge devices, as opposed to open-tank vaping. The Juul happens to fall in the former category. If the FDA doesn’t see the response it’s hoping for in the next sixty days, flavors may well be the first piece to be taken off the market.

Juul Labs, in particular, has already done quite a bit to stymie underage use, from raising the age of purchase to 21+ on its website, removing everyone but real-life former smokers from its social media, investing $30 million into its own youth prevention plan, and working with online retailers to pull unauthorized listings of the product from their sites.

The letter from the FDA, then, suggests that the agency is looking for much more drastic action.

Big tobacco stocks are up on word of the news. 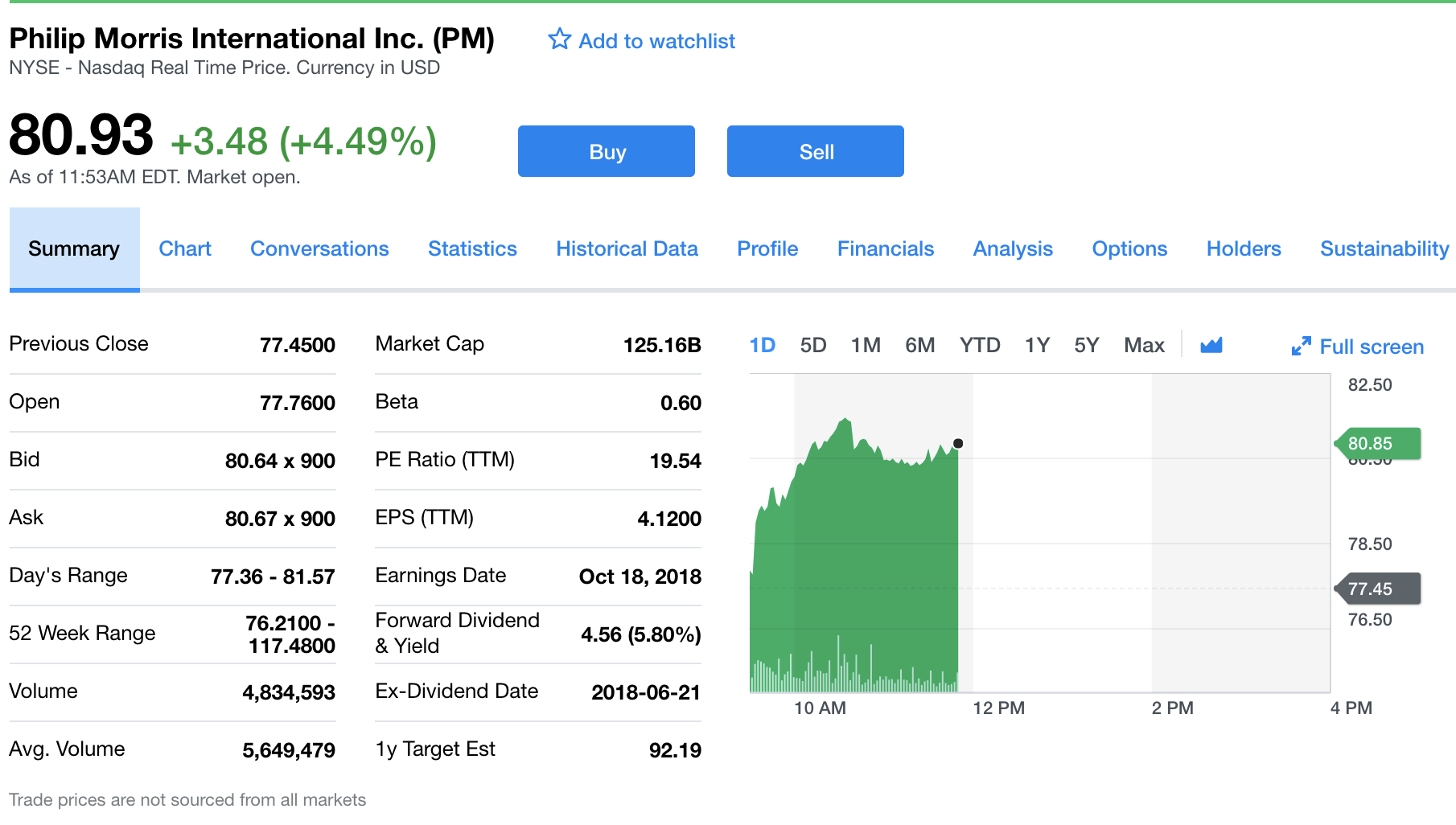