Twitter is launching a new feature that allows users to create audio-only broadcasts directly from Twitter itself, as well as Twitter’s Periscope. The feature, which Twitter CEO Jack Dorsey confirmed in a tweet this morning, is available from the same interface where you would normally launch live video. It’s currently accessible on the Twitter for iOS app, as well as on Periscope.

Looking forward to what folks do with this https://t.co/273orcivil

Now, instead of only having the option to record video after you tap “Live,” there’s a button you can tap to pick audio-only broadcast.

The feature was seen in beta testing in recent weeks, but @Jack’s tweet – along with the mobile app’s update log  – indicates it has now rolled out to all.

Twitter also confirmed to TechCrunch the feature is currently available only on the Twitter app for iOS and on Periscope for the time being. It hasn’t provided a time frame for when it will reach other platforms.

While those users will only be the ones at present who can record audio, all Twitter users across platforms will be able to see the recordings and play them back.

You can now do audio-only broadcasts on @Twitter and @Periscope pic.twitter.com/aFxd6WaDH6

As the update text explains, the feature is valuable for those times when you want viewers to hear you but not see you. This could allow people to share live news on Twitter of an audio-only nature, record sharable mini-podcasts, or post something to their followers that takes longer than 280 characters to explain.

Similar to live video, audio broadcasters will be able to view their stats, like number of live viewers, replay viewers, time watched and other metrics. 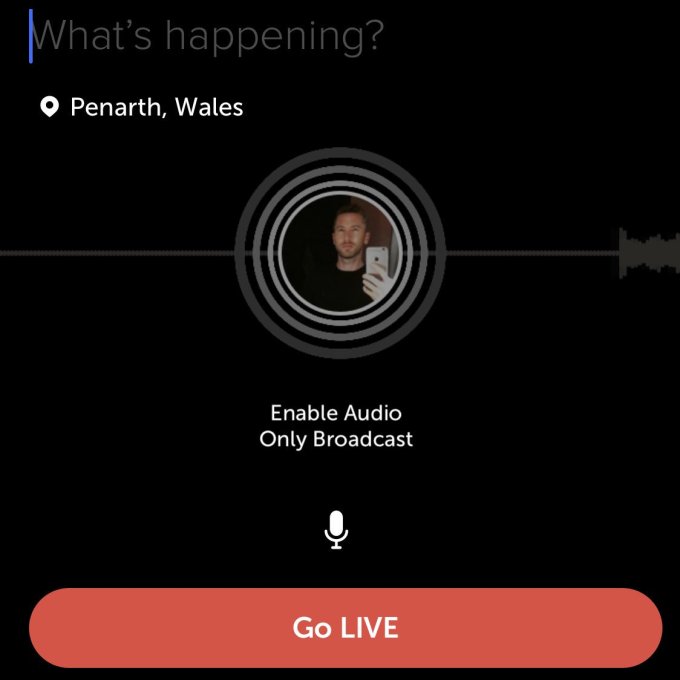 Sometimes you just want to talk, without being on camera. We’re launching audio-only broadcasting, so your followers can hear, but not see you.

Rolling out now for iOS. pic.twitter.com/tBsm37NcdH