While the Adidas Futurecraft 4D shoes are cool looking sneakers, the story behind those shoes is even more interesting. The sportswear company has partnered with Carbon to design a new kind of sneakers.

Behind the Futurecraft 4D, you can find a process that is not that new — 3D printing. Many companies promised an industrial revolution by bringing back factories to service-driven countries, such as the U.S. and European countries. But this partnership between Adidas and Carbon could turn that wild dream into a reality.

“What you saw there was basically this integration of hardware, software and chemistry all coming together to take a digital model, print it very fast, but do it out of the materials that have the properties to be final parts,” Carbon co-founder and CEO Joseph DeSimone told TechCrunch’s Matthew Panzarino.

And the secret sauce behind Carbon’s process is its cloud-based software tool. You use a primitive CAD, define some mechanical properties and it gets manufactured in front of your eyes.

“Ultimately, we're still ramping up the innovation. It will be faster, more limited material. Ideally, the vision is to build and print on demand,” he said. “Right now, most of our products are made out of Asia and we put them on a boat or on a plane so they end up on Fifth Avenue.”

You could imagine Adidas reducing the stock in its warehouse. “Instead of having some sort of micro-distribution center in Jersey, we can have a micro-factory in Jersey,” Liedtke said. When it comes to material, this manufacturing process lets you partly use corn-based material.

And it’s not just design. Making shoes on demand lets you optimize the structure of the shoe for different sports and bodies.

“In this case, we took 10 years plus — maybe 20 years — of science that we had on foot strikes, and running, and how runners run, and where the impact zones are, and what we need to design into it from a data standpoint. And then, we let the creative takeover,” Liedtke said.

Carbon isn’t just working with Adidas. The company is quite active on the dental market for instance, working on resins. “We now also have the world's first 3D-printed FDA-approved dentures,” DeSimone said.

It’s interesting to see that a simple product, such as a pair of shoes, can become the representation of a long process of research and development, engineering and design. 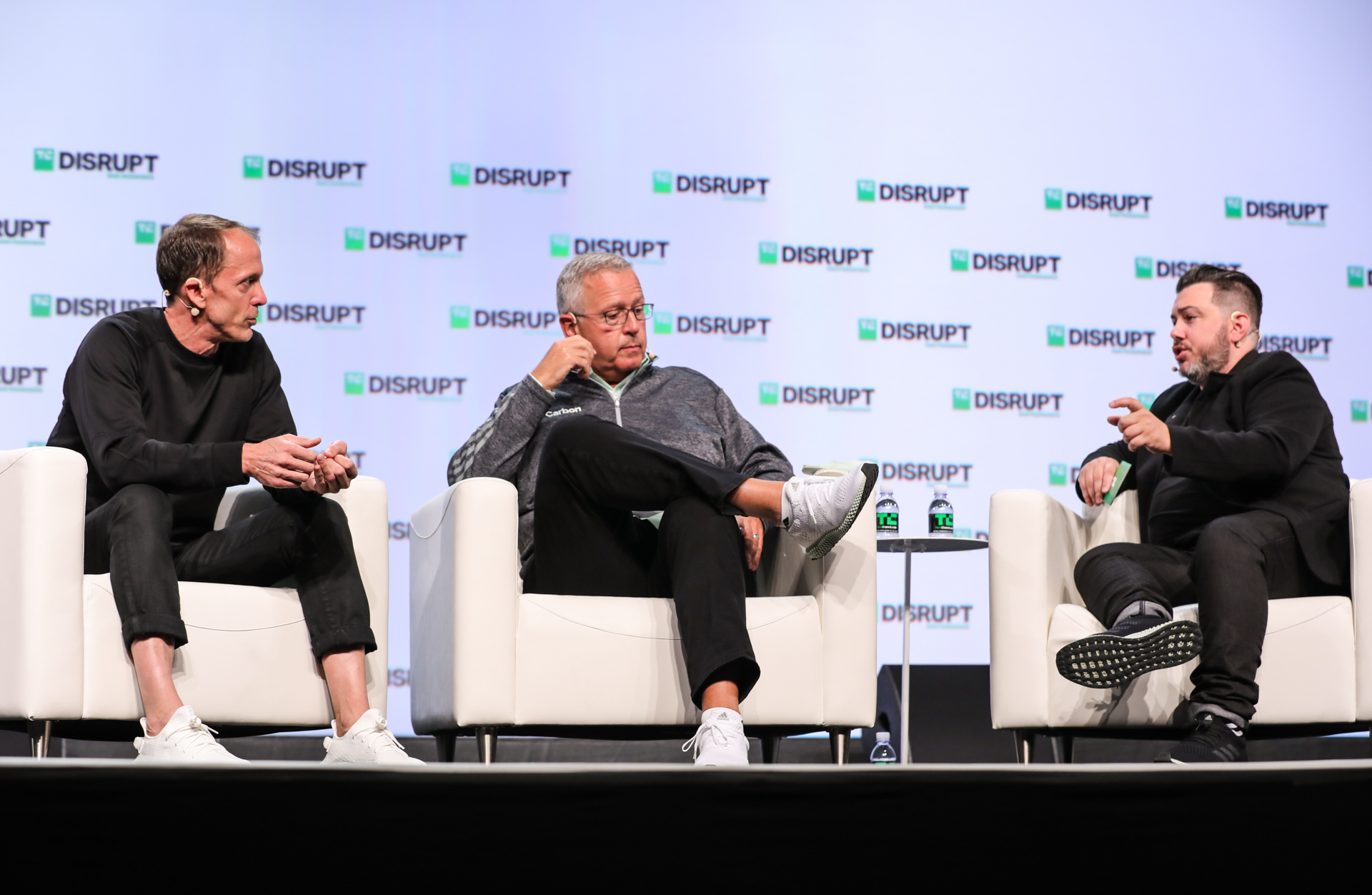