E-commerce beauty startup founder, Glossier CEO Emily Weiss, dished on stage at TechCrunch Disrupt SF 2018 this morning about some of the company’s top competitors in the e-commerce space, including Amazon as well as the forthcoming threat from Instagram – which is building out its own standalone shopping app, according to reports.

Glossier, founded in 2014 and backed by $87 million, has created a massive beauty brand that’s now a household name among women. And it’s done so without being on Amazon.

The company doesn’t work with Amazon, and Weiss said that it doesn’t intend to.

When asked if the company would sell into Amazon, she responded with an emphatic “no, no, no.”

Glossier may have been acquisition target for Amazon, however – when asked if Amazon ever approached Glossier about about a deal, Weiss didn’t deny it, but instead demurred, “a lot of people have approached Glossier,” before quickly moving on.

Weiss, clearly, doesn’t think that Amazon is the best place for beauty brands.

“The interesting thing about Amazon and how they’ve addressed obviously one of the biggest consumer needs, which is solving buying, is that in the process, in some ways, they’ve kind of killed shopping,” Weiss said.

“I think in terms of breadth of product, obviously, no one will ever beat them. They have done the most phenomenal job,” she continued.

But going to Amazon for everything, every time doesn’t make sense, she believes. It’s only one kind of shopping experience. 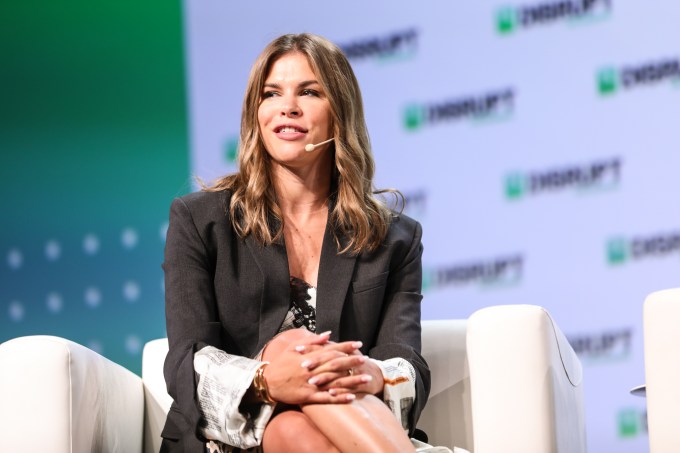 And even though Amazon is massive, it doesn’t mean there’s no room for others outside of its shadow to grow.

“E-commerce is 10% of global commerce – that’s nothing,” Weiss pointed out. “We are at the dawn of e-commerce, and this is one user experience,” she said, referring to Amazon.

Plus, Amazon’s user experience may not be the best fit for beauty and fashion products – even though Amazon is quickly ramping up in those areas with its own private labels, Amazon Fashion, Prime Wardrobe, beauty boxes, and other initiatives.

“I think it’s exciting that we are really at the dawn of  e-commerce, and that there’s going to be so many paradigms. What we’re focused on building is an emotional commerce experience which is focused on a breath of connection, and not a breath of product,” Weiss explained.

While Glossier may not be on Amazon, it does leverage Instagram to reach customers, possibly making Instagram’s shopping app a bigger rival, if launched.

“It makes sense,” Weiss said, when asked her thoughts about Instagram’s plans in this space. “72% of millennials make their purchasing decisions for beauty and fashion products through Instagram,” she said.

Glossier itself has a long history with Instagram. It launched on Instagram before it even had its website up, for example. They also just hired Keith Peiris, who led DMs and Camera at Instagram, as Head of Product.

“Instagram’s an incredible tool,” Weiss admitted, but also cautioned that it could still face difficulties as a shopping app. 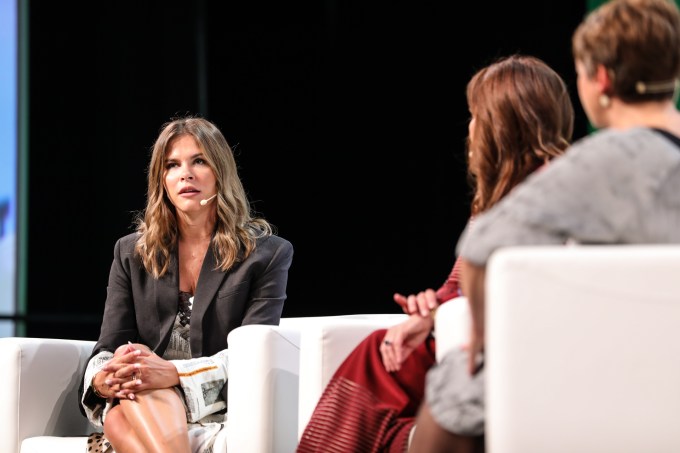 That said, Instagram could have more potential in the beauty market than Amazon.

“When you look at a platform like Amazon, no woman has ever told me that their criteria for best mascara was what was fastest or cheapest. That’s not how people are buying emotional things – like a fashion or beauty product,” said Weiss. “But the leading paradigm of what an e-commerce experience gives you is one of efficiency, and one of breadth of product. When what users are actually doing and wanting is one of breadth of connection,” she said.