Powered Clothing is not a robotic exoskeleton. Not in the standard understanding of the term, at least. Seismic CEO Rich Mahoney wants to make that much clear.

“Exoskeletons are what the public understands, with regards to wearable robotics,” Mahoney told TechCrunch in an interview ahead of the product’s debut onstage this week at Disrupt. “We’re absolutely not an exoskeleton. Part of our insight we saw is that everyone is wearing clothing and no one is wearing robots.”

Around the TechCrunch office, we’ve taken to calling the product “robotic underwear,” something that paints a bit more accurate a picture of what you’re getting yourself into. The product is designed to offer similar assistive functionality to what you get with SuitX or Ekso, albeit on a smaller scale, in a more discreet package.

“Our first product is integrating what we call intelligent wearable strength, focused on the core,” says Mahoney. “It symbiotically provides assistant to the hips and lower back to support mobility and posture. There are many people that can use that, but we’re really focusing on where the need is. It’s the broad consumer, wellness market.”

The company’s initial demographic is the aging baby boomer generation — wearers who are still mobile but can use an extra assist from Seismic’s textile-based tendons. It’s a far more subtle take on the company’s original model, a DARPA-funded spin-off of research organization, SRI International. 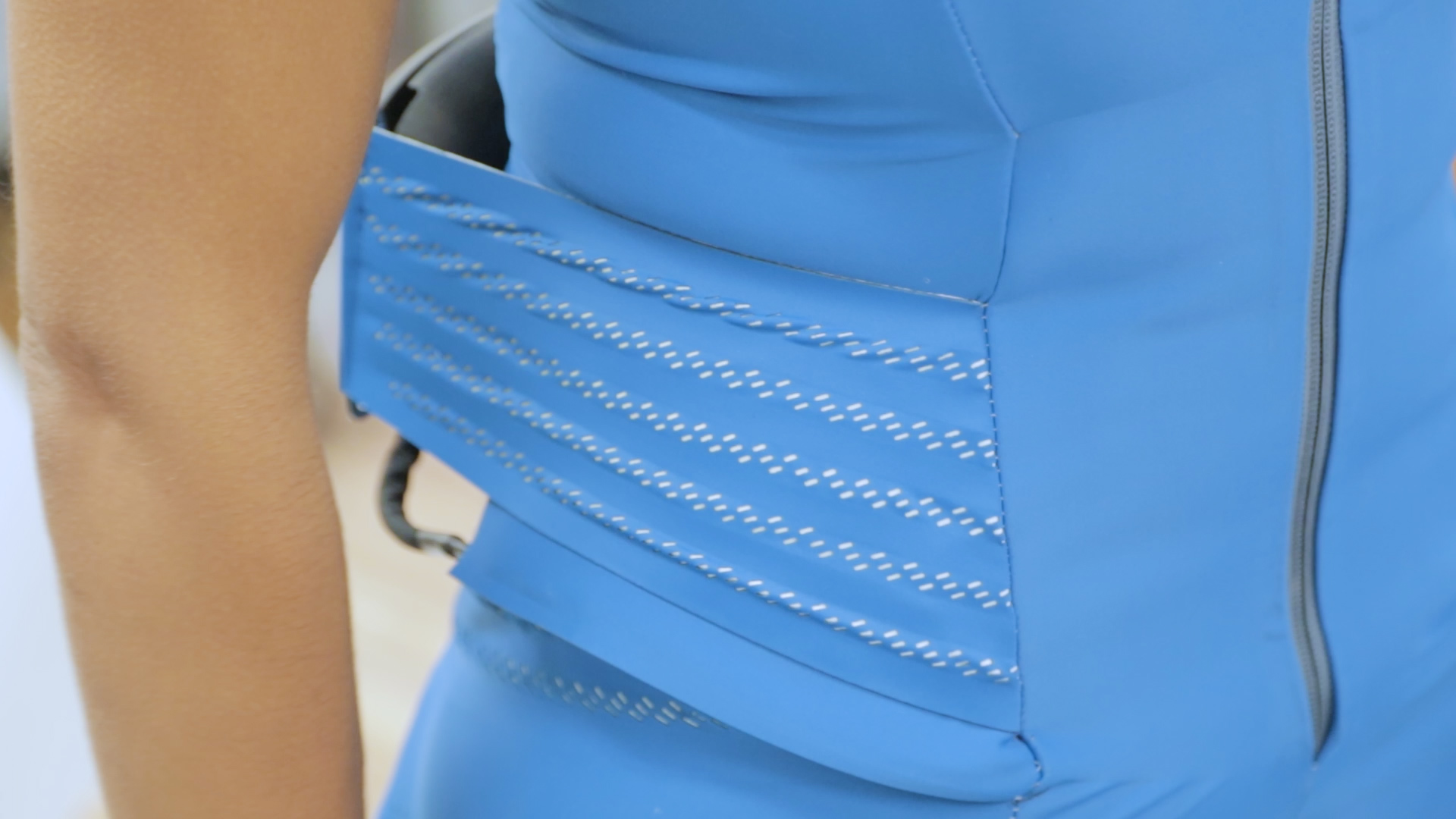 In those prehistoric days of 2016, the company was known as Superflex, and the product looked something a bit more akin to a bionic wetsuit. These days, the company employs a number designers alongside its robotics staff to deliver a wearable that’s, well, a bit more wearable.

“We understood that we were an apparel company and really saw a consumer-facing brand as being the way we wanted to approach the market,” says Mahoney. “We really have to think about what people understand and how we can bring functionality to clothing, while maintaining comfort, aesthetic and emotion. Really, our company is a fusion of apparel and robotics.”

Powered Clothing will come to market in limited quantities this year at a price “similar to high-end, premium apparel.”