Roblox, which allows kids to create 3D worlds and games, has raised an additional $150 million in funding.

The company didn’t disclose its valuation in the announcement, but a source with knowledge of the deal told us that it valued Roblox at more than $2.5 billion — the price that Microsoft paid to acquire Minecraft four years ago.

“This is a big year for us that fortifies the dream,” said co-founder and CEO David Baszucki.

Earlier this year, Roblox announced that it had become cash-flow positive, and Baszucki told me the company remains “extremely profitable.” So why raise more money?

“First and foremost, the reason to fundraise is to have a war chest, to have a buffer, to have the opportunity to do acquisitions, to have a strong balance sheet as we grow internationally,” he said.

In order to support that growth, Baszucki said Roblox will be opening offices in some regions like China (“most likely with a partner that hasn’t been announced yet”), but it also requires building out infrastructure like local language and local payment support. 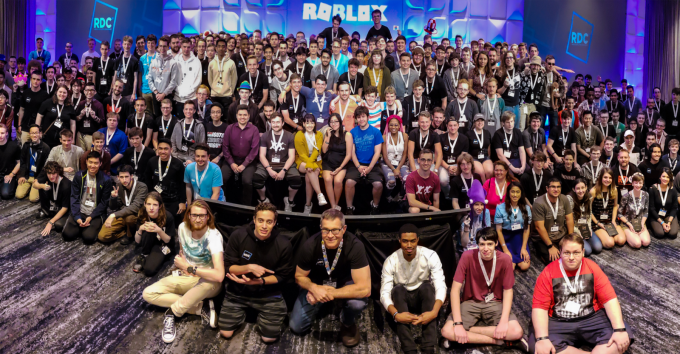 Roblox has now raised a total of $185 million in equity funding. The new round was led by Greylock Partners and Tiger Global, with participation from existing investors Altos Ventures, Index Ventures, Meritech Capital Partners and others.

Greylock’s David Sze has had big successes in both gaming and social media, having backed Facebook, LinkedIn, SGN and others. But he said Roblox is the first company he’s seen to “unify those two together on a platform in a magical kind of way.”

Apparently, Sze has known Baszucki for a long time — their kids went to the same school, and Sze remembered Baszucki bringing an early version of Roblox to the science fair. Gaming companies can be a risky investment, because their business relies on creating new hits, but Sze said Roblox is different.

“They aren’t making the games,” Sze said. “They’re letting the long tail of developers develop all the games on the platform, they’re let users decide what the successes are. It’s much more like a YouTube or much more like an Apple with the App Store.”

In a blog post about the funding, Sze even suggested that some of the next big gaming franchises could emerge from the Roblox platform, a prediction he repeated in our interview

“I’d be surprised if there aren’t some huge, high quality games that aren’t originated on Roblox in the next three-to-five years,” he said.

Roblox says it now has more than 70 million monthly active users, with more than 4 million creators who have built more than 40 million-plus experiences.

Of course, having a big platform with lots of user-generated content also creates risks — as illustrated in a recent incident where characters mimed gang raping a young girl’s avatar. (Roblox said a single server had been hacked, allowing users to upload code that violated the company’s rules.)

Asked whether these risks gave him any pause, Sze said, “User protection, user safety, all the aspects of having of having youth on your platform, it takes those things extremely seriously.”

“Are we perfect? No,” he said. “But I can tell you from inside the company that it’s an incredibly high priority. They’ve already done lots of things to help protect and make the user experience the best, and they have a list of stuff that they’re already working on.”

I’ll be interviewing Baszucki on-stage at Disrupt SF this afternoon, so stay tuned to TechCrunch (or come on out to the event!) for more on the funding and his future plans.

This story has been updated with the corrected amount for Roblox’s total funding.