A meek and quiet “no” was Twitter CEO Jack Dorsey’s refrain as he responded to an onslaught of questions from House Energy Committee Republicans about whether his service shadowbans or is biased against conservatives. A few Democrats like Rep. Sarbanes (D-MD) pointed out that the whole point of the hearing was to “work the ref” in an attempt to badger Twitter into an overcorrection that would promote conservatives and make it tougher to enforce its policies against right-wing trolls and conspiracy theorists.

Before the start of the hearing, Dorsey laid out data that showed Democrat an Republican Congress members got the same number of impressions per tweet when controlling for follower count — debunking the theory that it suppresses conservative messaging. Given the session’s spurious purpose, many of the questions were just different ways of asking if Twitter discriminated based on political ideology, which Dorsey repeatedly denied.

At times, Dorsey did seem unprepared, unable to provide enough data or understanding of specific anecdotes to counter accusations. Rep Duncan (R-SC) at one point detailed how one new Twitter user in DC only received recommendations to follow liberal politicians and pundits, and few or no conservatives. Dorsey fumbled, saying Twitter had a lot of work to do.

Two material points did come out of the hearing, though, which followed this morning’s session with Dorsey and Facebook COO Sheryl Sandberg about their efforts to prevent election interference.

First, Dorsey said that Twitter will release an abuse transparency report in order to quantify harassment on its service and its progress at preventing it. Rep DeGette (D-CO) cited Amnesty International’s “Toxic Twitter” study on harassment of women on the service. She asked if Twitter has demographic-based data on abuse and its response to reports of harassment.

Dorsey responded that “We do have data on all violations that we have seen across the platform and the context of those violations. And we do intend, and this will be an initiative this year, to create a transparency report that will make that data more public so that all can learn from it and we can be held public accountable.” 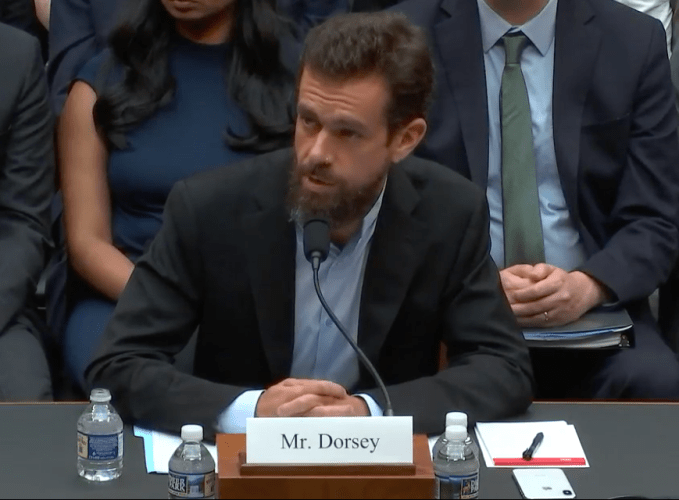 In May, Facebook began publishing abuse reports detailing the number of nudity/sexual content, graphic violence and hate speech posts it removed and what percentage were caught by automated systems.

Twitter already publishes transparency reports full of info about requests by the government for private user data or content take-downs, as well as copyright infringement and requests by content owners to suspend pirates. But the public knows little about just how many instances of abuse occur on the platform, how often they’re reported, Twitter’s speed and accuracy with which it responds to reports and the development of products that could thwart or remove abuse before it spreads. We’ve asked Twitter for details on what will be included. 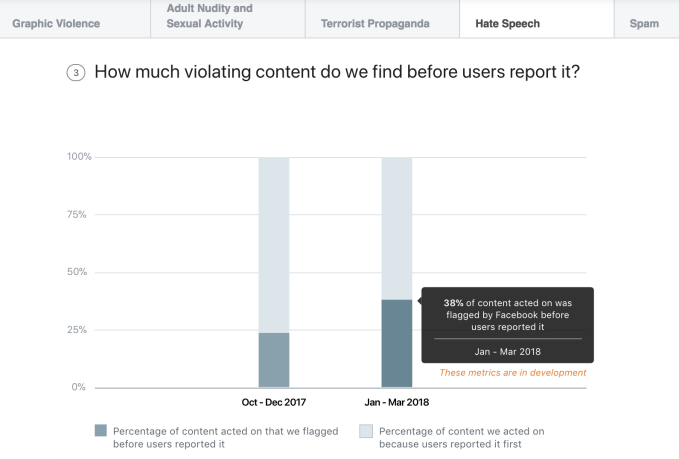 Second, Dorsey agreed to have Twitter undergo a civil rights audit. Rep Frank Pallone (D-NJ) asked, “Will you commit to working with an independent third-party institution to conduct a civil rights audit of Twitter?,” as well as make the results public and use them to change policies. Dorsey agreed, while noting that it already does internal audits with its Trust and Safety Board.

Again in May, Facebook agreed to a similar civil rights audit as well as a political bias audit. These will investigate whether Facebook discriminates against minorities or suppresses conservative views. It’s unclear exactly what the scope of Twitter’s audit will be, but we’ve asked the company.

These commitments could give Twitter more ammunition with which to fight back against the accusations that it’s failing to solve the abuse problem and that it preferences liberals — if the results come back positive. But they also could become a way to prove it’s moving too slowly, and any signal of bias no matter how small is sure to be seized upon by the current administration. 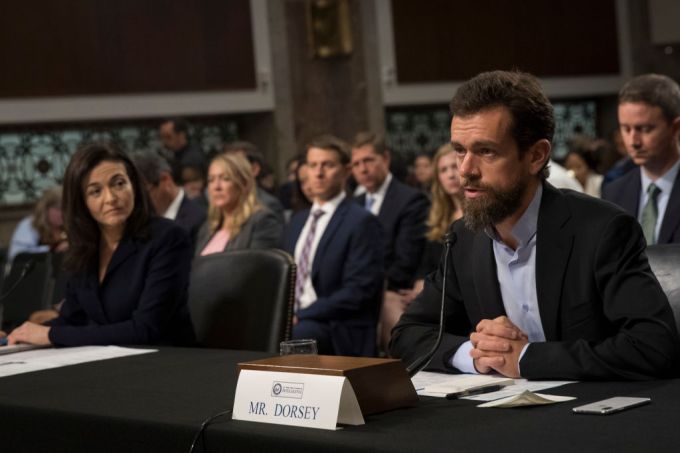 Yet while Dorsey spent the day saying Twitter is doing everything it can to prevent election interference and fairly enforce its policies, it’s yet to make a quantifiable financial commitment to that drive.

Facebook agreed to double its security and content moderation staff from 10,000 to 20,000 even if that hurt its profits. Yet when Rep. Pallone asked how many human content moderators Twitter has, how much they’re paid and how they’re trained, Dorsey dodged. “We want to think about this problem not in the number of people but in how we make decisions to invest in new technologies,” the CEO said.

After years in the red, Twitter posted a record $100 million profit last quarter. It’s time for it to pledge some of those profits, not just more words, toward solving its problems.