“From a simple business perspective and to serve the public, Twitter is incentivized to keep all voices on the platform”. That’s Twitter CEO Jack Dorsey’s argument for why “Twitter does not use political ideology to make any decisions” according to his prepared statement for his appearance at tomorrow’s hearing with the US House Committee on Energy and Commerce.

But it’s also validates criticism of why Twitter is reluctant to ban Nazis, hate-mongers, and other trolls that harass people on the service: It makes money off of them.

Twitter has been long-known to ignore reports of threats or abuse. It’s common to see people posting the screenshots of the messages they get back from Twitter saying that sexist, racist, homophobic, and violent remarks don’t violate its policies. Only when they get enough retweets and media attention do those accounts seem to disappear.

In fact, a Wall Street Journal report claims that Dorsey told a confidante that he’d personally intervened to overrule his staff in order to allow Infowars’ Alex Jones to remain on the app and to reinstate alt-right figure Richard Spencer. 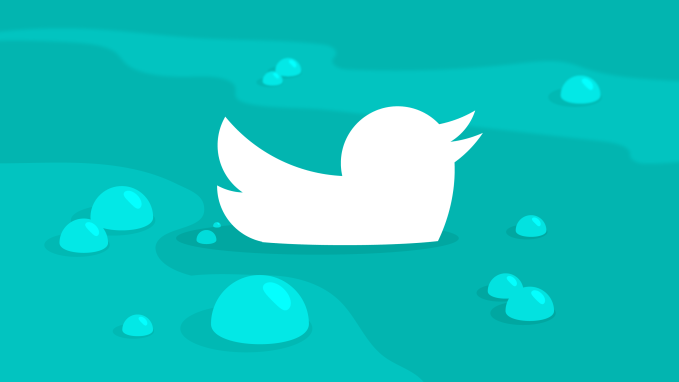 To avoid being labeled overly liberal which could lead to a flight of conservative users, Twitter has bowed to the abusers and weakly enforced its own rules. And since these trolls can be highly engaged with Twitter, they can rack up lots of ad views. Dorsey’s statement is emblematic of that stance, prioritizing user count, share price, and revenue over safety and civility.

Elsewhere in the statement, Dorsey makes a much stronger argument for why Twitter isn’t biased against conservatives via data instead of market forces. He says that Twitter compared tweets by Democrats and Republicans and found that “controlling for the same number of followers, a single Tweet by a Republican will be viewed as many times as a single Tweet by a Democrat, even after all filtering and algorithms have been applied by Twitter.” It’s that fact Dorsey should point to, not that Twitter isn’t biased because his hands are tied by Wall Street.

Dorsey also claims Twitter is making progress by tuning its algorithm to limit the distribution of abuse. He notes that signals that reduce a tweet’s prominence include if the author has “no confirmed email address, simultaneous registration for multiple accounts, accounts that repeatedly Tweet and mention accounts that do not follow them, or behavior that might indicate a coordinated attack”, as well as “how accounts are connected to those that violate our rules and how they interact with each other.” That’s supposedly led to “a 4 percent drop in abuse reports from search and 8 percent fewer abuse reports from conversations”.

But that progress would likely to come faster if Twitter was willing to make sacrifices to its bottom line. Facebook pledged to double its security and moderation team from 10,000 to 20,000 members despite the impact that would have on profits. Twitter has yet to make a pledge as direct and quantifiable. Facebook’s COO Sheryl Sandberg will also appear before Congress tomorrow to face tough questions about whether that hiring and its product changes are actually protecting democracy. But at least it’s throwing money at the problem.

Dorsey didn’t say Twitter was “incentivized to keep all civil voices on the platform” or “all voices that abide by our policies” — just “all voices”. But when Twitter lets trolls bully and shout down those they hate, it’s the victims’ voices that are silenced by ‘free speech’. It’s effectively endorsing censorship, not of those with conservative or even extremist views, but of the marginalized who most deserve that voice.

Hopefully during tomorrow’s House hearing, we’ll see members of congress use Dorsey’s own words to question whether his “simple business perspective” is what’s keeping such an ugly place to have a conversation.