WordPress.com has taken down a handful of blogs, according to several complaints from affected blog owners and readers who claim the sites were removed from WordPress.com, despite not being in violation of the company’s Terms of Service. Some site owners also said they were not notified of the shutdown in advance and have lost their work. The removals, we’ve learned, are in part due to a new policy WordPress has rolled out that now prohibits blogs from the “malicious publication of unauthorized, identifying images of minors.”

Yes, that’s right: Automattic, the company behind WordPress.com, has created a new rule to specifically handle the Sandy Hook conspiracists, and boot them from its platform.

In a YouTube video, the host of one site lamented, “They have wiped out 11 years of my fucking life.” He then read through WordPress.com’s Terms of Service, confused as to how he was in violation.

According to Google’s cache, his site hosted 9/11 “truther” content and claimed that Sandy Hook was a staged event. These are generally repugnant points of view to a large swath of people, but he’s correct in saying they weren’t views that WordPress.com had prohibited.

The update to WordPress.com’s policy follows a damning report from The NYT this week that explained on how the world’s largest blogging service has allowed Sandy Hook conspiracy theorists to remain online.

The issue, in part, has to do with how WordPress.com’s policies were originally written, the article explained.

WordPress.com’s policies were designed to be more resistant to the strategic use of copyright claims as a means of getting content removed. Longtime web veterans know they were written this way because they were created at a time when large corporations would wield copyright law – like the DMCA – as a weapon used to force platforms to take down content about their company that they deemed unfavorable.

But in recent years, the permissiveness these policies has also created loopholes for those whose spread disinformation, incite hatred and violence, and post abusive and offensive content to the web.

With little other recourse available to them, some Sandy Hook parents have used copyright law get images of their children removed from the web.

As The NYT explained, a Sandy Hook victim’s father, Leonard Pozner, filed copyright claims with a number of platforms, including WordPress.com, on images of his son Noah, a 6-year old victim of the Sandy Hook Elementary School shooting. Facebook, Amazon and Google complied with those requests. But WordPress responded with form letters that explained why the content could stay online.

The responses, which Mr. Pozner described to the paper as “automated, very generic,” and “very cold,” said that the conspiracy blog posts represented “fair use” of the material. It defined fair use as anything that included “criticism, comment, news reporting, teaching, scholarship, and research.”

Unbelievably, the letters also warned Mr. Pozner that it could collect damages from him for knowingly materially misrepresenting copyrights.

Imagine contacting a company to complain that it's mass disseminating deceptive content about the death of your son and being told by that company that it could seek damages *from you* for doing so. Tech, you have a long, long way to go. https://t.co/MfWm80hJsx pic.twitter.com/O2K1Dg1acA

Yes,Automattic told the father of a murdered 6-year old that it could seek damages from him if he didn’t stop asking it to remove the stomach-churningly offensive content from those who believe the Sandy Hook shooting never happened, and that parents mourning the loss of their children were actors.

The company told The NYT that language was a part of a predefined statement it used, and was sorry that it did so in this particular situation.

However, it also admitted that the posts in question weren’t in violation of any current WordPress.com user guidelines or copyright law.

We understand the company has since phoned Mr. Pozner to apologize directly. It then created a new policy to address the problem. 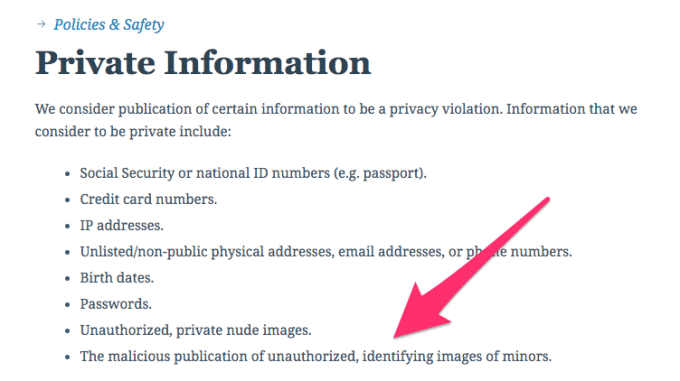 Combined, WordPress powers 31.6 percent of websites on the web, and has 60% of the CMS market, so this change has a sizable impact on the web as a whole.

If the booted bloggers now move to their own self-hosted sites, the responsibility of shutting them down will fall on the web hosting companies. Of course, don’t expect that to happen anytime soon.

Some of the affected bloggers will probably claim their rights to free speech are being violated. They’re wrong. The First Amendment protects people in the U.S. from the government censoring or punishing you for what you say. It doesn’t protect your Twitter account, Facebook profile, or now, your WordPress.com blog.

Update: This post was edited after publication to correct a typo on Mr. Pozner’s last name.