Inokyo wants to be the indie Amazon Go. It’s just launched its prototype cashierless autonomous retail store. Cameras track what you grab from shelves, and with a single QR scan of its app on your way in and out of the store, you’re charged for what you got.

Inokyo‘s first store is now open on Mountain View’s Castro Street selling an array of bougie kombuchas, snacks, protein powders and bath products. It’s sparse and a bit confusing, but offers a glimpse of what might be a commonplace shopping experience five years from now. You can get a glimpse yourself in our demo video below:

“Cashierless stores will have the same level of impact on retail as self-driving cars will have on transportation,” Inokyo co-founder Tony Francis tells me. “This is the future of retail. It’s inevitable that stores will become increasingly autonomous.”

Inokyo (rhymes with Tokyo) is now accepting signups for beta customers who want early access to its Mountain View store. The goal is to collect enough data to dictate the future product array and business model. Inokyo is deciding whether it wants to sell its technology as a service to other retail stores, run its own stores or work with brands to improve their product’s positioning based on in-store sensor data on custom behavior. 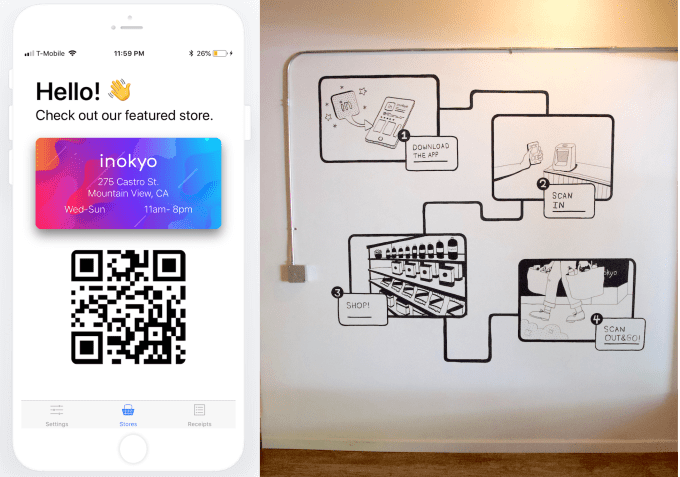 “We knew that building this technology in a lab somewhere wouldn’t yield a successful product,” says Francis. “Our hypothesis here is that whoever ships first, learns in the real world and iterates the fastest on this technology will be the ones to make these stores ubiquitous.” Inokyo might never rise into a retail giant ready to compete with Amazon and Whole Foods. But its tech could even the playing field, equipping smaller businesses with the tools to keep tech giants from having a monopoly on autonomous shopping experiences. 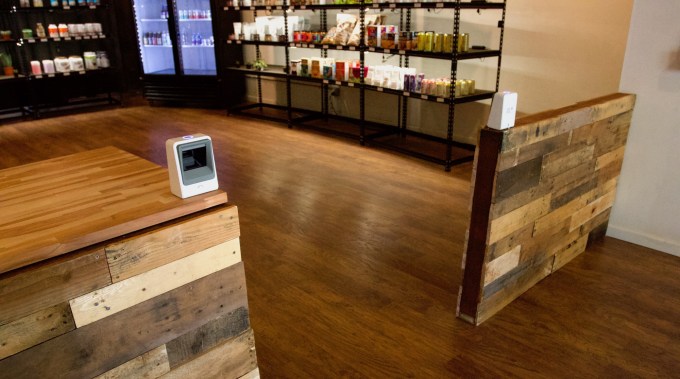 It’s about what cashiers do instead

“Amazon isn’t as ahead as we assumed,” Francis remarks. He and his co-founder Rameez Remsudeen took a trip to Seattle to see the Amazon Go store that first traded cashiers for cameras in the U.S. Still, they realized, “This experience can be magical.” The two met at Carnegie Mellon through machine learning classes before they went on to apply that knowledge at Instagram and Uber. The two decided that if they jumped into autonomous retail soon enough, they could still have a say in shaping its direction. 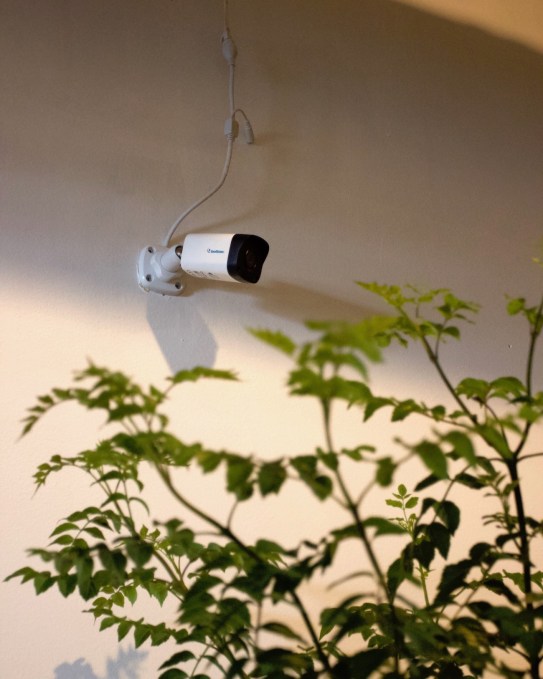 ext week, Inokyo will graduate from Y Combinator’s accelerator that provided its initial seed funding. In six weeks during the program, they found a retail space on Mountain View’s main drag, studied customer behaviors in traditional stores, built an initial product line and developed the technology to track what users are taking off the shelves.

Here’s how the Inokyo store works. You download its app and connect a payment method, and you get a QR code that you wave in front of a little sensor as you stroll into the shop. Overhead cameras will scan your body shape and clothing without facial recognition in order to track you as you move around the store. Meanwhile, on-shelf cameras track when products are picked up or put back. Combined, knowing who’s where and what’s grabbed lets it assign the items to your cart. You scan again on your way out, and later you get a receipt detailing the charges.

Originally, Inokyo actually didn’t make you scan on the way out, but it got the feedback that customers were scared they were actually stealing. The scan-out is more about peace of mind than engineering necessity. There is a subversive pleasure to feeling like, “well, if Inokyo didn’t catch all the stuff I chose, that’s not my problem.” And if you’re overcharged, there’s an in-app support button for getting a refund. 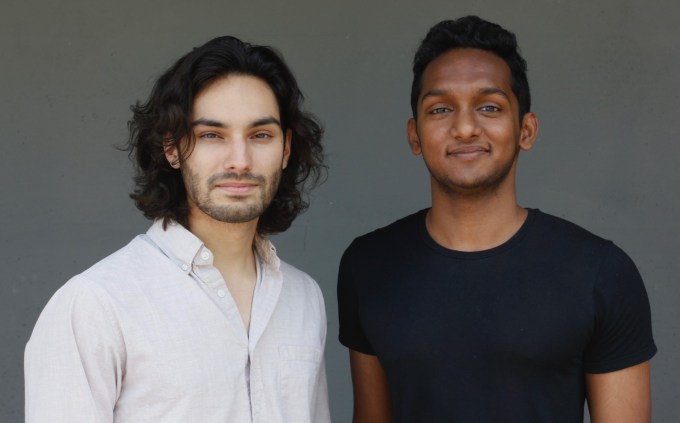 Inokyo was accurate in what it charged me despite me doing a few switcharoos with products I nabbed. But there were only about three people in the room at the time. The real test for these kinds of systems are when a rush of customers floods in and cameras have to differentiate between multiple similar-looking people. Inokyo will likely need to be more than 99 percent accurate to be more of a help than a headache. An autonomous store that constantly over- or undercharges would be more trouble than it’s worth, and patrons would just go to the nearest classic shop.

Just because autonomous retail stores will be cashier-less doesn’t mean they’ll have no staff. To maximize cost-cutting, they could just trust that people won’t loot it. However, Inokyo plans to have someone minding the shop to make sure people scan in the first place and to answer questions about the process. But there’s also an opportunity in reassigning labor from being cashiers to concierges that can recommend the best products or find what’s the right fit for the customer. These stores will be judged by the convenience of the holistic experience, not just the tech. At the very least, a single employee might be able to handle restocking, customer support and store maintenance once freed from cashier duties. 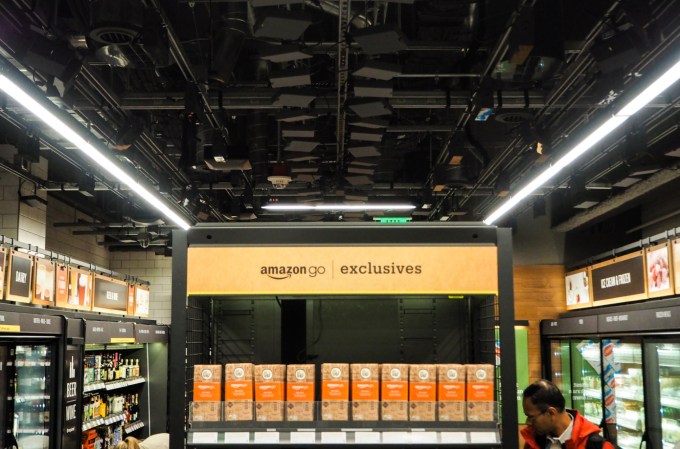 While Amazon Go uses cameras in a similar way to Inokyo, it also relies on weight sensors to track items. There are plenty of other companies chasing the cashierless dream. China’s BingoBox has nearly $100 million in funding and has more than 300 stores, though they use less sophisticated RFID tags. Fellow Y Combinator startup Standard Cognition has raised $5 million to equip old-school stores with autonomous camera-tech. AiFi does the same, but touts that its cameras can detect abnormal behavior that might signal someone is a shoplifter.

The store of the future seems like more and more of a sure thing. The race’s winner will be determined by who builds the most accurate tracking software, easy-to-install hardware and pleasant overall shopping flow. If this modular technology can cut costs and lines without alienating customers, we could see our local brick-and-mortars adapt quickly. The bigger question than if or even when this future arrives is what it will mean for the millions of workers who make their living running the checkout lane.