It seems like everyone is out there raising new funds in Southeast Asia. Weeks after we reported Golden Gate Ventures hit a first close on its third fund aimed at $100 million, so Openspace Ventures — the Singapore-based firm formerly known as NSI — has announced a final close of $135 million for its second fund.

Openspace specializes in Series A with a typical check size of $3 million to $5 million, and capital for follow-on deals. Goh told TechCrunch around the time of the first close that the plan is to expand the focus on startups operating marketplaces and/or the e-commerce space to cover emerging verticals such as fintech, health tech and education.

Chesson, his partner, said that in areas like healthcare, progress from startups has been “remarkable” while he sees “great opportunities” to develop new kinds of consumer-centric brands in e-commerce, both B2C and B2B.

Beyond vertical expansion, the firm may also seek opportunities in new geographies — it invested alongside Go-Jek in Bangladesh-based on-demand service Pathao, for example. It also plans to utilize local teams in Thailand, Indonesia and Vietnam and perhaps expand its network to more markets, too.

The target for the capital is Southeast Asia, a region of more than 650 million consumers where rising internet access is creating new opportunities for tech startups and internet-based businesses.

A report co-authored by Google last year forecast the region’s internet economy reaching $200 billion per year by 2025, up from $31 million in 2015. Already, Southeast Asia has more internet users than the U.S. population, and the total value of its digital economy was said to reach $50 million in 2017.

Between 2016 and 2017, investors pumped over $12 billion into Southeast Asia-based startups. It’s an impressive stat, but most of the capital was captured by the largest businesses and that’s why more seed and early-stage funds are needed — and are arriving — in the region. 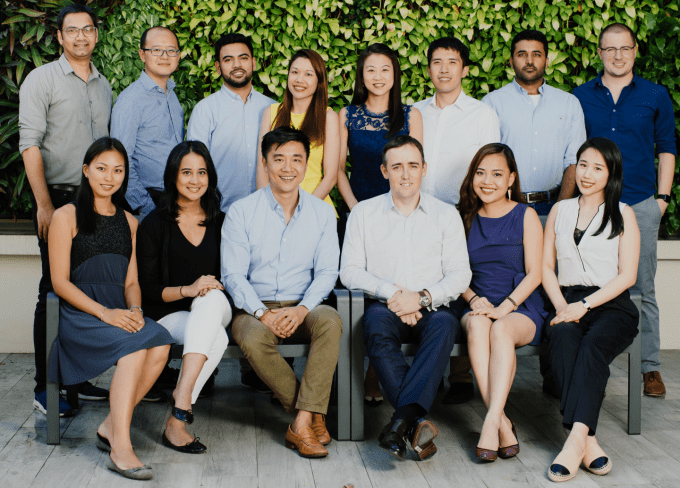 At investor level, there certainly seems to be a growing appetite among global LPs, the investors who fund the funds.

Openspace, for example, was originally targeting a $125 million raise, but the firm said it saw significant interest and so raised the additional figure to “embed deeper regional and operating capabilities” into its team.

“For most of these LPs, Openspace is their first and only investment in this region. For some, they have returned and increased their commitment since fund one,” Chesson told TechCrunch via email. “It has taken some time for LPs of this caliber to get comfortable with the region, but we are pleased that we now have the track record at the fund and the interest in the region to bring them on board.”

“This is a big change from a few years back and is a testament to all the entrepreneurs and ecosystem partners who have developed this market so rapidly. There is still much work to be done though in fulfilling the promise, realizing gains, filling in gaps in the regional capability set and we look forward to being part of this,” he added.

This second pot has already been open and, combined with a $90 million debut fund, the firm has backed 19 startups to date. That portfolio, it said, has raised over $2.6 billion in follow-on capital which, even without $2 billion from Go-Jek, is pretty impressive. Indeed, Openspace says its inaugural fund is ranked the third best performing VC fund in the 2003-2015 bracket, according to investment tracking service Preqin.